The Ford Puma 2020 Is A Wannabe SUV, Not The Sleek FWD Coupe You Might Have Expected It To Be!

The all-new Ford Puma is out and looks stunning in flesh. Surprisingly it is not an FWD sports coupe anymore, but a smart looking tiny crossover. Ford has apparently revived its famous coupe nameplate for a stylish city crossover that the contemporary world craves for! 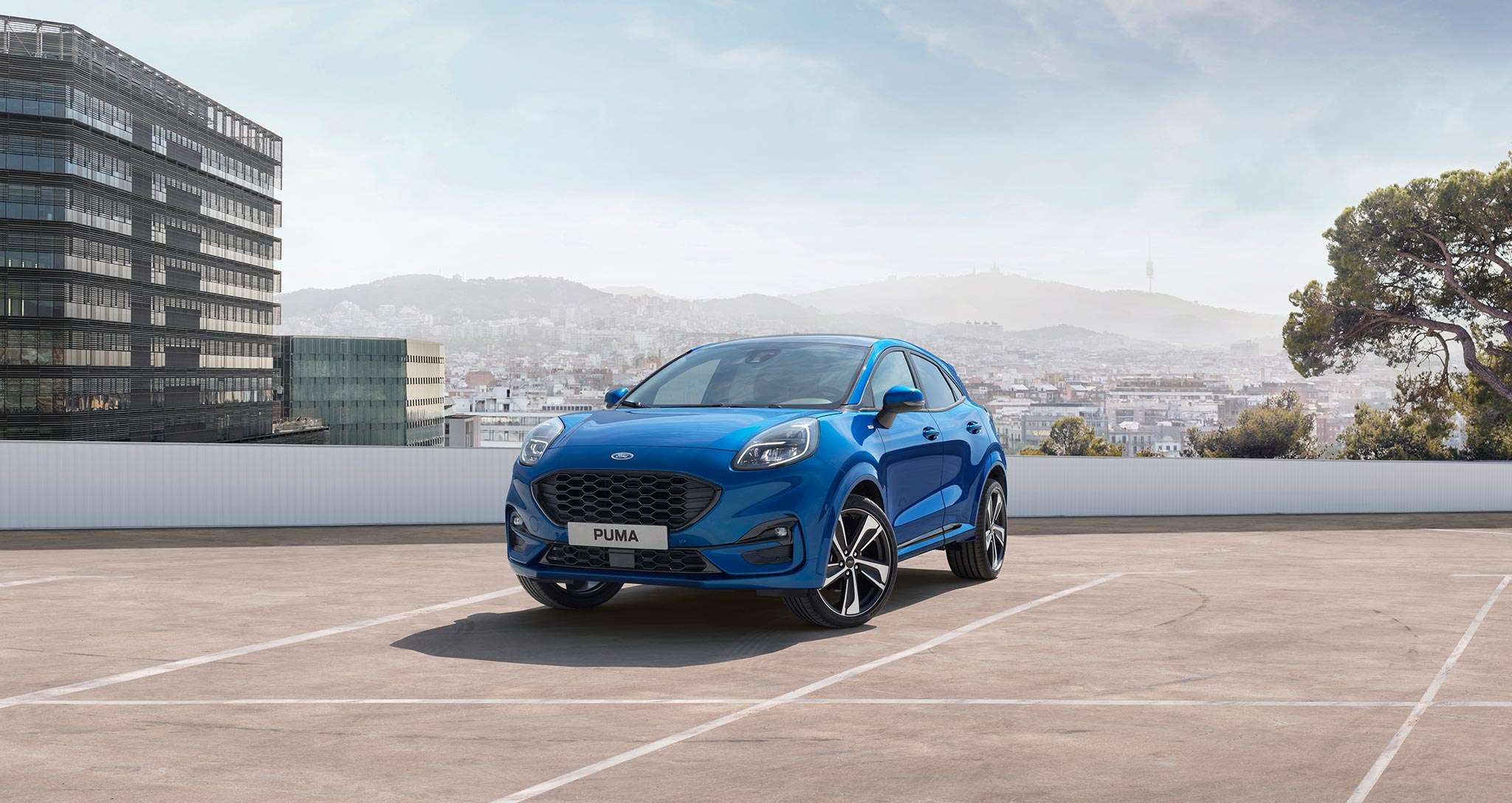 The manufacturer has given the Ford Puma SUV like stance and a jaw-dropping pool of tech inside! The Puma shares a fair bit with the Euro-spec Fiesta, be it the styling cues or the underpinnings, there is something or the other Fiesta-ish!

One could see a vague Fiesta in the profile of the Puma too. The car in question, however, gets a much rounder, happier front clip and a raised ride height. The headlamps pay homage to the original Puma coupe from the 90s.

The range-topping ST-Line gets an even sportier and more aggressive design with fascinating bits like LED headlights and taillights on offer as well. 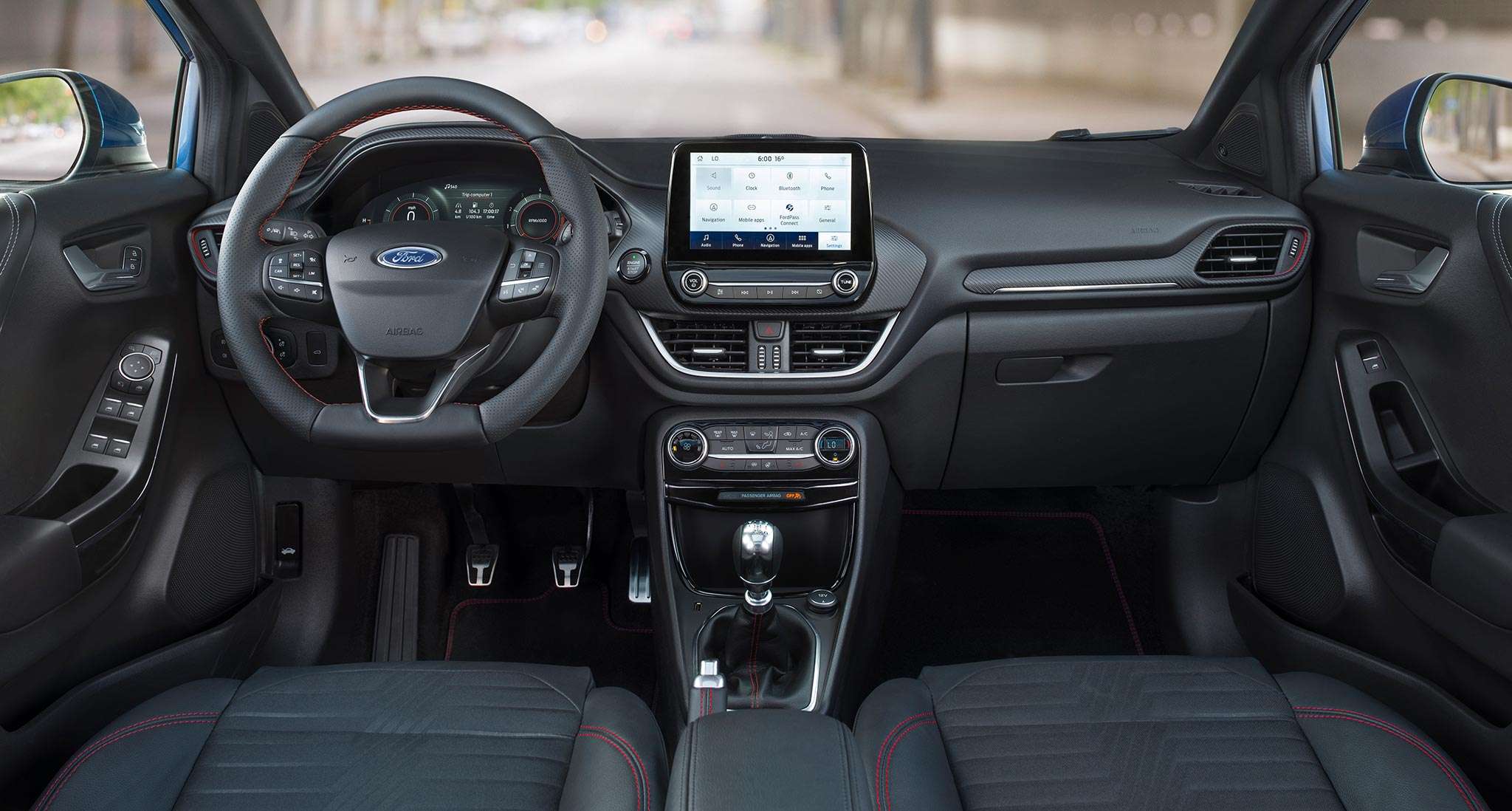 2020 Ford Mustang Mach E Surfaces, Is A Gorgeous All…

The Ford Mustang Mach E Will Soon Be Out, Watch It LIVE…

Flamboyance sees no limits in the Ford Puma interior either. The cabin resembles that of the Fiesta to a great extent. The car hosts a plethora of tech and equipment. Stuff active cruise control, automatic emergency braking, pedestrian detection, and lane-keep assist, 180-degree wide-view rear camera with its display integrated into the 8-inch touch screen, 12.3-inch digital instrument cluster screen, Ford’s CoPilot360 limited autonomous system are all part of the Puma. There are even massaging seats available on the top-spec trim! 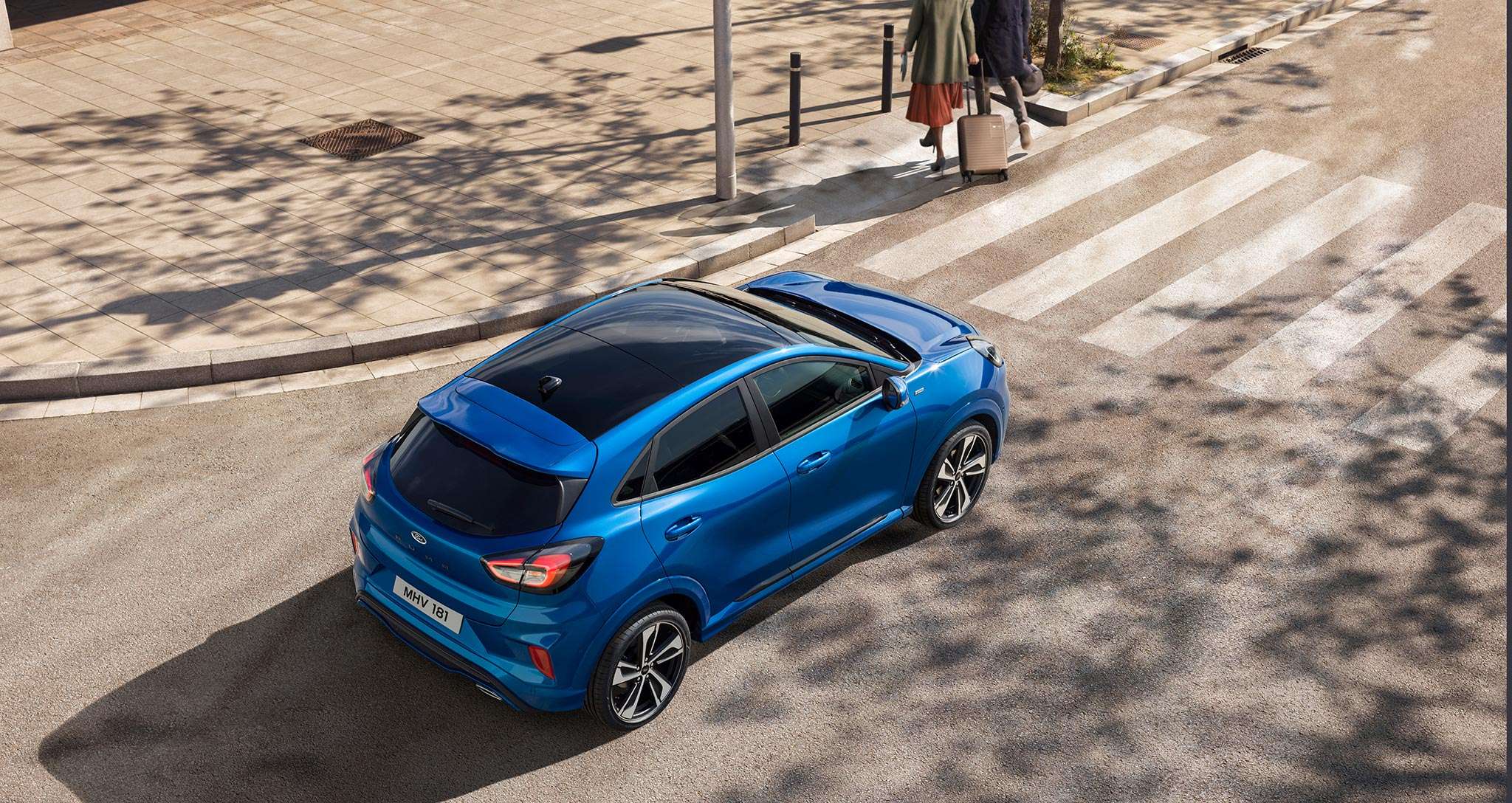 There has been no exact word on the dimensional figures of the Ford Puma yet. But it definitely has the best in class cargo capacity of 456 liters! Thanks for this be to the clever boot design that lets the boot floor to be removed so as to arrange for extra room with the rear seats still up. All these seem to have been drawn with the need for added utility for a crossover in mind, well done Ford! 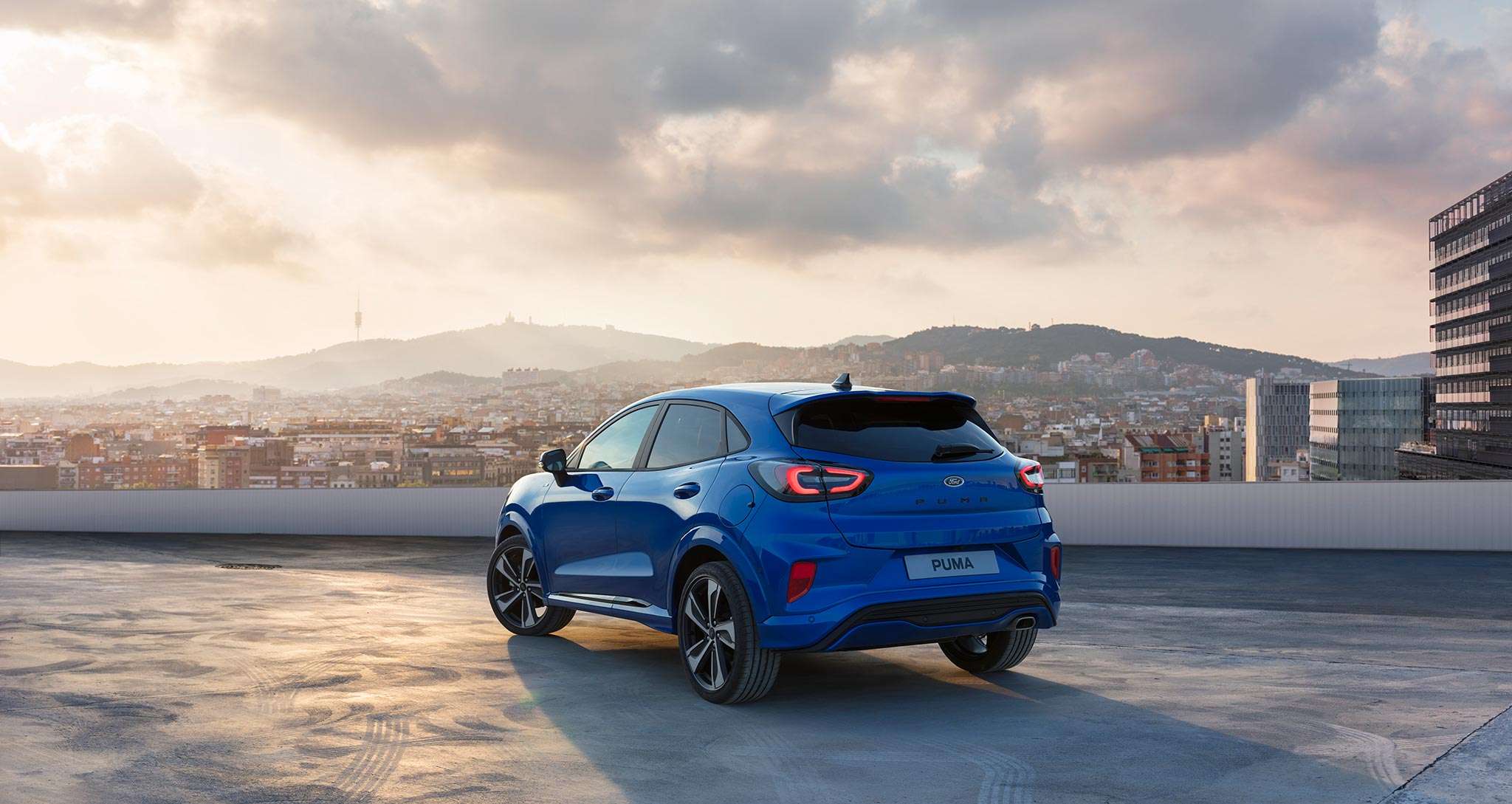 Talking about the specifications, the new Puma doesn’t get the hair raising 1.4 or 1.7L mills from the 90’s car. One should not expect the Ford Puma engine to be anything north of a 1.0L Ecoboost 3 cylinder unit. The power figures could either be a 123hp or a 153hp peak. There would, however, be a 48 Volt mild hybrid system on offer. A diesel might also come on a later phase.

The placement of the new Puma would not be as an Ecosport replacement, but as a more stylish, urbane looking brother, and a higher offering to the popular Ford Fiesta Active.  The Ford Puma 2020 is currently not slated for the US markets. Let’s hope Ford change their mind sometime soon!

The BMW Motorrad Vision DC Roadster Revealed And Looks Stunning As The Stars!

2020 Ford Mustang Mach E Surfaces, Is A Gorgeous All Electric SUV With An Epic 300…

The Ford Mustang Mach E Will Soon Be Out, Watch It LIVE Here!

Ford Mach E | Ford Motor Company To Smash Its Way Into The EV Bandwagon The Mach-E!