We try to answer some of the key queries regarding the Lamborghini Huracan Evo RWD, in detail…

The Lamborghini Huracan Evo had gotten its third iteration globally, back in January 2020. It was then that the Huracan Evo RWD had made its international debut. Hardly a month past the same, now we have the supercar join its elder siblings- the Huracan EVO and the EVO Spyder, in the Indian market as well. Here are some of the key questions on the Huracan Evo RWD answered in detail…

What Exactly Is The Lamborghini Huracan EVO RWD?

Well, if you might recall, the Huracan EVO has been an 4WD equipped machine since inception. It had definitely lacked the fun of crude RWD and oodles of sheer sideways action back then. This new car here, is essentially the Rear Wheel Drive guise of the regular EVO. On a more precise note, the entire 600+ hp gets directed to the rear wheels of the car! Yes, this Lamborghini does give you fair chances of epic sideways action. The driver is indeed in full charge here.

Leave the least to the car, do the most of the fun all by yourself, that is what I would have told you, were you interested in hopping into the driver’s seat of this mighty mean machine… 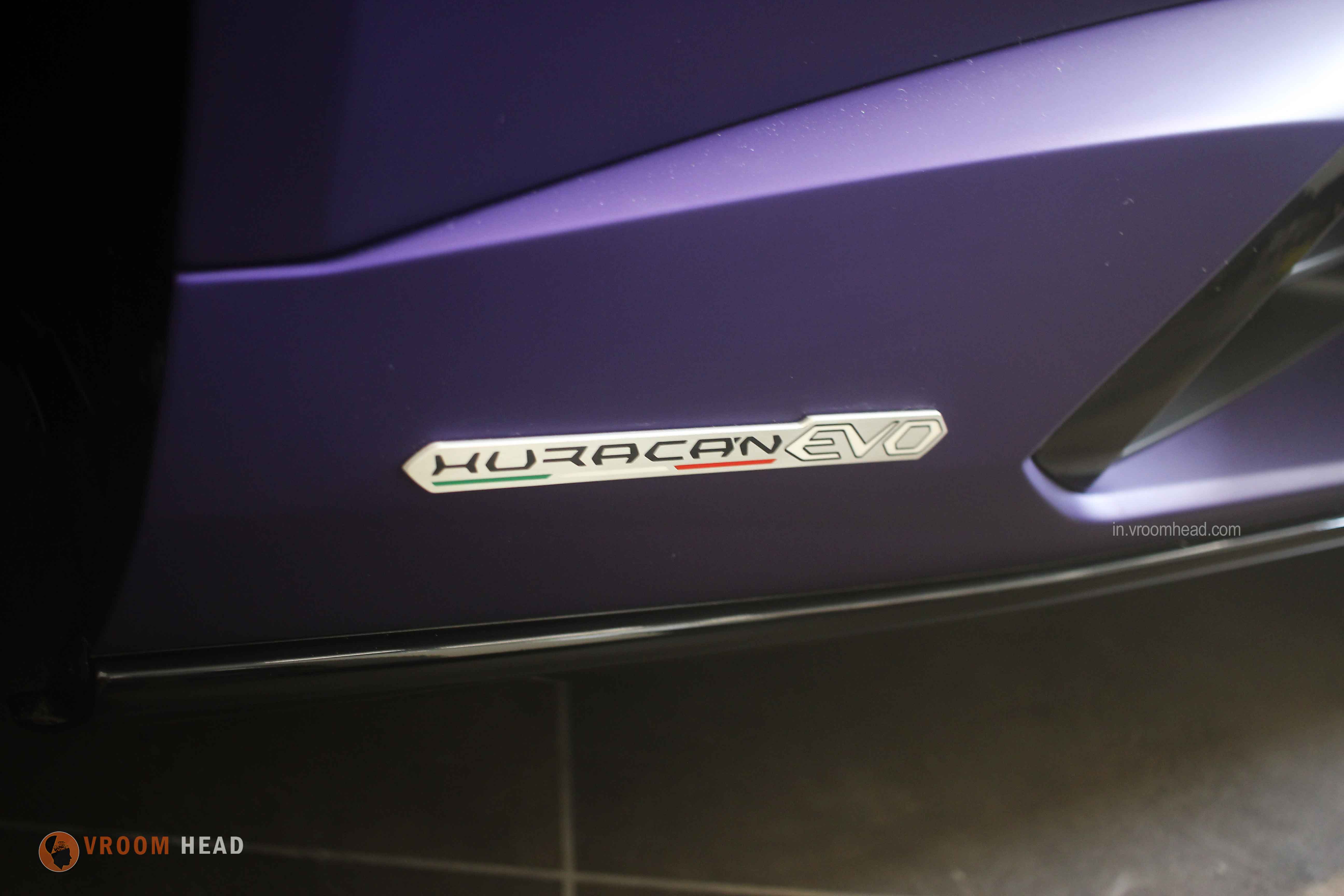 Having said that the Huracan EVO RWD is a fresh and new car altogether, one would really expect it to have a host of exclusive design changes on the exterior, as I did. Here is how it stands out from the regular Huracan EVO in terms of exterior design:

What Is It Like To Be Inside The Cabin Of One?

The overall design of the cockpit would seem much familiar and ‘Immensely Huracan’ right in the first go. What stands out here is the large touch screen infotainment unit incorporated beautifully into the central tunnel. This ‘human-machine interface’, as Lamborghini calls it, provides for a highly sophisticated touchscreen experience for the driver. The large 8.4-inch screen is mounted vertically and in very much in keeping with the overall dash design. 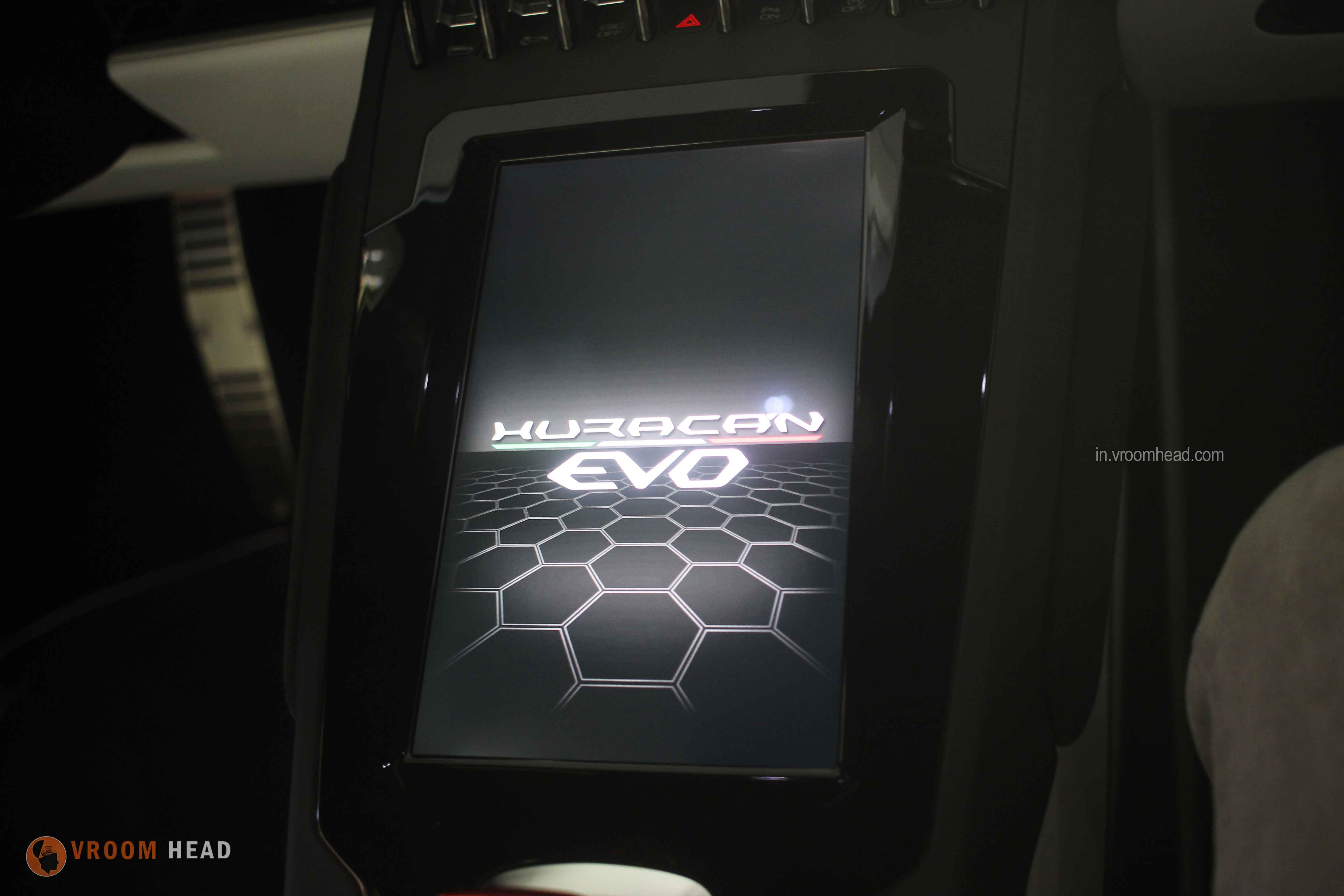 The screen can also be used for adjusting the cabin’s ambient lighting system too, were you to opt for the optional package. Lamborghini has also beautifully integrated its latest generation connected car tech into this interface, along with the customary Apple CarPlay and Android Auto. It has not been long since the carmaker came up with Amazon Alexa equipped Huracan Evo globally. The same finds a place in the RWD guise as well. 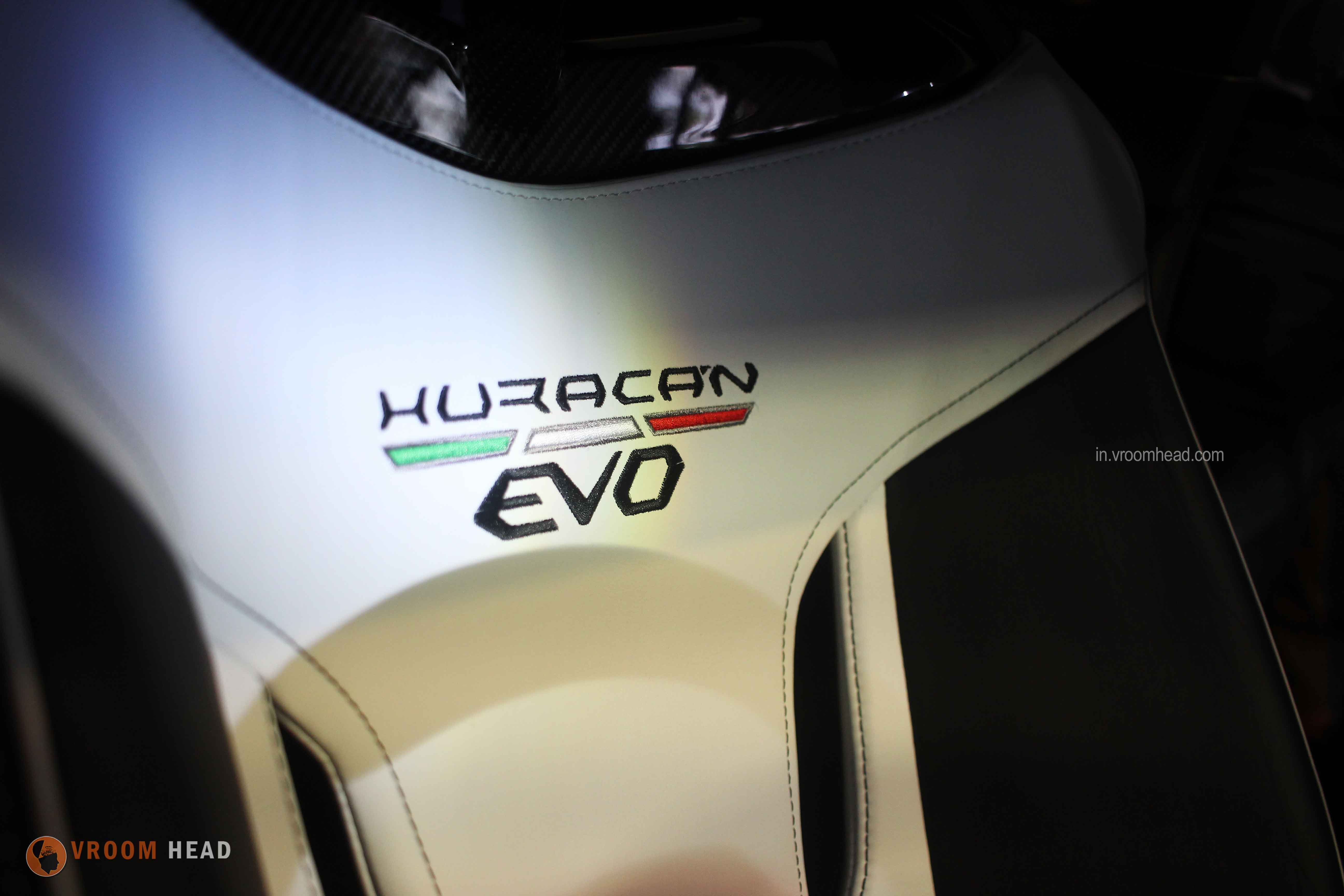 There are pure leather and Alcantara upholsteries to choose from, amidst a bunch of other customization options.

Engine, Transmission And Other Key Specifications?

The Lamborghini Huracan EVO RWD gets the carmaker’s familiar 5.2L V10 gasoline engine, tuned to deliver 610hp and 560Nm on tap. The mill comes mated to a 7-speed DCT. Along with the 4 Wheel Drive system, the car has also shed a number of other equipment like the rear-wheel steering mechanism to quote one. All these have but shaved decent chunks off the net kerb weight of the RWD Huracan Evo. Thus what we are left with is a lighter car with over 600hp being sent entirely to the rear wheels. This makes up for a mean, badass driver’s toy… 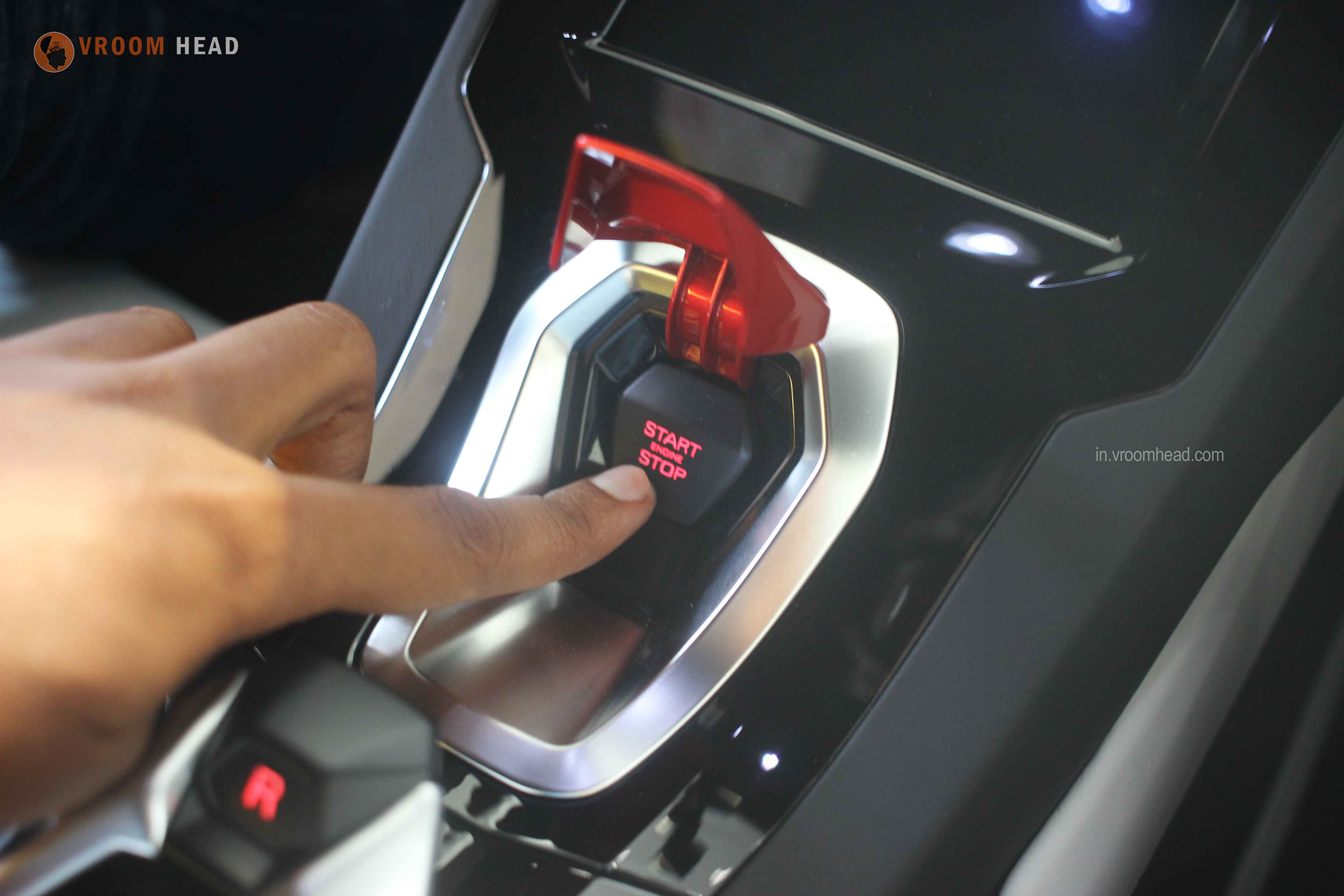 Zero to hundred comes in as quick as in 3.3 seconds (0-200 in 9.3 seconds) and the car has a top speed of around 325kmph. This is no whip for mere straight-line sprints, the cream here are the corners! You can hit the corners fast and leave with minimal drops in momentum, it is that tamed and tuned a beast despite being a rear-wheel driven, thanks to the supercool traction control tech onboard…

What’s So Special With The Traction Control Here? 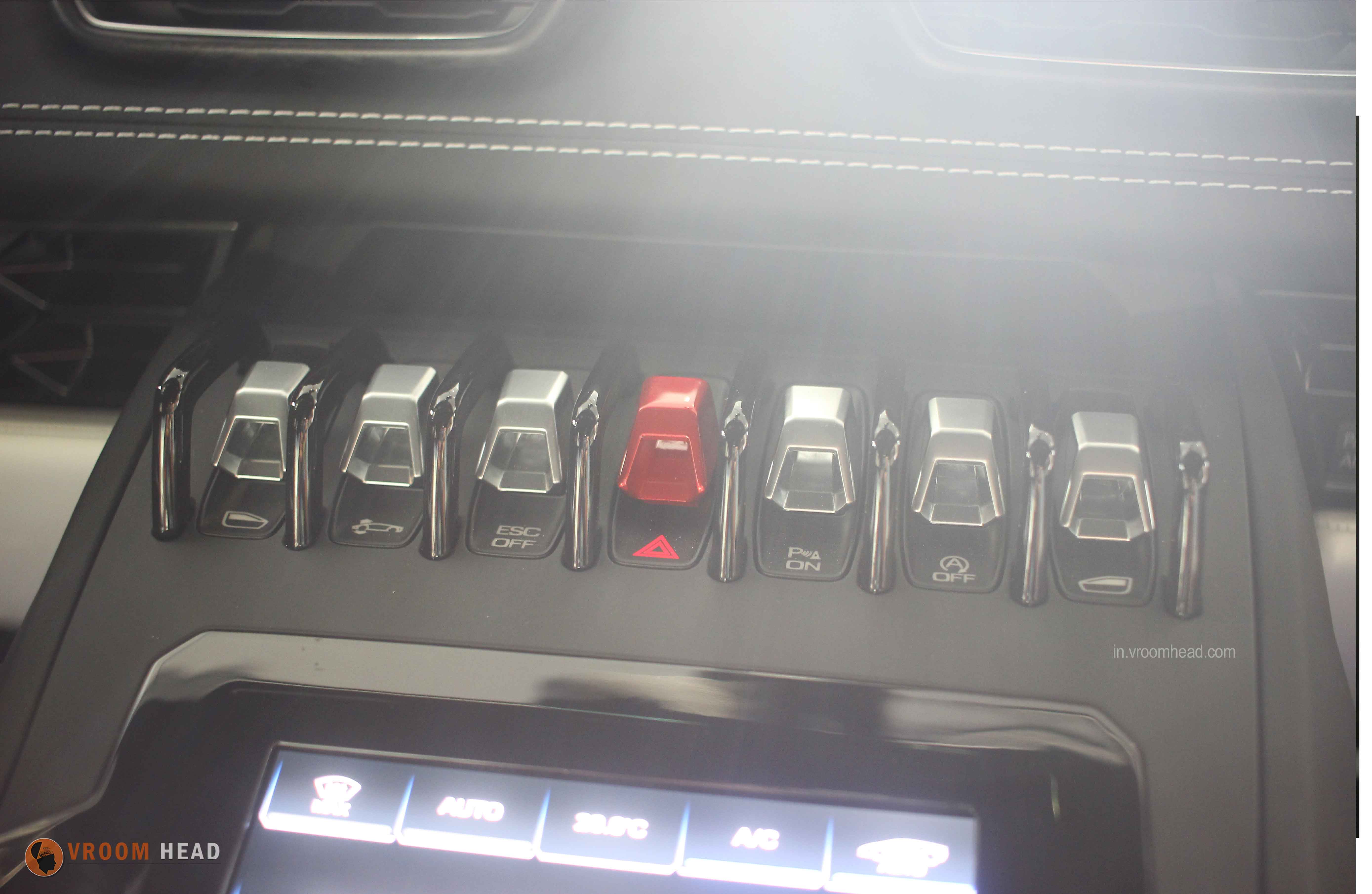 In spite of the hiked power and the RWD onboard, there exists a grave need for an efficient traction control that could keep things under control at all times. The Huracan Evo RWD gets the carmaker’s latest Performance Traction Control System (P-TCS), specially tuned to handle the increased grunt the way it should be. This system ensures ample torque delivery even when the car is realigning itself after a sideways run. (I should tell you here, that a normal Traction control system waits for the car to become absolutely stable before it lets out torque again, providing for a slower exit from the corner) 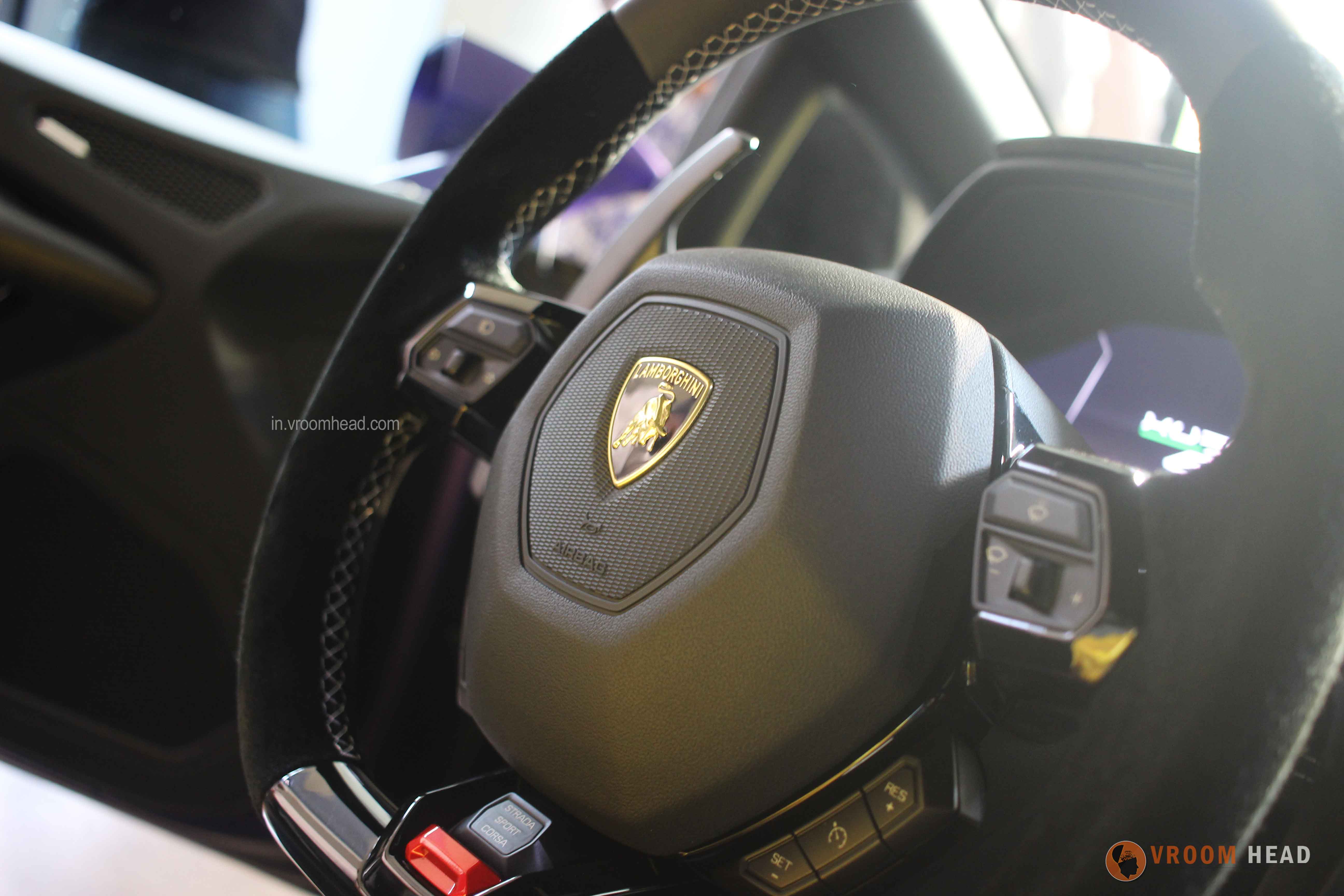 Is It Still All About Personalization?

Well, YES! Automobili Lamborghini provides a vast pool of customization options to the Huracan Evo RWD. There are a number of dashing exterior paint schemes (The one you see here is called ‘Viola Mel’ and looks quite befitting for a ‘rich man’s party shade’ to my eyes) and enthralling interior trims to choose from. A long list of branded accessories from the marque further adds to this bash! 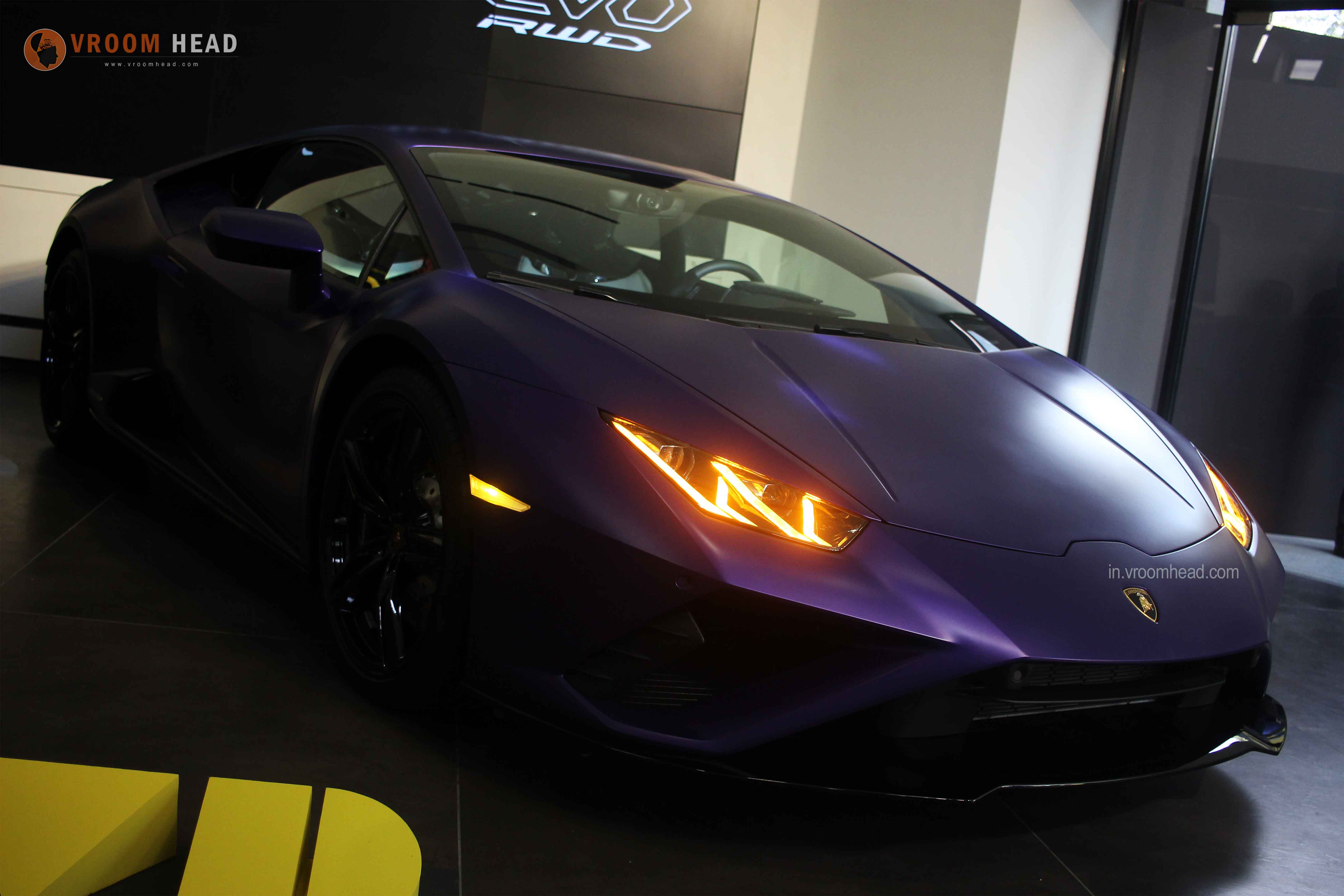 Let me just put it straight, the 2020 Lamborghini Huracan Evo RWD price in India starts from INR 3.22 Crore (PAN India). No further comments on this!