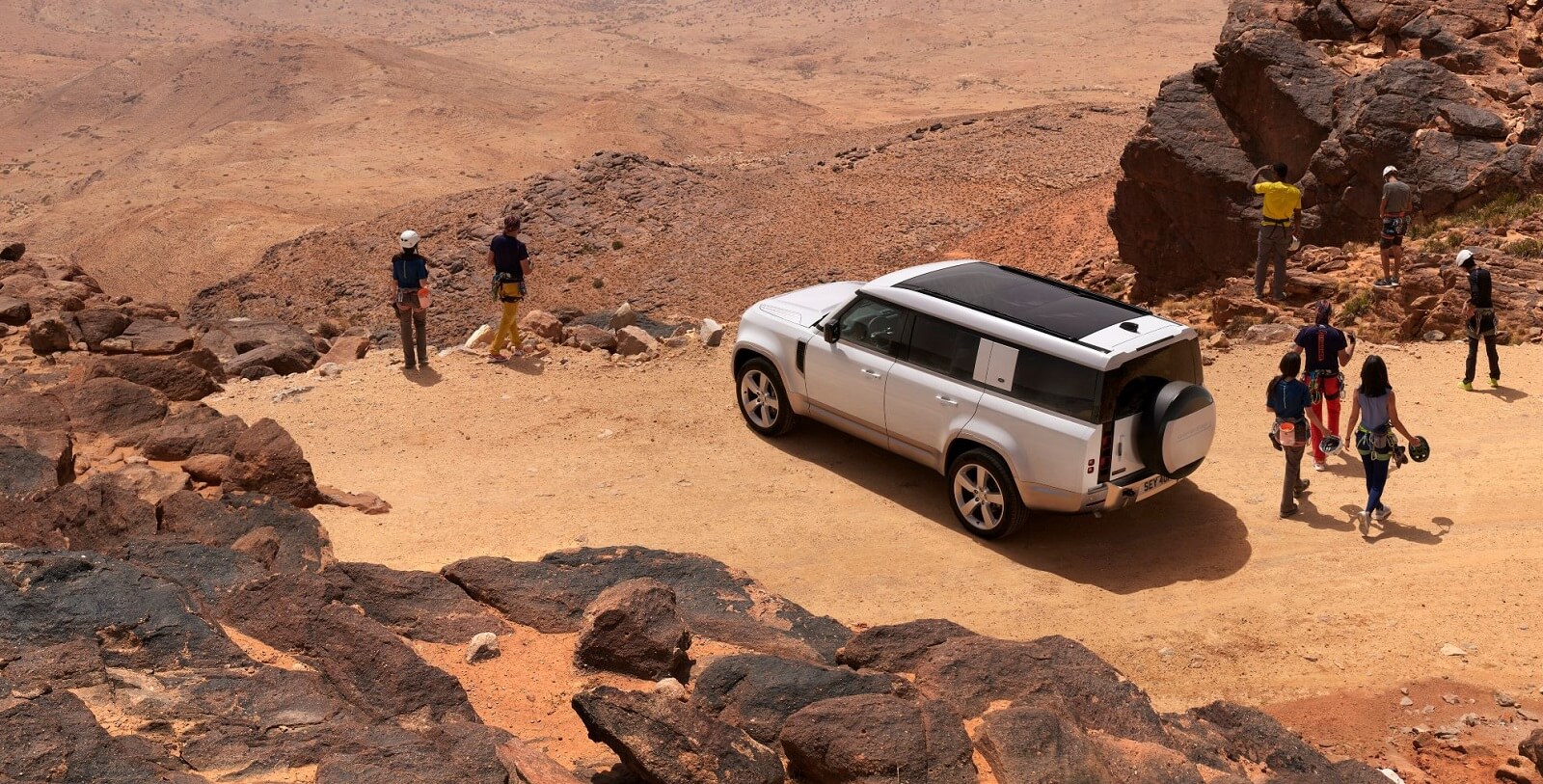 The 8-seater would be the new range-topper in the Defender family.

Land Rover has finally taken the wraps off the new Defender 130. The Defender has been a legendary nameplate in the global SUV scene and so has been the 130 body style. For those who aren’t yet familiar, the original Defender (L316) had three distinct body styles to it- 90,110, and 130. The 110 was the regular offroader, 90 short wheelbase and 130 the extended wheelbase version (known as the Land Rover 127 1985).

Ever since the new Defender (L663) made its premiere, we have been expecting Land Rover to revive the130 as well. Here it is finally, and there is a lot to be excited about…

There are a total of four trims available on the new Defender 130- SE, HSE, X-Dynamic and X. In addition to these, there would also be a limited-run First Edition in three carefully curated colorway- combos. It essentially builds on the HSE.

Defender 130: The Largest Of All Defenders!

The new Defender 130 is significantly larger than the 110. The LWB Defender gets 340mm of additional length over the 110, towards the rear. The rear overhang now spans 1491 mm. The interesting bit here is that the extra bulk comes after the C pillar, till which the silhouette remains identical to that of the Defender 110.

The overall length tipping at 5358 mm essentially makes the Defender 130 larger than most luxury SUVs, like the BMW X7 for instance. The epic exterior dimensions translate to a huge cabin. The new Defender 130 offers three rows of seats with ample space, and a huge 2,516 liters of load space with the rear rows down. Up to 8 adults can be seated in the vehicle, which also is the only mainstream SUV in Europe today to seat more than 7.

The overall exterior design remains unchanged from those of the other Defender models. The key change on the exterior would be the additional mass you would see on the silhouette. Minor changes can be found on the rear light surrounds, hood, and the body lines. There are now Narvik Black roof rails, Cere Silver detailing on bonnet louvres, refreshed side fenders, and a new Sedona Red exterior colorway.

The cabin gets new colors and materials on the new Defender 130. The biggest highlight here is space management. There is of course a lot of space inside, but no bit of it seems to have been wasted or badly designed. The seats get a stadium layout. Each row here sits slightly elevated than its immediate front row. This provides good visibility to all occupants. A strong focus has been placed on the overall practicality too.

Access to the third row is to be had by sliding and folding the middle row, a process that Land Rover claims to be ‘effortless’. Going by the vehicle dimensions, the third row should have good headroom for 3 adults.

There would be a lot of interesting features on the 130 including a few exclusive to the 8-seater. An 11.4-inch curved touchscreen infotainment system (largest yet on the new Defender) with the latest Pivi Pro engine, Meridian audio, dual panoramic sunroofs, advanced keyless entry, an optional four-zone climate control (exclusive to the 130), cabin air purification, connected tech, and ventilated seats are all on the list.

The platform has been carefully engineered to not lose out much on offroad capabilities even with the larger rear overhang. Land Rover reveals that due to some ‘subtle boat-tail uplift’ implemented on the lower body and towards the rear, the departure angle remains to be 28.5 degrees. While this might be considerably lower than the Defender 110’s 40 degrees, it is still great in the 130’s segment.

The new Defender 130 gets electronic air suspension as standard, and thus offers up to 430mm of articulation and 900 mm of water wading. The 290 mm ground clearance would further contribute to the overall off-roading prowess. The vehicle also gets Land Rover’s Terrain Response 2 tech. This could simply be the toughest and the most hardcore 8-seater you can buy today!

Jaguar Land Rover India has not yet revealed anything around the 130’s India debut. However, going by the general brand strategy, it shouldn’t be wrong to expect the Defender 130 to make its India debut in the near future. The manufacturer has recently been bringing in all important models to our shores without much delay- the new Range Rover and Range Rover Sport being some recent examples.