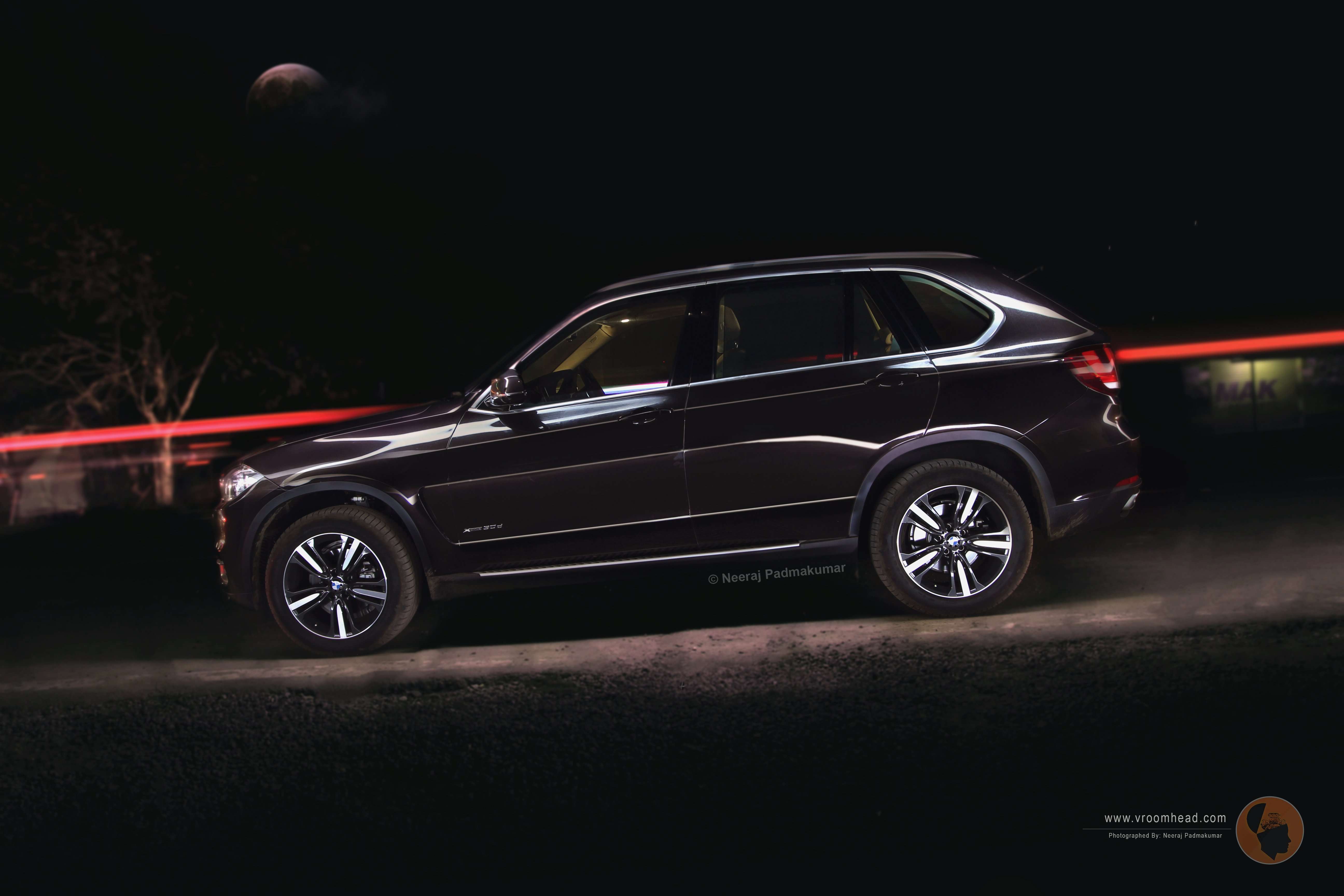 Despite its age, the third generation (F15) BMW X5 still appears to be a thoroughly enticing package. Here’s why…

Yes, we know what you are thinking. It is right that the F15 BMW X5,  the third generation of the much sought after luxury SAV (that’s how BMW likes to address its SUVs) has grown a tad too old today. Its successor, the fourth generation G05 model has already made its way to the global markets and is heard to reach the Indian shores by mid-2019. Of course the G05 X5 is a much more upmarket and appealing package altogether, packing lot more equipment, tech and a meaner V8, but all these aren’t enough to impart any ’80’s grandpa’ overtones on the F15. It still seems desirable and worth a buy, to many. Here are 3 reasons why we think one should still feel no hesitation in buying a F15: 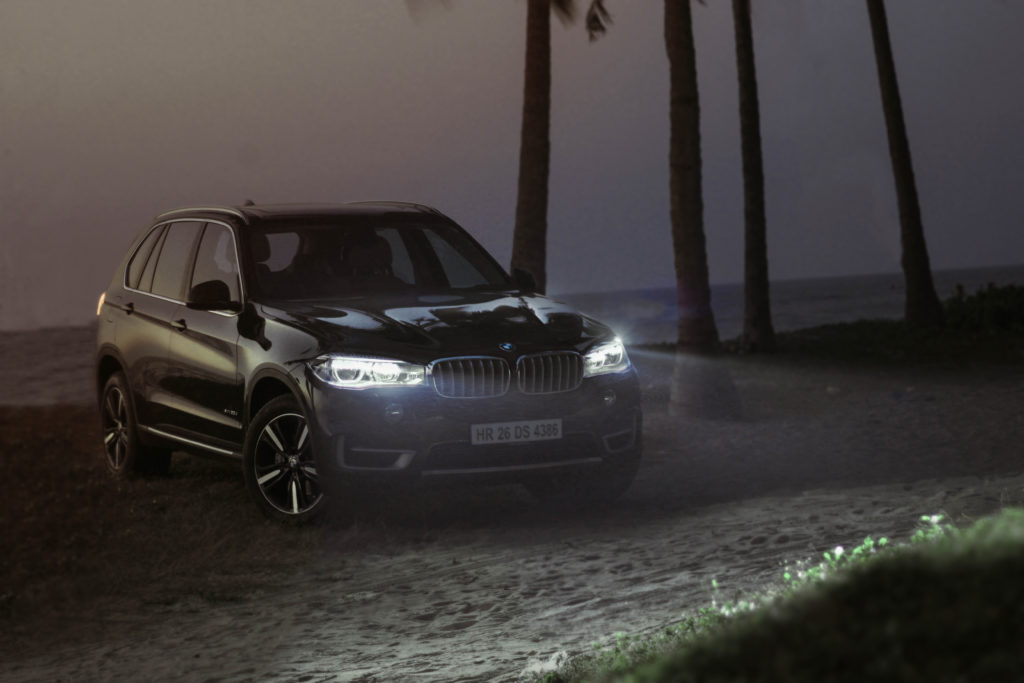 The X5 is an SUV that has a stance that is rather imposing than intimidating. It is a fairly tall machine that stands on mighty 19 inchers. The commentable width of the cabin and the SUV exclusive ground clearance aid the rich exterior design well in creating a massive road presence.

The exterior design of the third generation vehicle sees a great leap ahead from the second, with a more powerful alert front-end look now making it more appealing to the young. The twin circular headlamps (which by the way, are LED units) extend all the way up to the large kidney grille, typical of every BMW. The air dams too are much pronounced on the regular car (or the design pure experience package) and get even sportier on the Msport trim that has an M spec aerodynamic kit.

The added impact of the elegantly stretched silhouette comes from the detailed array of fashionable lines and the graceful 19-inch wheels. The rear looks hot as well, with a fine looking tail lamp cluster and a sporty rear bumper stealing the show. To sum it up, one could still buy the F15 X5 just for the way it looks and the number of heads it turns!

2. The Luxury And Tech Onboard! 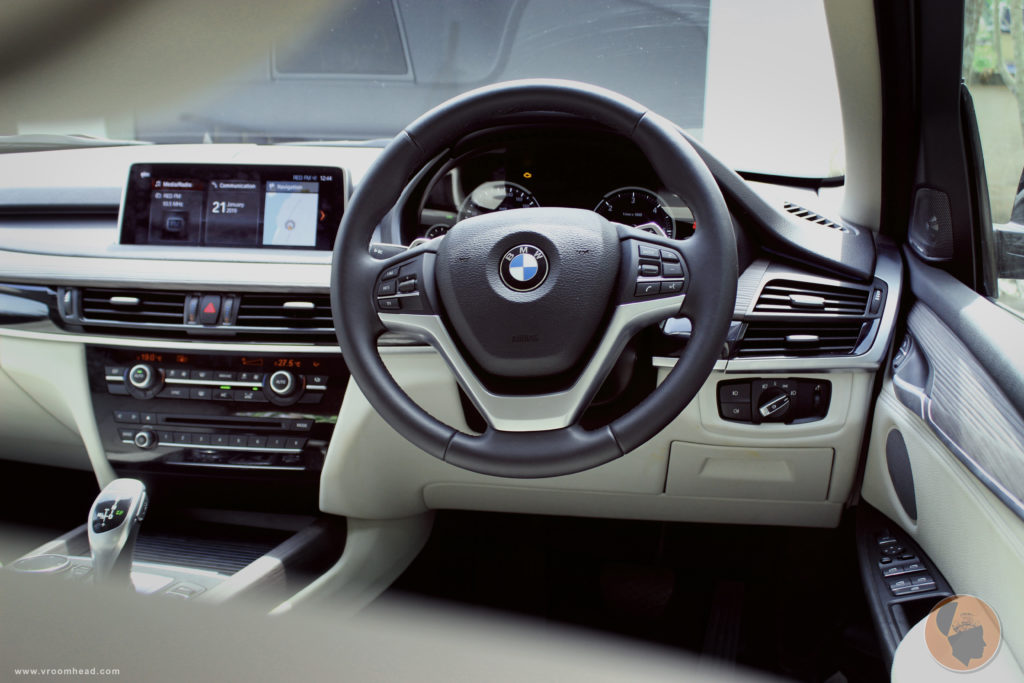 In the contemporary world, the technology and luxury bits on offer on the third generation X5 are surely not the best, but they do exist in good numbers!

The cabin is pleasant, airy and the least claustrophobic, thanks to the prominent windows and the large panoramic sunroof. There is generous space in both the rows (the X5 usually seats 5, a third row can, however, be had as an option ) and the rear seats boast of reclining function as well. The rear gets ample comfort and luxury bits like two-zone rear climate control and a central armrest with storage spaces and glass holders. The central tunnel is not that meek and thus, we recommend the car to be used as a 4 seater.

The front seats also offer a number of ‘essential’ luxury features starting with the motorised front seats, and extending all the way up to a dual-zone climate control and a 10.25-inch infotainment screen. The cabin also has an ambient lighting system comprising LED units running along the contours of the cabin, and can be tuned to shower Blue, White and Orange lights to suit your mood.

The plastics and the build quality are clearly as premium as the plush upholstery. The third-gen BMW X5 also gets the carmaker’s characteristic iDrive technology with an integrated touch controller hosting a touch-sensitive surface for handwriting entry. It ought to be said here that this handwriting touch input is not as efficient as the ones on other modern day machines, yet another area where the third-gen BMW X5 shows its age. We are sure that the fourth generation model would do away with this con. The Harman Kardon sound system offers incredible auditory experience with its surround sound system.

The large 650L boot offers impressive storage abilities, which can be further boosted to a whopping 1870 litres by folding the second row down. The tailgate, with its ability to be operated by the press of a button, adds to the comfort and convenience inside. 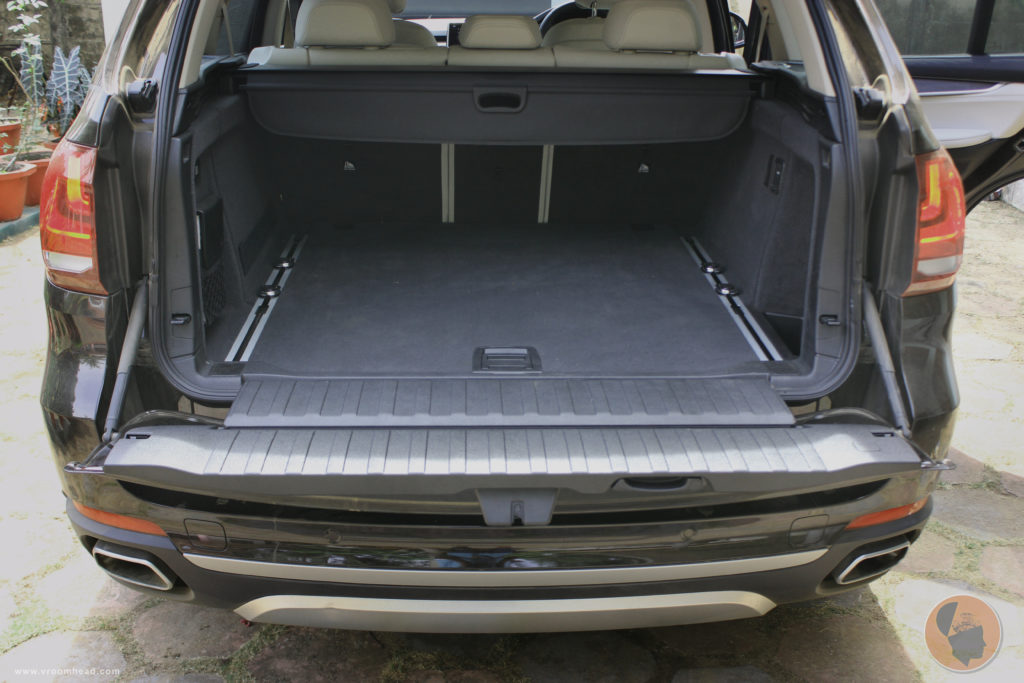 3. Sheer Driving Pleasure- The Right Car For All Your Moods!

This is definitely the number one reason to go for a BMW amidst all those flashy luxury SUVs out there!. The X5 is definitely the most engaging car to drive, in its segment. Under the hood of this machine is a 6 cylinder inline six diesel engine that is good to let out a healthy 258hp (190 kW) of power and 560 Nm (413 lb-ft) of torque. This 3-litre mill has undergone major revisions in the third generation car and now gets BMW’s TwinPower Turbo technology as well. The peak torque comes in as low as between 1500 and 3000 rpms ensuring that the two tonne SUV sprints to 60mph as fast as in 6.9 seconds! The X5 has 230kmph (143 mph) as its top speed. 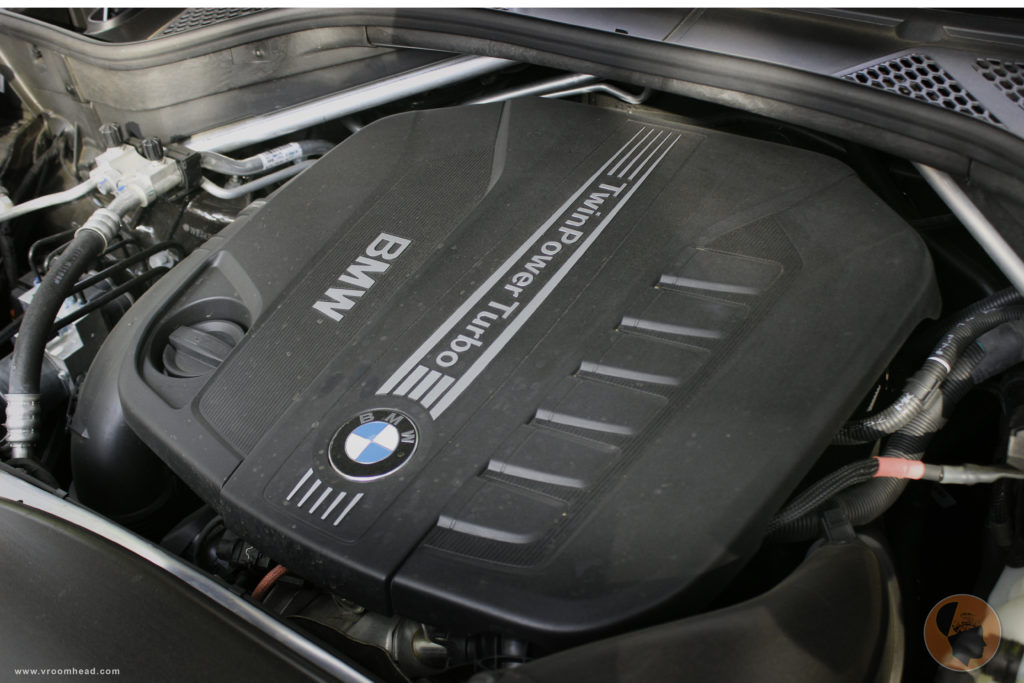 The F15 X5 has integrated into its design, functional air intakes and specially designed drag-reducing air curtains that so direct the airstream as to obtain a class-leading drag coefficient (Cd) of 0.31. All these mean that the vehicle gains and maintains speeds efficiently. The instrument cluster and dials inside the cabin have also been designed to suit the convenience of the driver to the fullest.  The EPS is very efficient and responsive. You do feel like driving something huge, but definitely won’t get tired of it ever. The X5 seems to be very agile and handy despite its size, thanks to the host of driver aids onboard. The 8-Speed Steptronic Sport Automatic Transmission, with its sharp- quick shifts, does a good job in completing the car’s on-road excellence.

BMW’s Efficient Dynamics tech has had major updates on the X5. The addition of the ECOPRO mode with coasting function means that this humongous monster now returns an efficiency figure of over 11 kmpl (26 mpg) on highways!

Thus full marks for the X5’s highway life. Up next is the off-road saga. The X5 gets BMW’s own xDrive all-wheel drive technology with status display that proves to be of great use while tackling mild terrains. To sum it up, the X5 turns out to be a top dog on highway runs and adventure trails alike. Should you desire to be chauffeured, the comfy rear seat is all you would ever need! Thus the X5 is one car that would suit all your moods! 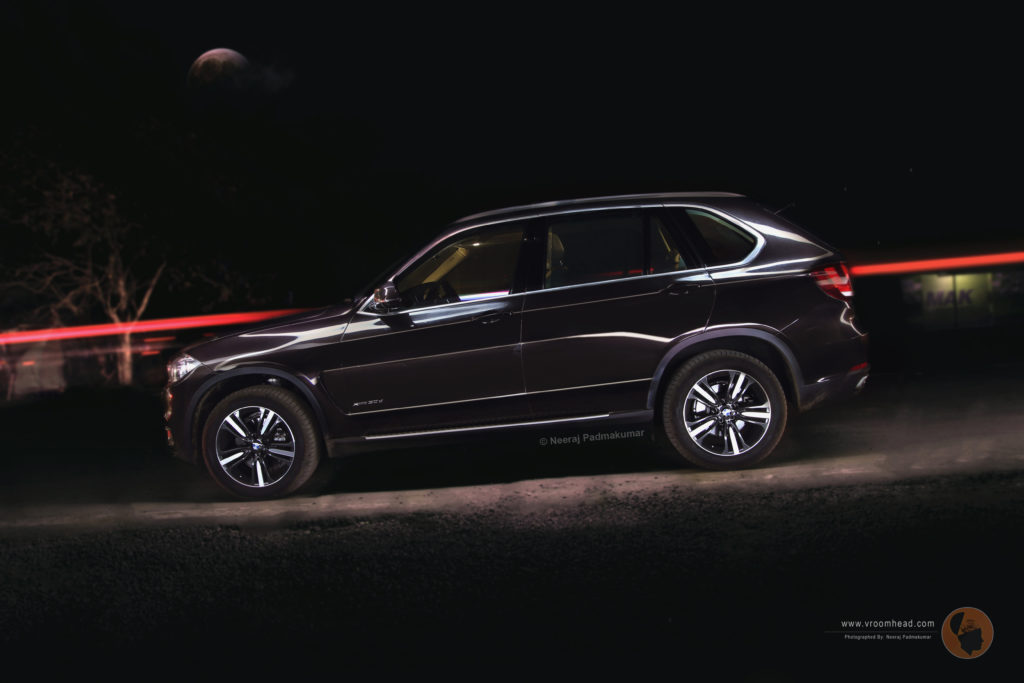