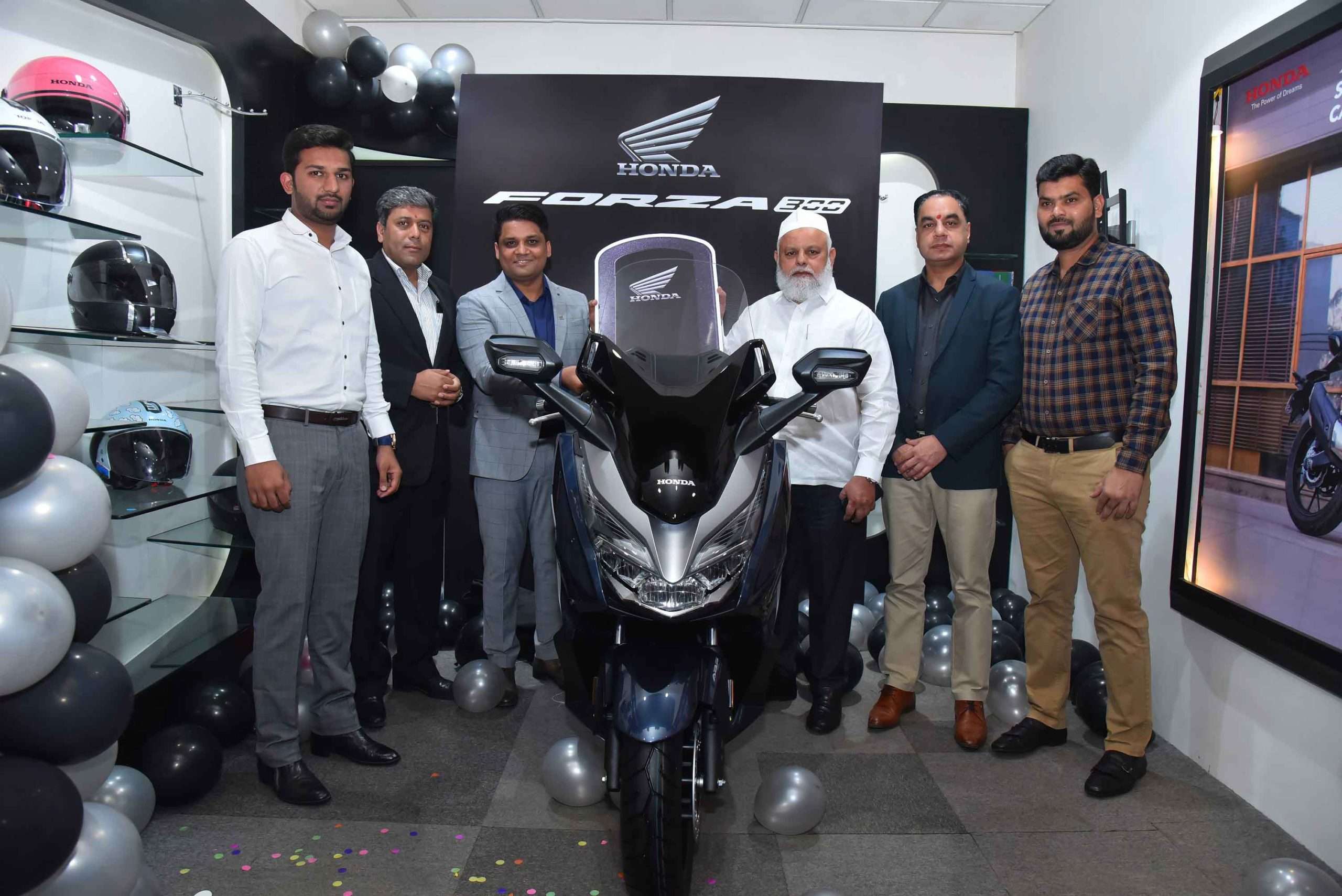 Honda Motorcycles has kick-started the era of premium scootering in India by delivering the first few units of the all-new Honda Forza 300 flagship scooter here. The Forza 300 has thus become India’s first mid-size offering in the scooters’ arena. The scooter gets a magnificent exterior design that flaunts ample flair and attitude.

Built on a tubular steel frame with a short wheelbase of 1510mm, it gets 15-inch wheels at the front and 14 inchers at the rear. The Honda Forza 300, as the name indicates, comes powered by a 279cc, liquid-cooled, FI, SOHC, four-valve engine that is good to give out 24.8bhp at 7000 rpm. Forza also gets Honda’s latest-gen Honda Selectable Torque Control (HSTC) tech, that helps in maintaining ample rear wheel traction at all times. HSTC can be switched off if not desired.

Honda Motorcycles had showcased a set of pre-booked Forza 300s at Honda Big Wing in Gurugram recently. The scooter had then amassed massive response from the public. This has, as per the officials, led to the company bringing in the model to India so soon. Honda has commenced the deliveries of around 4 units of the scooter now.

Speaking on the occasion, Mr. Minoru Kato, President, CEO and MD, Honda Motorcycle and Scooter India Pvt. Ltd. said, “Honda has a global legacy of fun model line-up. With the introduction of Forza 300 we are proud to take the wave of scooterization to next level. It will not only establish Honda as the pioneer in the mid-size scooter segment but will also help us cater to a new dimension of customers, who seek luxury and the joy of riding.”