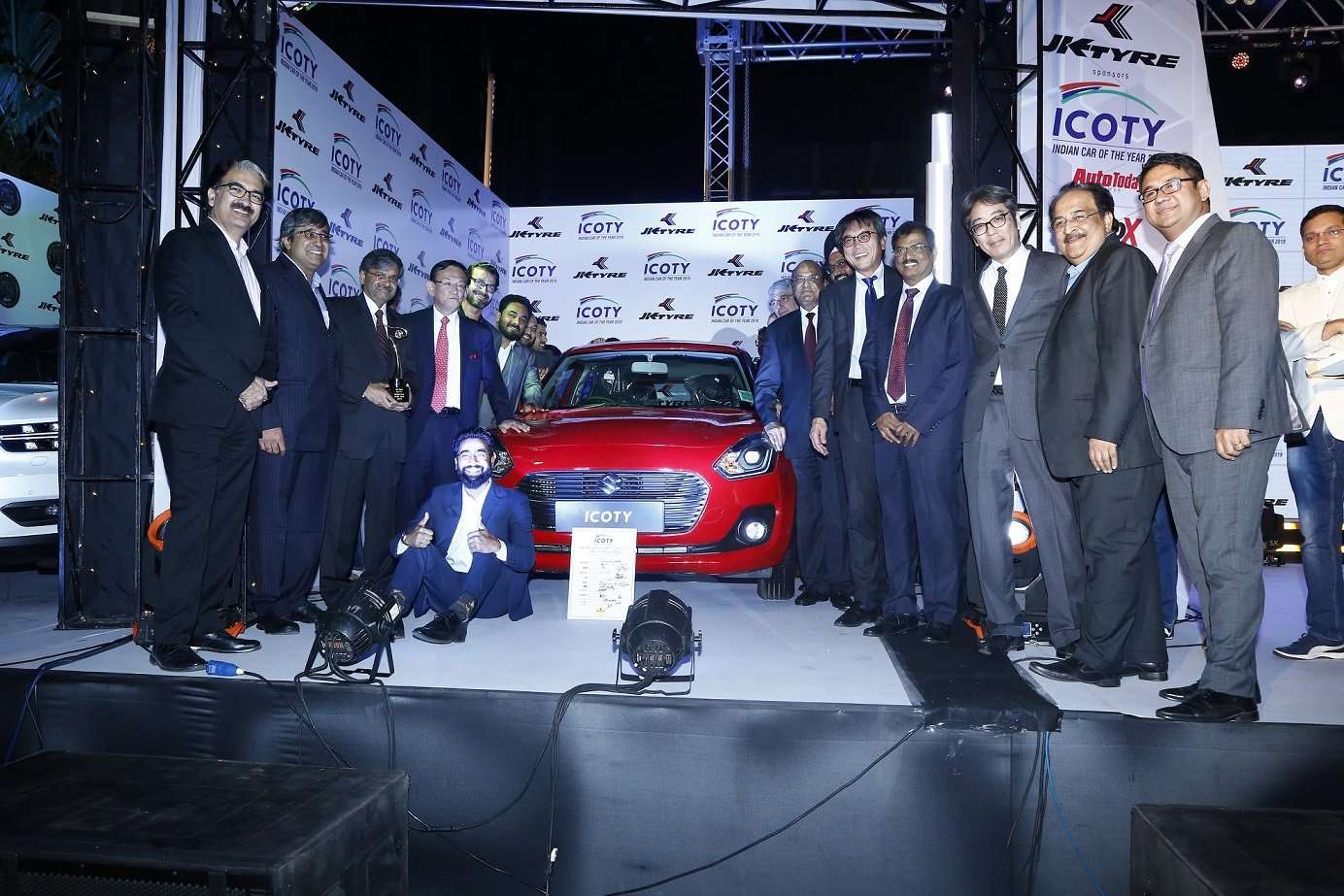 The year witnesses the introduction of an all-new category by ICOTY viz the ‘Premium Car Of The Year 2019’!

2019 is ticking in fast and we have just had the winners of India’s most prestigious auto-awards the ICOTY and IMOTY brought under the limelight. After rounds of scrutinous evaluation done by an eminent panel of auto enthusiasts and mainstream motoring journos, the 14th Indian Car Of the Year (ICOTY) the 12th Indian Motorcycle of the Year (IMOTY) have been declared in a ceremony held in Mumbai, India and we have the new Maruti Suzuki Swift and Royal Enfield Interceptor 650 grab the titles this time, after being proven as the most popular products of the year 2019!

This year also sees a new category sprout up into the ICOTY platform, viz, ‘Premium Car Of The Year 2019’ and interestingly but unsurprisingly enough we see the Volvo XC40, the carmaker’s latest offering into the entry-level premium SUV arena, winning the debutant edition of this award.

The awards highlighted and recognized brilliance in the auto sector amidst a packed house of Industry leaders, eminent representatives of industrial bodies and auto enthusiasts.

Dr Raghupati Singhania, chairman and MD, JK Tyre & Industries Ltd takes to the stage to talk about the JK Tyre journey with the ICOTY/IMOTY Awards so far. #RoadToGlory

Commenting on the occasion, Dr. Raghupati Singhania, said, “The ICOTY and IMOTY awards are like the Oscars of the Indian auto industry, rewarding the most exciting vehicles that have been introduced on Indian roads this year. The awards have undergone a rich journey over the years and today they represent the highest level of credibility, judgment and recognition. The Indian auto industry is at par with the global auto industry and this has further intensified the competition and made the evaluation process tougher at ICOTY and IMOTY. I would like to thank the jury members for the task, though challenging, accomplished so well.

At JK Tyre, we believe that innovation and superior technology are the foundation for the future. This is the key reasons we have collaborated with the ICOTY and IMOTY awards since inception. I congratulate Maruti Suzuki Swift, Volvo XC40 and Royal Enfield Interceptor 650, for winning among the bests of the industry, who are equally remarkable, and for providing best-in-class value proposition to the customers.”

Like with the previous times, this year too, the set of domain experts from India’s top automobile publications constituting the judging panel for the ICOTY and IMOTY had a tough time handpicking the winners, as the selection had to be made from an alarmingly vast plethora of new launches.

The Swift and XC40 emerged as the ICOTY title bearers after beating around 17 of their rivals hands-down in a series of rigorous tests. However, things were a bit soothing for the Interceptor 650 as it had to take down just 11 other bikes. 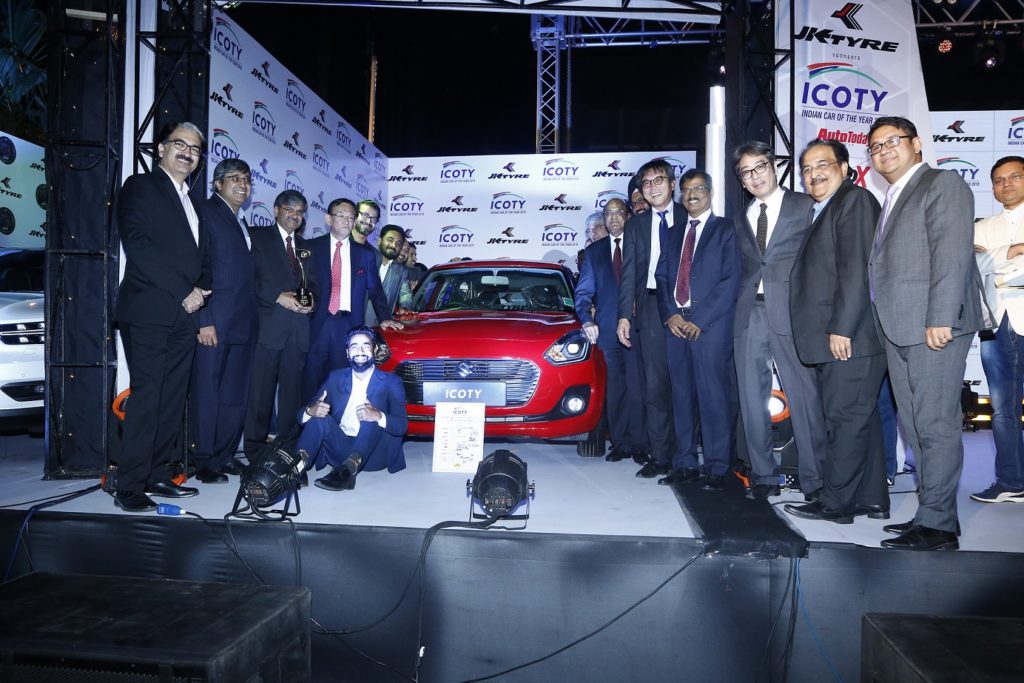 Representing Maruti Suzuki Swift, the winner of ICOTY 2019, Mr. Kenichi Ayukawa, Managing Director and CEO of Maruti Suzuki, said, “Swift has been one of the most loved premium hatchbacks and it is an honor to receive such an high accolade yet again. Brand Swift has consistently made us proud and has been among the top 5 best-selling cars in India for over a decade. The journey with Swift has been extraordinary and we are overwhelmed by its popularity among customers. We are grateful to all our customers for their immense trust in the brand. We also thank our Vendors and Dealers who have been supporting us to delight our customers To be recognized as the Indian Car of the Year, for three times, by an independent jury, comprising India’s leading automobile experts, makes this prestigious award even more special.” 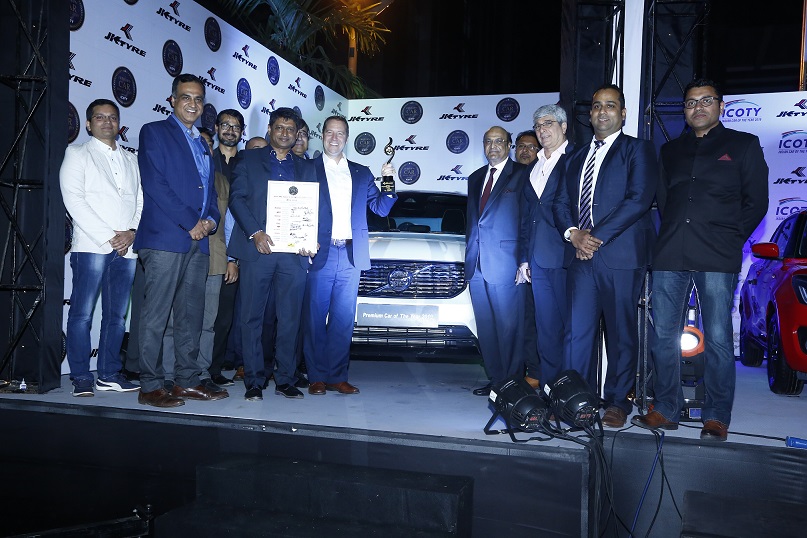 Winning in the inaugural edition of the Premium Car of the Year 2019, Mr. Charles Frump, Managing Director, Volvo Car India, commented, “We are extremely happy that there is an extension of ICOTY IMOTY to a Premium Car of The Year, I feel there is a lot that a premium car gets to the market from top-notch technology to safety and connectivity. In a way, we are like the torch bearers of the automotive industry and it’s great to be recognized. I also thank JK Tyre & Industries for sponsoring these prestigious awards and looking forward to many more relevant categories in future especially Green Car of The Year” 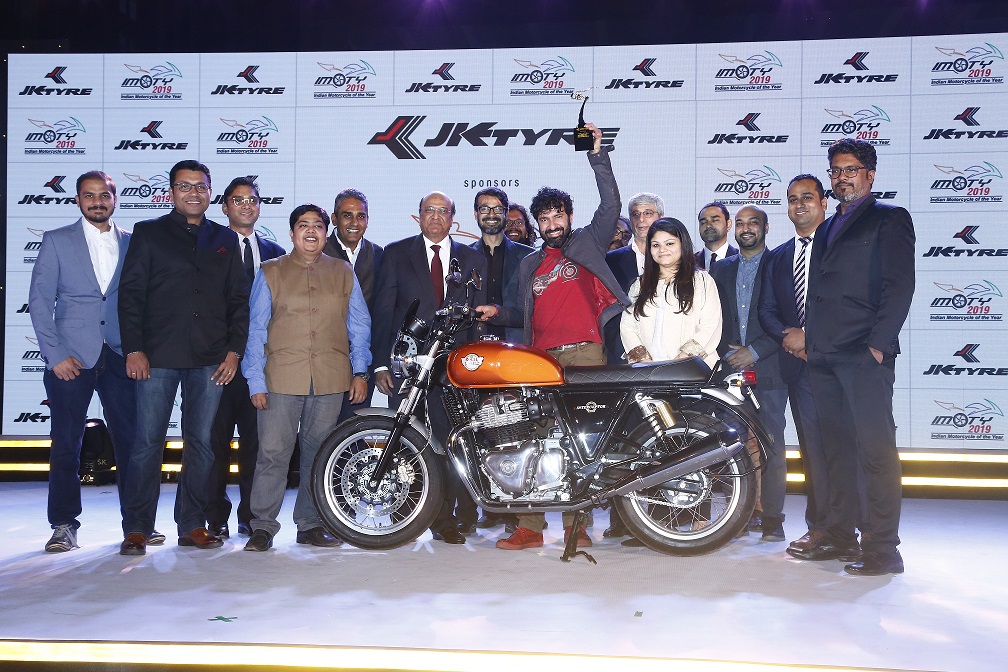 Congratulating the winners, Mr. Yogendra Pratap, Chairman, ICOTY 2019, said, “In an unprecedented and overwhelming victory, the Maruti-Suzuki Swift became the Indian Car of the Year 2019. After a series of close contests the Swift immersed as the winner for a record 3rd time in the 14 years of ICOTY and that too a victory by nearly 30 points.

For a car to win ICOTY it has to please a wide variety of automotive journalists, petrol heads and comfort-mongers, at the same time proving its fuel efficiency and not disappointing the performance oriented.

Particularly for the premium category, the old order changed yielding place to new. Who would have thought that one of the newest entrants in the premium car space would not only win the award but also take the first two places. Remarkable and something for the others to watch out for as the Volvo XC40 takes the award”

The mega event of the 12th edition of the Indian Motorcycle of the Year is being held tonight. Indian’s most prestigious two-wheeler award will announce the winner of the year tonight. #IMOTY pic.twitter.com/xE4Ri7MMCy

Mr. Shubhabrata Marmar, Chairman, IMOTY 2019, said, “This was a great year with four motorcycles from completely different parts of the market vying for the ultimate award in India. The Royal Enfield Interceptor 650 didn’t even blink though. Its victory was emphatic. It’s the combination of effortless performance, good quality and a stunning price that wins. In fact, Royal Enfield’s pricing makes everything else in the premium market look expensive. The IMOTY Jury congratulates Royal Enfield!”