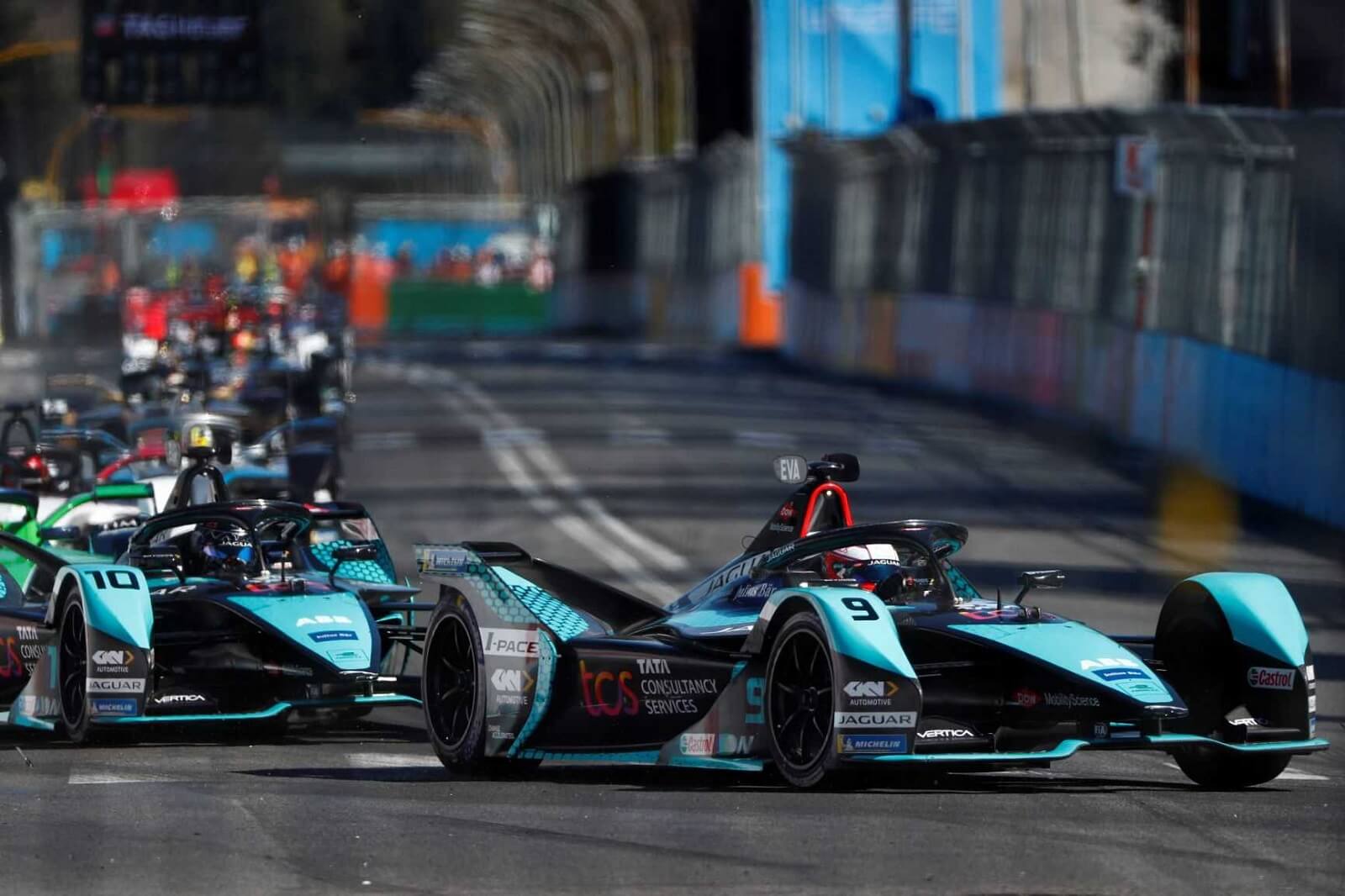 Formula E is on the roll and Jaguar TCS Racing’s Mitch Evans has created history at Rome’s double-header weekend. Evans won both races in Rome, on two consecutive days, thereby becoming the third driver yet to do so. Also, he is the first to win both races in a double-header.

Mitch Evans and co-driver Sam Bird had started the Rome E-Prix at P4 and P5 after the quali sessions. Evans made a decisive overtake on Avalanche Andretti’s Jake Dennis in the first 10 minutes, which eventually landed him in a podium spot. Further ahead, he overtook Porsche’s André Lotterer and DS Techeetah’s Jean- Éric Vergne to grab a P1 finish!

He had to battle these drivers so hard to gain the lead, that a safety car was deployed at some point. Evans implemented a late and brave ATTACK MODE strategy which together with the efficiency of the Jaguar Formula E car, brought him victories in Rome. Mitch has made it to the semi-finals this season, which also happens to be his first time there.

The second Jaguar driver Sam Bird also delivered a strong performance initially, significantly escalating the team’s points. However, his Jaguar I Type 5 was later involved in a collision with Nick Cassidy’s car, leading to a final lap retirement of the Jaguar.