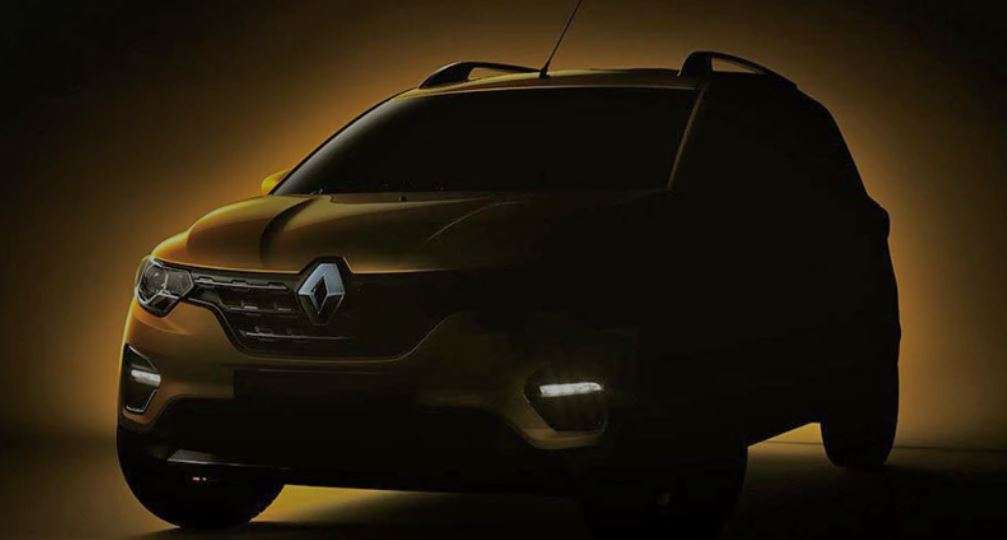 The Renault Triber would be a pocket-friendly alternative to the likes of Maruti Suzuki Ertiga and Mahindra Marazzo!

There has recently been much talk on the newest compact MPV from Renault India, the Triber. We had recently come across spy shots of the car being tested extensively on the Indian roads, something that had only added more spice to the wait. Finally, the Renault Triber MPV is set to make its global debut tomorrow, or the 19th of June 2019, and we have now been teased by the manufacturer with a decently lucid sketch of the car. While all the earlier teasers had been showing a camouflaged mule, the latest sketch sheds light on much of the car’s brawn.

The latest Renault Triber images reveal that the car follows the manufacturer’s latest design language. The shape looks familiar and thoroughly Renault. From whatever little seen from the teaser, the car gets a three-slat grille, fairly prominent headlamps, and a well-sculpted hood.

The Triber for Renault, is going to be what the GO+ used to be for Datsun, but would of course be a better-knit package in terms of safety and quality. There has been no clear cue so far as to whether it would be a subcompact MPV like the GO+, or a full-grown one like the Ertiga, but we somehow believe it to be the former. The Triber is also the second Renault 7 seater MPV for India, after the popular Renault Lodgy.

The Triber is underpinned by a thoroughly reworked version of the CMF-A platform of the Kwid, and is likely to get a 1.0 L petrol mill. However it needs to be seen if it is the same motor from the Kwid or a turbocharged iteration of the same, as some rumours suggest, that would be coming. The Kwid’s 1.0 Liter, if in Triber, would apparently be able to produce more hp.

Equipment array is hoped to be kept minimal in the Triber, as the car itself is destined to fall into the budget MPV stratum. What you could expect to find inside the cabin are stuff like a newly designed two-tone dashboard with silver panels around the trapezoidal air-con vents, a large centre touchscreen infotainment with techs like Apple CarPlay and Android Auto on offer, and a segment-first removable modular third row.

There has so far been no clue on the Renault Triber price in India, but the carmaker has confirmed to place it between the Kwid and the Duster. So we expect the price to fall into the 5-8 lakhs range. Fingers crossed till the official Renault Triber Launch tomorrow.