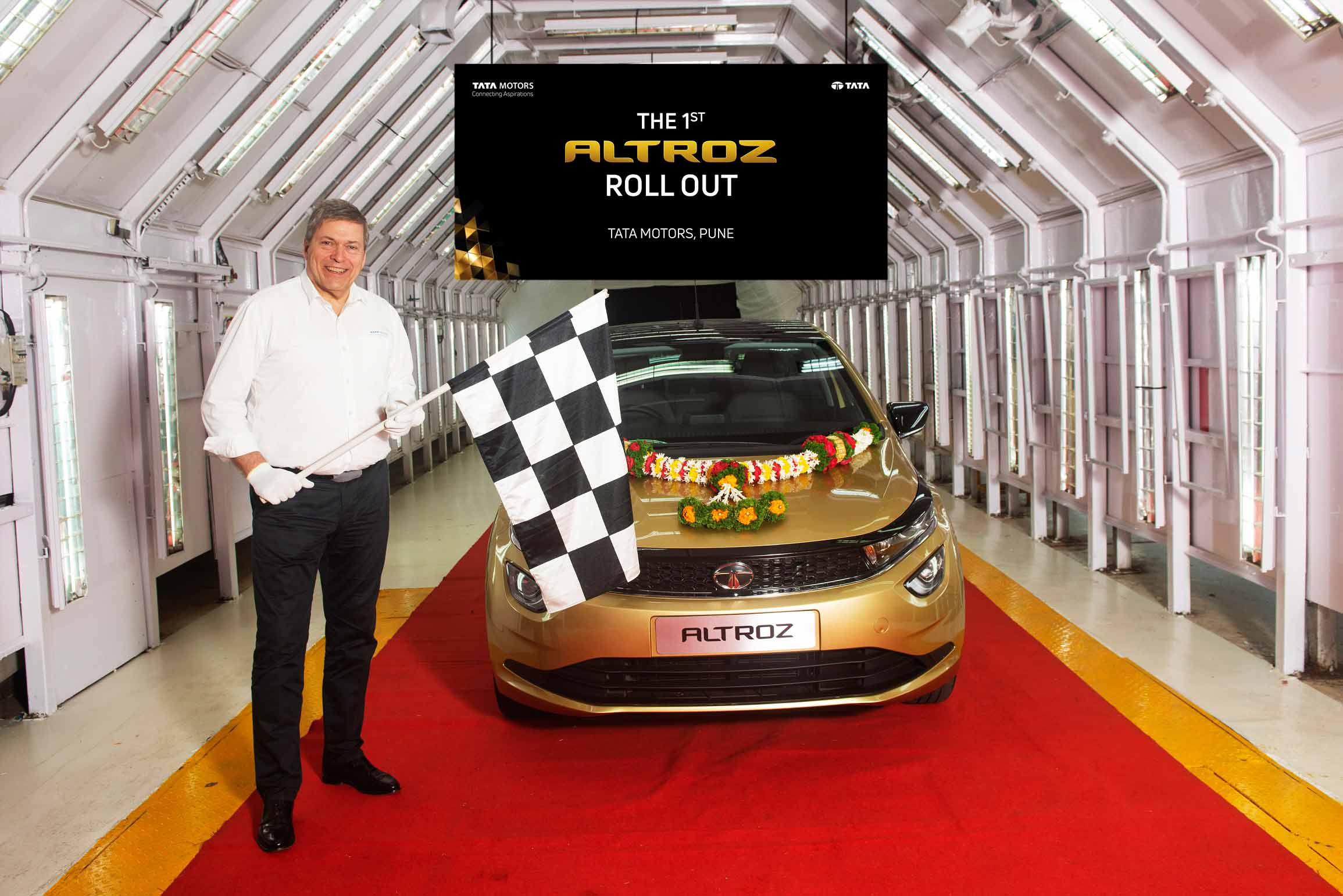 The official start of the production of Tata Altroz commences as the first unit rolls out from the Tata Motors plant in Pune.

The next new thing from Tata Motors would be out soon- the Tata Altroz. The production of Tata’s upcoming Baleno rival has officially begun and the first unit has rolled out of the Tata Motors plant in Pune. The car would be launched officially in the month of January 2020.

Tata Altroz is the second vehicle designed under the Impact Design 2.0 language and the first model that the ALFA architecture spawns. Impact design 2.0 was first used in the Harrier and had then seen stellar acceptance among the beauty conscious Indian buyers. The Altroz, being a premium hatchback, does have our hopes high and hearts pounding faster, as it is believed to offer groundbreaking tech and comfort levels along with breathtaking performance.

Not many details of the Altroz’s cabin have surfaced yet, but a couple of spy shots suggest that the car would get a novel design for its steering wheel, which will have the honk triggers attached towards the wheel and away from the usual central position. Apart from this, the cabin is rumoured to have top-notch material finish and interesting equipment as well. 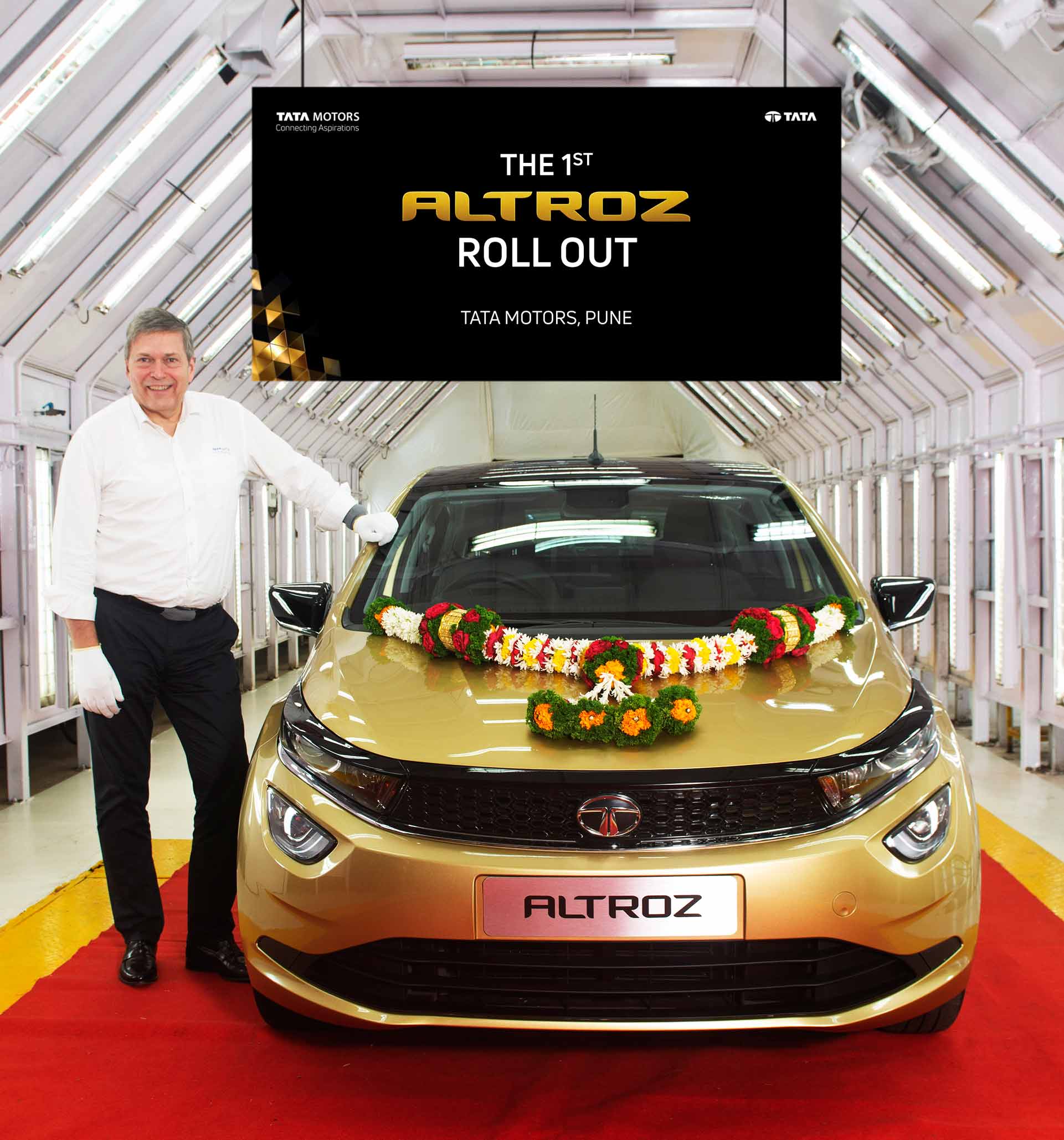 ALSO READ:Tata Gravitas Is What The Magnificent 7 Seater Harrier Will Be Called!

Commenting on the roll-out, Mr. Mayank Pareek, President, Passenger Vehicle Business Unit (PVBU), Tata Motors said, “We are thrilled to roll-out  yet another class defining product from the plant today. The ALTROZ is our first product that will be launched on the all-new ALFA platform and we believe that it will raise the bar for vehicles across the premium hatchback segment, come 2020. Since the unveiling of the concept in 2018, the anticipation for ALTROZ has always been high. We hope that customers will appreciate the new futuristic design with host of smart features, many of which are one segment above.”

Tata Altroz is based on the Tata 45X concept that was first showcased at the previous Auto Expo. We had to wait till the Geneva Motor show 2019 to have our first glance of the Altroz, which happens to be the production-spec 45X. Time has now come for us to see the car in flesh. The Tata Altroz images from the rollout ceremony hint at the car being as big as a Maruti Suzuki Baleno, which currently reigns the segment, if not bigger.

Uncertainty is what remains if one were to talk about the Tata Altroz specs at the moment. We expect it to come with any or all of the following: 1.2L NA petrol from Tiago, 1.2 Turbo petrol from Nexon, 1.5 diesel from Nexon in a lower state of tune. Also expected is an AMT box alongside the customary 5-speed manual transmission.

The journey of the Tata Altroz car further ahead can be traced live here! Post the Tata Altroz launch date in Jan 2020, the car would be put against a bunch of badass rivals like the Volkswagen Polo, Hyundai Elite i20, Maruti Suzuki Baleno etc. There has not been any official word on the Tata Altroz price yet, but we expect it to fall in the 5.5-8.5 lakhs range.

So, what are your thoughts on this car? Let us know through the comments…