After days and months of waiting and speculations, the all new Honda City has now broken veils in Thailand. Now out in the local market there, the Honda City 2020 would make its Indian entry later next year. There has been no official word yet on the 2020 Honda City India launch date, but we expect it to fall sometime in the second half of 2020. Thailand would be the first market to get the car among the ASEAN countries.

Well, almost everything is new in the Honda City 2020. Almost everything has witnessed a change in here. The car has now grown almost 100 mm in length, and 53 mm in width. About 28mm has been shaved off the overall height and the wheelbase also has been reduced by around 11 mm with respect to the outgoing model. Thus expected are better dynamics! 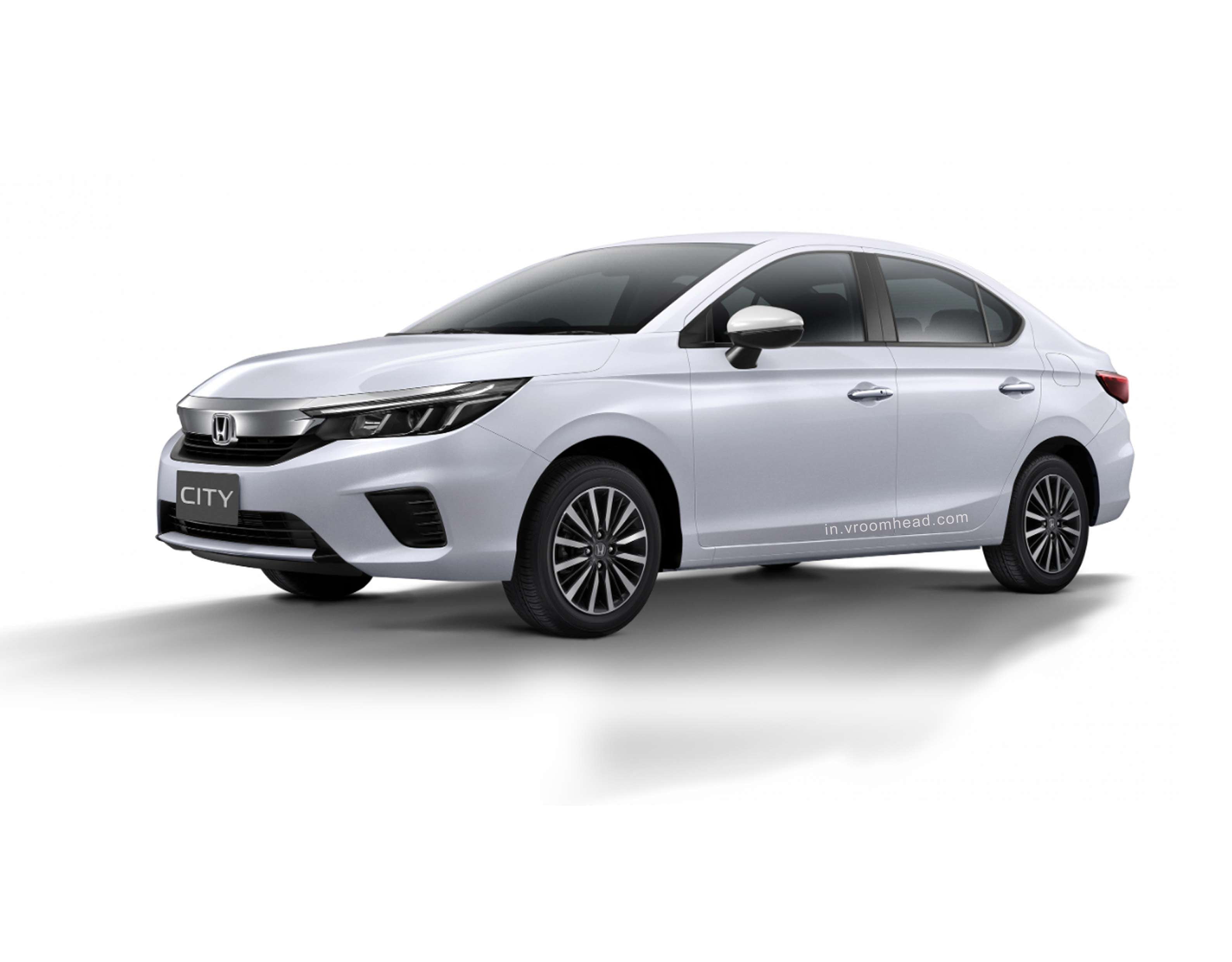 The 2020 Honda City gets an exterior design that has been tremendously reworked. The vehicle, even with all its new design cues and other knick-knacks does justice to the ‘Honda CITY’ branding. The grille now boasts of a thick chrome garnish atop it, that makes it more visually relatable to the Honda Amaze and the new Honda Civic. The wide wrap-around headlamps now look even more stylish and host LED projector units and Daytime Running Lamps in them. The front bumper also has been redesigned and looks a tad plain and subtle when compared to the rest of the fascia.

The bold line that runs from the front door all the way to the tail lamp is what ‘defines’ the profile of the new Honda City. The overall profile silhouette does remind one of the outgoing model. The alloys now get a revamped design too.

The rear comes completely redesigned as well. The LED tail lamps are now longer and there is a new design for the boot. The rear bumper looks muscular with vertically placed reflector strips on either end. 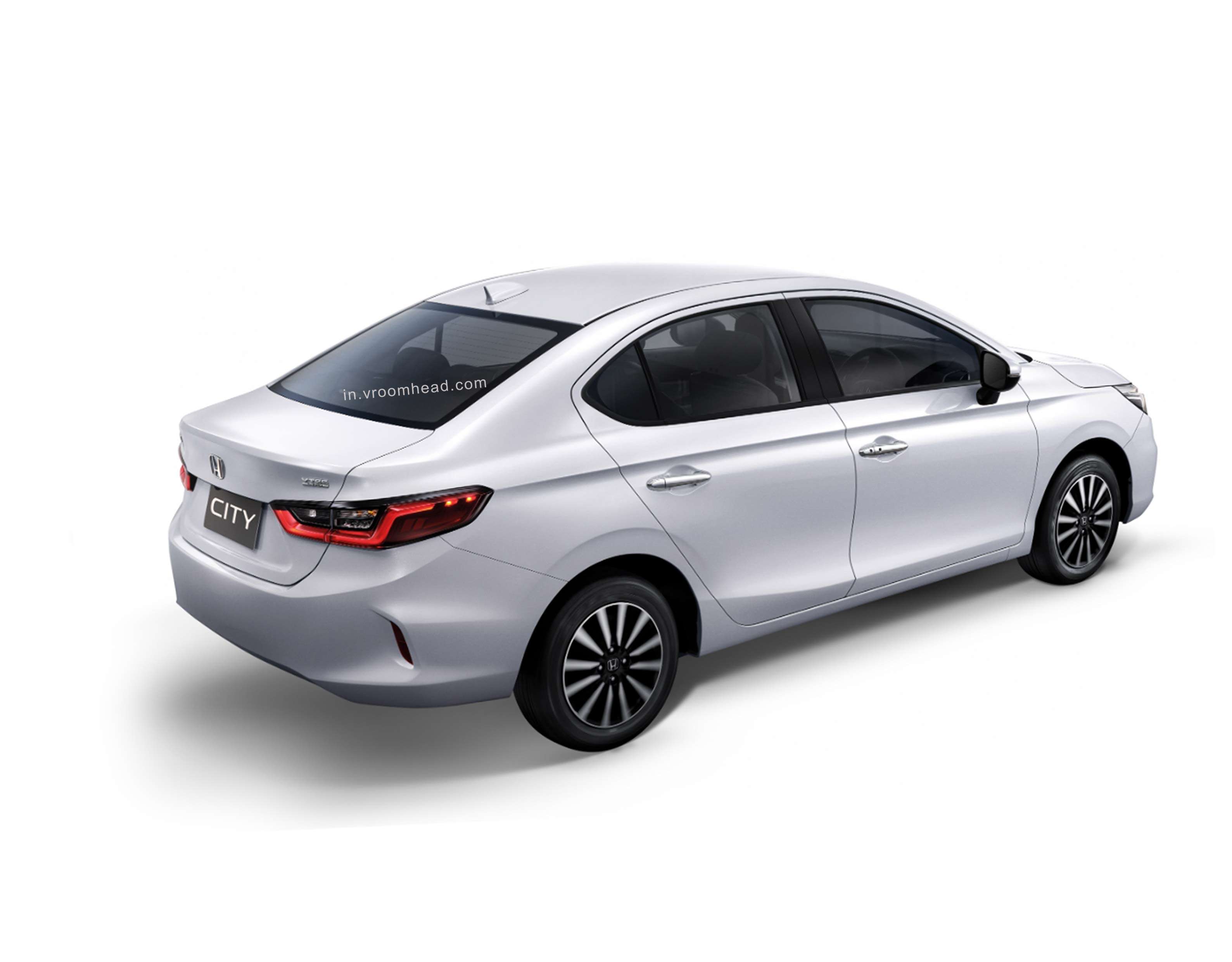 On the inside, the new Honda City 2020 feels much more premium than before with an all-black cabin. The overall quality, fit and finish of the cabin have been upped by a fair bit. There is now a larger 8-inch touchscreen on offer, that has all modern-day connectivity measures like the Apple CarPlay and Android Auto. The 2020 Honda City will get a host of new equipment too.

Talking of the specs, the new Honda City sees a great leap ahead. Of course, it would have the familiar 1.5L mills, but that is not what we are gonna talk about here. The new Honda City Thailand launch also would mark the debut of a turbo petrol engine into the City lineup. The car would get a new four-cylinder petrol engine that comes mated to a Borg Warner turbocharger! Together, these would let out as much as 122 horses and 173 Nm, while still returning an efficiency of 23.8 kmpl. The turbo petrol engine comes mated just to a CVT gearbox. There would be no manual transmission available for this motor.

We do have news of the chances for a new Honda City Hybrid coming in, where the 1.5L petrol mill would be mated to the carmaker’s compact i-MMD mild-hybrid technology. The same had recently made its debut in the new Honda Jazz. However, Honda has not yet made any official announcements on the hybrid City and its market debut.

While we are sure of Honda bringing in the 1.5L models to join the league of BS6 cars in India, we are not sure if they would bring in the turbo petrol engine to the country right in the first go, or wait for a later date for doing so. Also, the hybrid unit is hoped to hit our shores sometime in 2021. 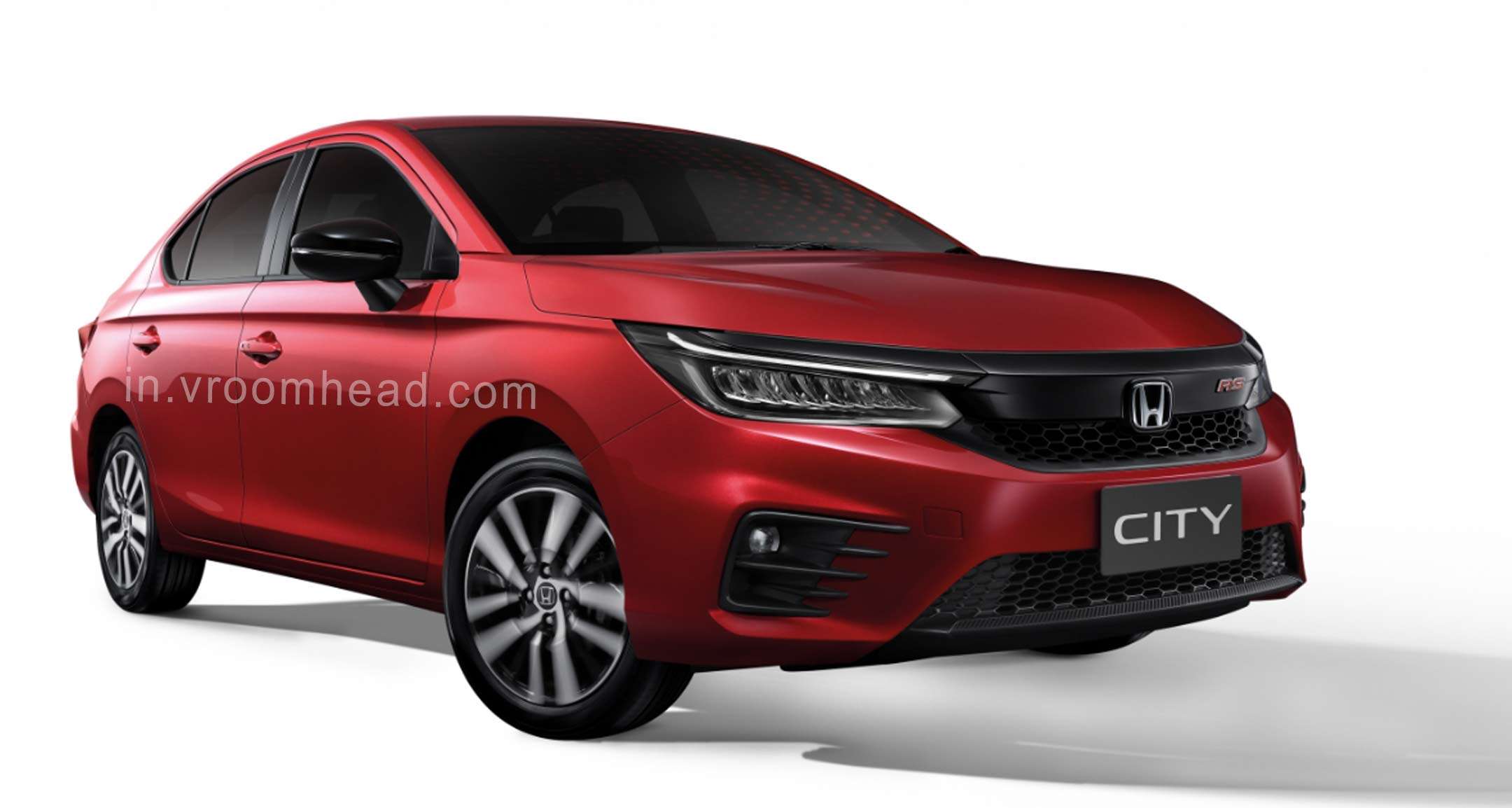 The Honda City facelift 2020 would come ‘safety-packed’ with as much as 6 airbags, tech like ABS, EBD, a multi-angle rearview camera, vehicle stability control, hill start assist etc onboard the car.

Post the Honda City India launch next year, the car would go against the likes of Volkswagen Vento, Hyundai Verna, Maruti Suzuki Ciaz, Skoda Rapid, and Toyota Yaris. Taken into account the fact that we live in an era that sees the acceptance of sedans fall, it remains to be seen as to how ‘successful’ the new city gets in India…