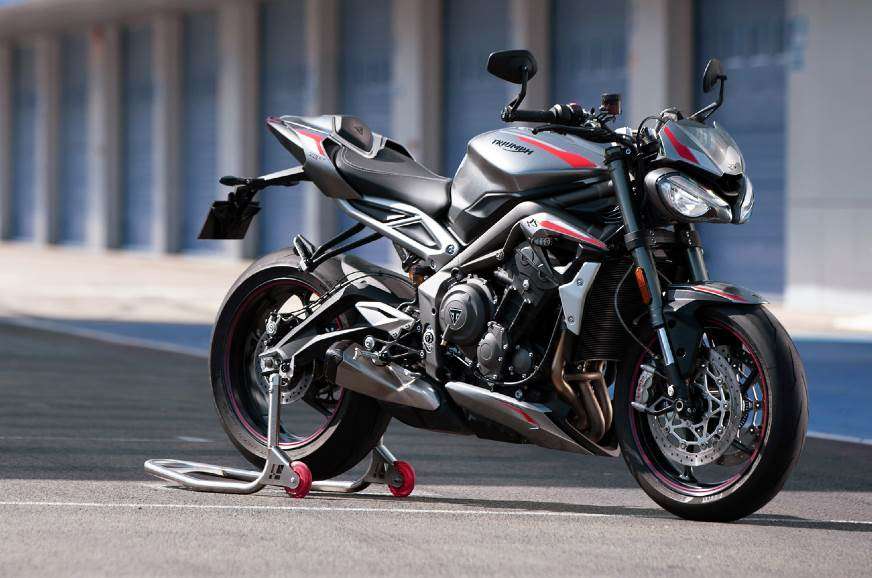 The 2020 Triumph Street Triple RS currently has no direct rival in the market!

The all new Triumph Street Triple RS has been launched in the Indian market at the exact same price as its predecessor, the figures still tipping the INR 11.13 lakh mark. The new avatar gets a bunch of significant updates both over and under the skin.

The Street Triple RS still continues to be assembled at the Manesar facility, alongside the Tiger 800. It still packs all the grunt that its predecessor used to have. There have happened quite a number of significant improvements in the new avatar when compared to the bike it replaces. The overall styling gets a pronounced makeover. Almost everything except for the fuel tank and the tail seems to have been restructured magnificently. The instrumentation display now gets new graphics, Bluetoth Connectivity and Gropro controls.

Worth talking about on the technical front, is an improved 765cc, liquid-cooled, inline-triple engine, capable of spitting out 123hp and 79Nm (the previous model used to have 77 Nm by the way…) The BS6 compliant engine now offers a better mid-range. The unidirectional quick-shifter of the previous model has made way for a bi-directional one. There are many track-ready components onboard the new RS like the Brembo M50 Monobloc Calipers, fully adjustable Showa fork, Ohlins STX40 rear mono-shock, Latest-gen Supercorsa SP V3 rubber from Pirelli etc.

The Street Triple RS had originally been scheduled to launch in India during the last week of March. But the ongoing COVID 19 crisis made the manufacturer defer it a bit. It is exciting that the new model bears exactly the same price tag as its forerunner, despite hosting a plethora of upgrades. Least surprisingly though, it currently has no direct rival in the market. Triumph India has begun taking in bookings online. The test rides and deliveries would, however, happen only after the lockdown ends.