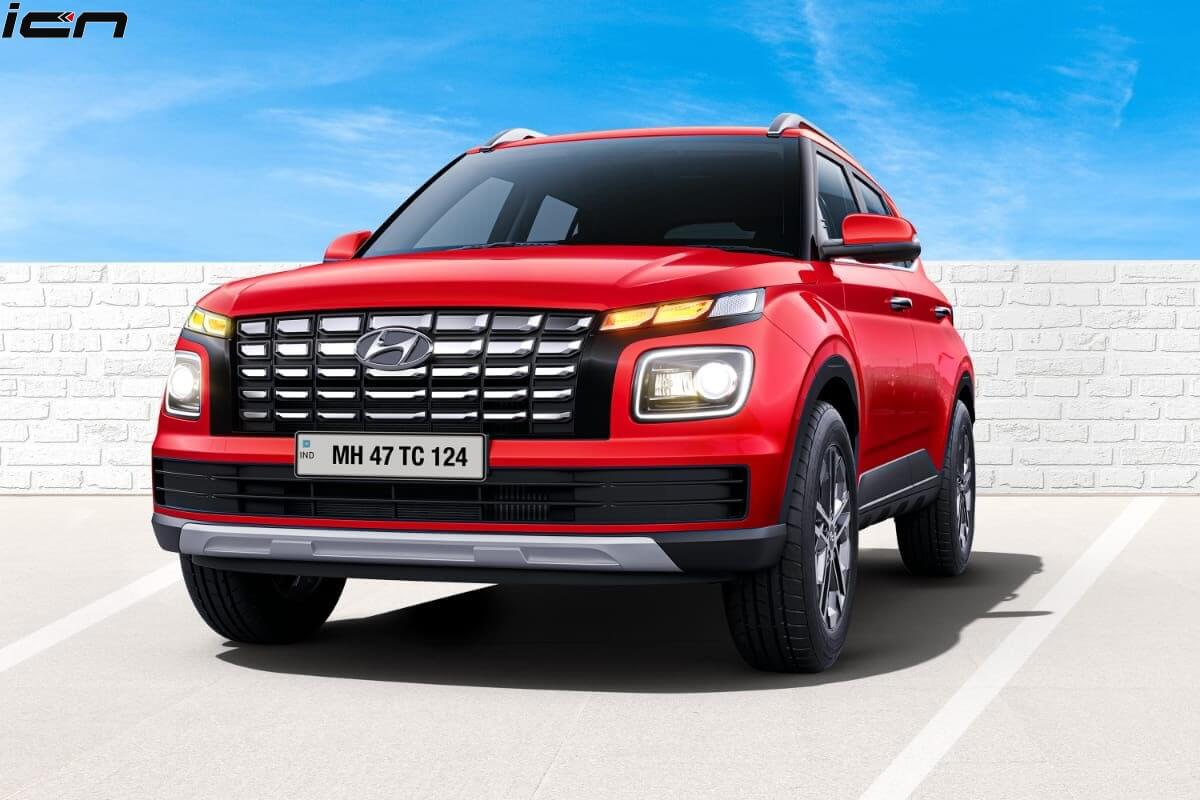 Hyundai India has started taking bookings for the new Venue. Here’s everything we know of it yet

Hyundai is getting ready to update an important mass-market car in India. The Venue- a sub-compact SUV that has been in great demand here, is about to get a significant revamp. The facelift is expected to come with a lot of changes in its design and kit levels and is now available to book against a token amount of Rs 21,000. The prices will be out on June 16, 2022, but a lot of detailing on what to expect is already out!

The new Venue would feature the fascia design cues of new-age Hyundai SUVs, based on the Sensuous Sportiness philosophy. The front fascia would borrow key cues from that of the global Tucson. There will be a bolder squarish front grille, better-looking LED turn signal lamps, and refreshed headlamp housings. The large front bumper gets a neat air damn, faux Silver skid plate, and no fog lamps!

From the images released online, the side profile seems to have had no big change from the pre-facelift car. Almost all the familiar lines have been retained. However, there is now a new set of 16-inch machine-cut alloy wheels, and fresh-looking accents on the doors and near the window line.

The facelifted Venue will get a new color palette comprising 6 shades: Grey, Black, White, Red, Blue, and Silver. There would also be a dual-tone colorway of Red with a Black roof.

The cabin is expected to get a design overhaul on the facelift. However, Hyundai India has not yet revealed these details fully. You can expect an up-market design and better-looking plastics. A lot would change in kit too.

Selectable Drive Modes- Normal, Eco, and Sport, are expected on the new car. The Kia Sonet already has these, and we always knew it would just be a matter of time for the Venue to also get this. The infotainment unit is expected to undergo a major overhaul. A new freestanding touchscreen would debut and gets Alexa integration (Home-to-Car H2C) with support for regional languages. Also, expect things like a fully digital instrumentation and a 2-step reclining function for the rear seats. The new vehicle is also known to come with the ‘Sounds of Nature’ feature. Something that we had recently seen on the Kia EV6, this would play soothing ambient sounds while you drive.

In terms of mechanicals, the engines would be retained from the previous model. You can thus expect the 1.2L Kappa petrol, 1.0 TGDi turbocharged petrol, and the 1.5L diesel on the 2022 Venue. No clue yet on if the output figures would be refreshed or not.