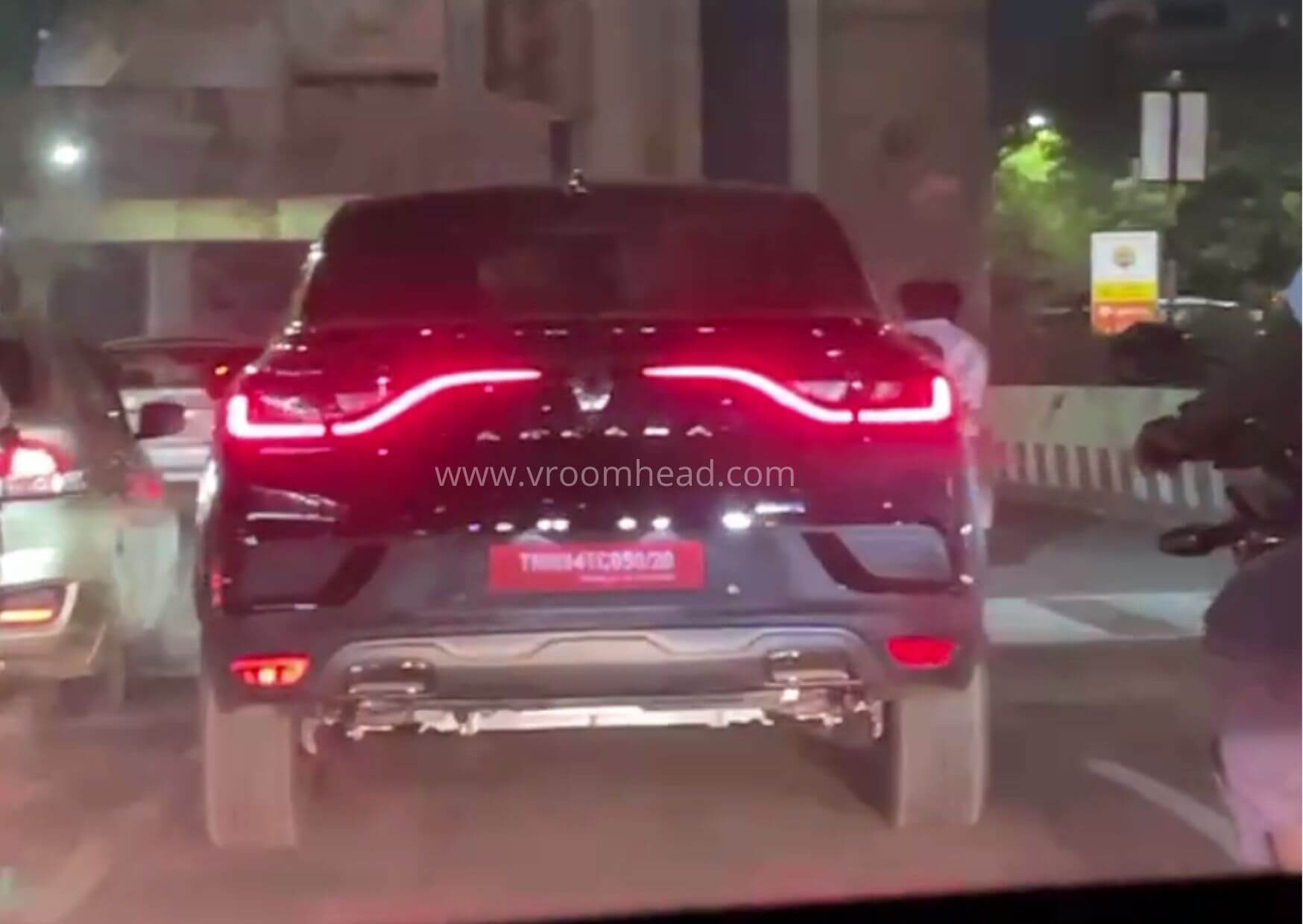 An automobile enthusiast has spotted a mule of Renault’s SUV Coupe Arkana in Chennai, raising speculations that the model could be launched in India sometime soon. The Arkana, currently sold in markets such as Russia, is underpinned by the B0 platform, which also sits on models such as Captur and Duster.

The Arkana spotted in India, was the global spec, and could be here for component testing or for the actual prototype testing. It might in the time ahead, slot in as a replacement for the Duster that has now been discontinued in the country. The SUV coupe could then be brought via CBU route. Renault had previously been spotted testing a unit of the Koleos as well. All these suggest that the French giant could be working on something interesting for India.

Renault Arkana: What We Know Of It Yet

Renault Arkana had premiered as a concept in 2018 and later made it to production in 2019, without much changes in the overall design. It was initially launched in Russia and later made available in markets such as South Korea and the UK as well.

Though Arkana borrows several design cues from the Captur, the C-shaped headlamps and sloping roofline make the car look different from the familiar Renault SUVs. The coupe measures 4,545mm in length, 1,820mm in width, and is 1,565mm high. It gets a fair wheelbase of 2,721mm and SUV-spec ground clearance of 205-208 mm.

The cabin could have plenty of faux carbon-fiber touches, and features like a vertical 9.3-inch infotainment system. A bunch of modern-day safety features is also expected.

Arkana has got two hybrid petrol engines in the global market. The former is an entry-level mild-hybrid 1.3-liter turbo-petrol producing 138HP, while the latter is a significantly meatier 1.6-liter four-cylinder hybrid petrol. It also offers a clutch-less automatic box in the global scene.

The model being tested in India is also equipped with a self-charging E-tech hybrid system that offers up to 40% fuel savings and less CO2 emissions.