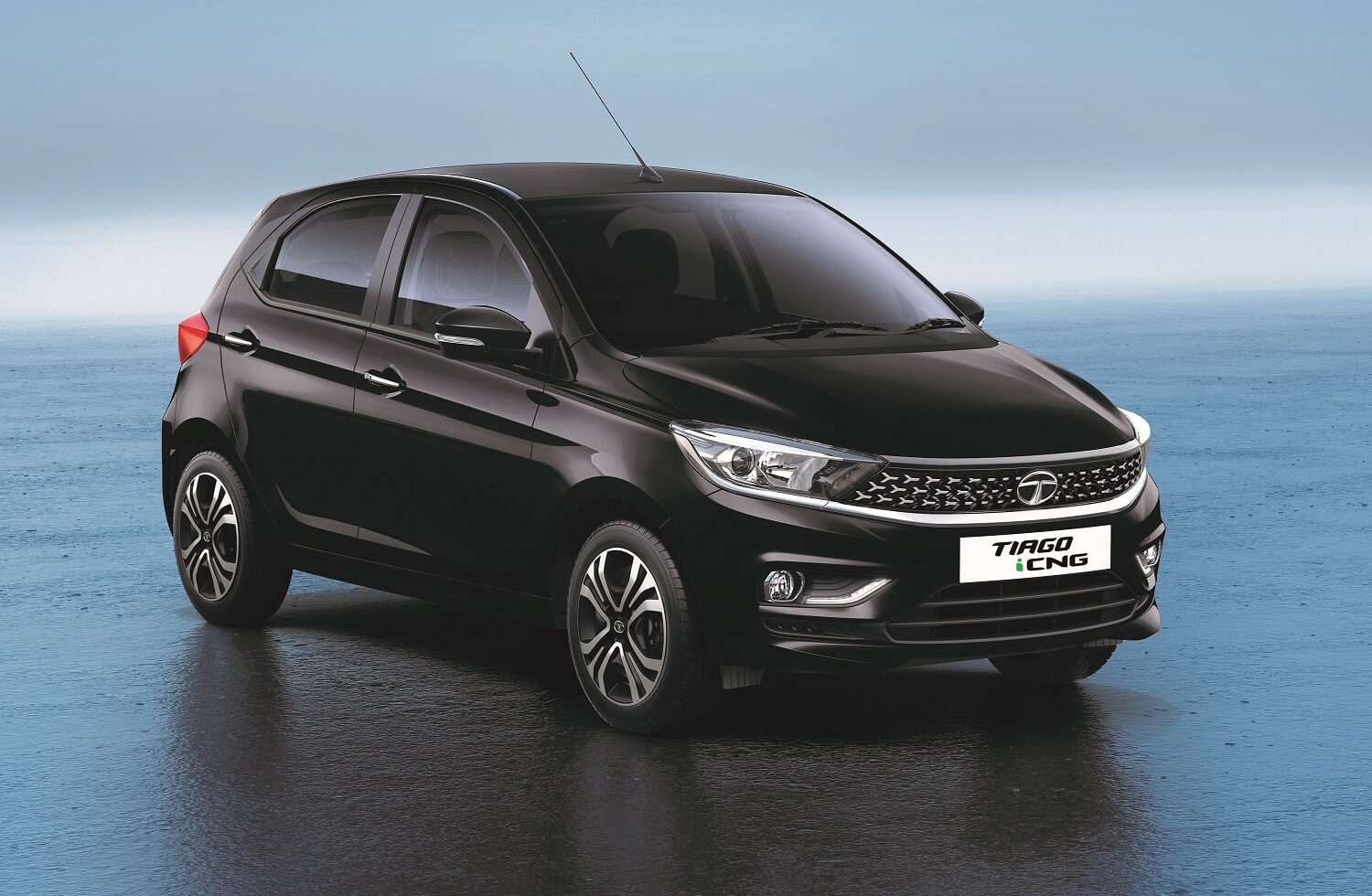 Tata Motors has launched the CNG-powered versions of their popular nameplates- Tiago and Tigor, under the names Tiago iCNG and Tigor iCNG (similar nomenclature was last seen in the i-Turbo). The Tiago CNG starts at Rs 6.09 lakh and the Tigor CNG at Rs 7.69 lakh, ex-showroom. These, in fact, are up to Rs 90,000 more expensive than the corresponding petrol variants. Tiago CNG is available in the XE, XM, XT, XZ+ variants, while Tigor CNG comes in two variants – XZ and XZ+. Tata Motors is the third Manufacturer in India after Hyundai and Maruti Suzuki to offer factory-fitted CNG kits.

The CNG-powered Tiago and Tigor continue to utilize the 1.2L three-cylinder, Revotron petrol engine from the regular cars. The output, however, has come down with the CNG kit in place. While the engine produced 86 hp and 113 Nm on the pure petrol cars, the iCNG car has it down to the 73 hp/95 Nm mark. The powertrain is available with a 5-speed manual transmission alone. A notable bit though is the provision to start the cars directly on CNG, an industry first. The i-CNG duo uses a new single advanced ECU for quicker responses while switching between fuels. The CNG powertrain is claimed to offer efficiencies of up to 26.49km/kg.

The Tiago CNG and Tigor CNG also offer good ride qualities, courtesy of their reworked suspensions. The ground clearance stands at 168 mm for the hatchback and 165mm for the sedan, despite the overall weight going up by around 100 kilos. The boot space takes a hit as well, with Tiago dropping to 80 liters from the previous 242 liters and Tigor now settling for 205 liters from the 419 liters of the regular petrol.

Dual airbags, ABS, rear parking camera with sensors, and corner stability control make their way into the CNG models as well. Plus, a number of additional safety techs have been introduced to fix the possible safety vulnerabilities of the CNG kit. These include the usage of stainless steel for leak proofing, component level traceability, CNG fuel cut off, among others.