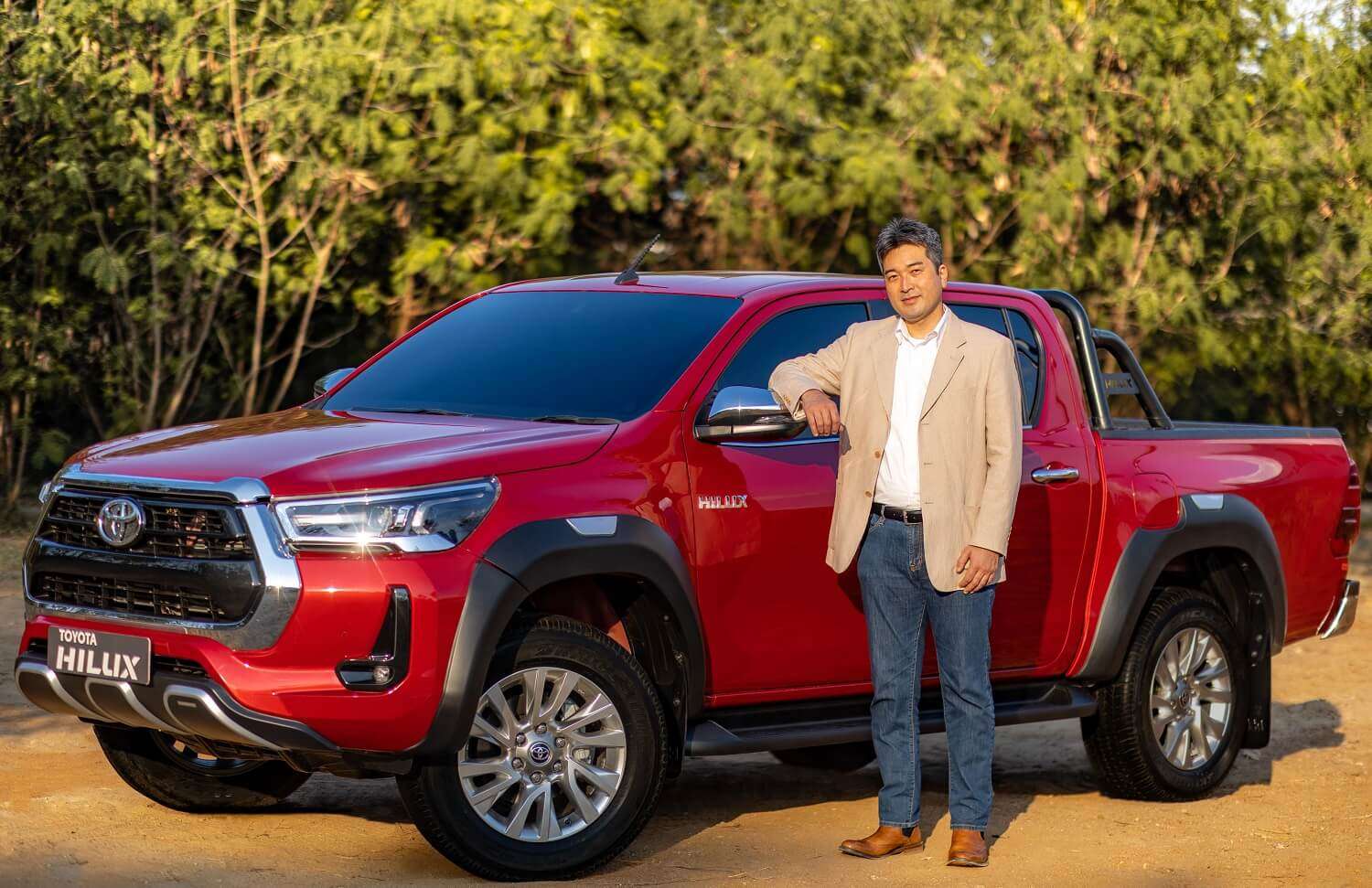 Toyota Hilux for India will have the same mechanicals as the outgoing Innova Crysta and Fortuner.

Putting an end to tons of anticipations, Toyota has unveiled the Hilux pickup truck for India. Pre-bookings for the India-spec Hilux have already begun, quoting a booking amount of Rs 1 lakh. Toyota has, however, not revealed the prices yet, but we do know that the truck will have two variants- low and high. Expect the prices to be out in March.

Toyota Hilux: What Is It?

Toyota Hilux is a pickup truck that has been on sale globally since 1968 and has over the years, sold over 20 million units worldwide. In 2019, Toyota had even revealed its plans for an EV Hilux for the time ahead. The truck will come to India as SKD kits and be assembled in Toyota’s Bidadi plant.

India gets the 8th generation of Hilux, which would be available just as a double cab pickup. It will heat up the lifestyle pickup game here, and will primarily battle the Isuzu D Max V Cross.

Toyota Hilux looks chunky and retains the signature Toyota design cues intact. One could draw visual resemblances to the familiar Fortuner and Innova Crysta at many places of the Hilux’s design. Key highlights include LED headlamps, LED daytime running lamps, a large hexagonal Chrome-clad grille, a conventional rear deck opener, and sculpted bumpers. The side view would instantly go vocal about the sheer length and ruggedness. There is, in fact, a lot of Chrome on the vehicle. The Hilux gets massive 18-inch alloy wheels, much like those on the Fortuner. There are a total of five colors available- Emotional Red, Gray Metallic, White Pearl CS, Silver Metallic, and Super White. Super White and Gray Metallic can be had on the manual variants alone.

The dashboard layout of Hilux is slightly different from that of the familiar Toyotas of the day. However, it does share a fair share of features, trims, and switchgear with the Fortuner. Much like the familiar SUV, it gets features like an 8-inch touchscreen infotainment system with Apple CarPlay and Android Auto, 8 speaker JBL audio, tyre angle monitor, electrochromic mirror, climate control, ventilated seats, instrument cluster, and a familiar steering wheel design. The front seats also come straight from the Fortuner.

The India-spec Hilux truck is based on the same IMV2 ladder-on-frame chassis as the outgoing Fortuner and Innova Crysta. It also borrows the same 2.8L four-cylinder turbocharged (GD series) diesel engine from the Fortuner. The powertrain has an output of 204hp and 420 Nm (500Nm for the automatic). The familiar 6-speed manual and 6-speed automatic gearboxes make their way to the Hilux as well. Unlike the Fortuner which is available both as a 4×2 and 4×4 vehicle, the Hilux comes just as a 4×4 offering. It also gets a low-range gearbox, automated limited-slip differential, and front and rear electronic diff locks.

The Isuzu DMax VCross will be the sole competitor to the Hilux in India. D Max is priced in the Rs 22.07-25.60 lakh bracket. Being a niche product and going by the brand conventions, the Hilux might have slightly higher pricing than the Isuzu truck. Fingers crossed till March…