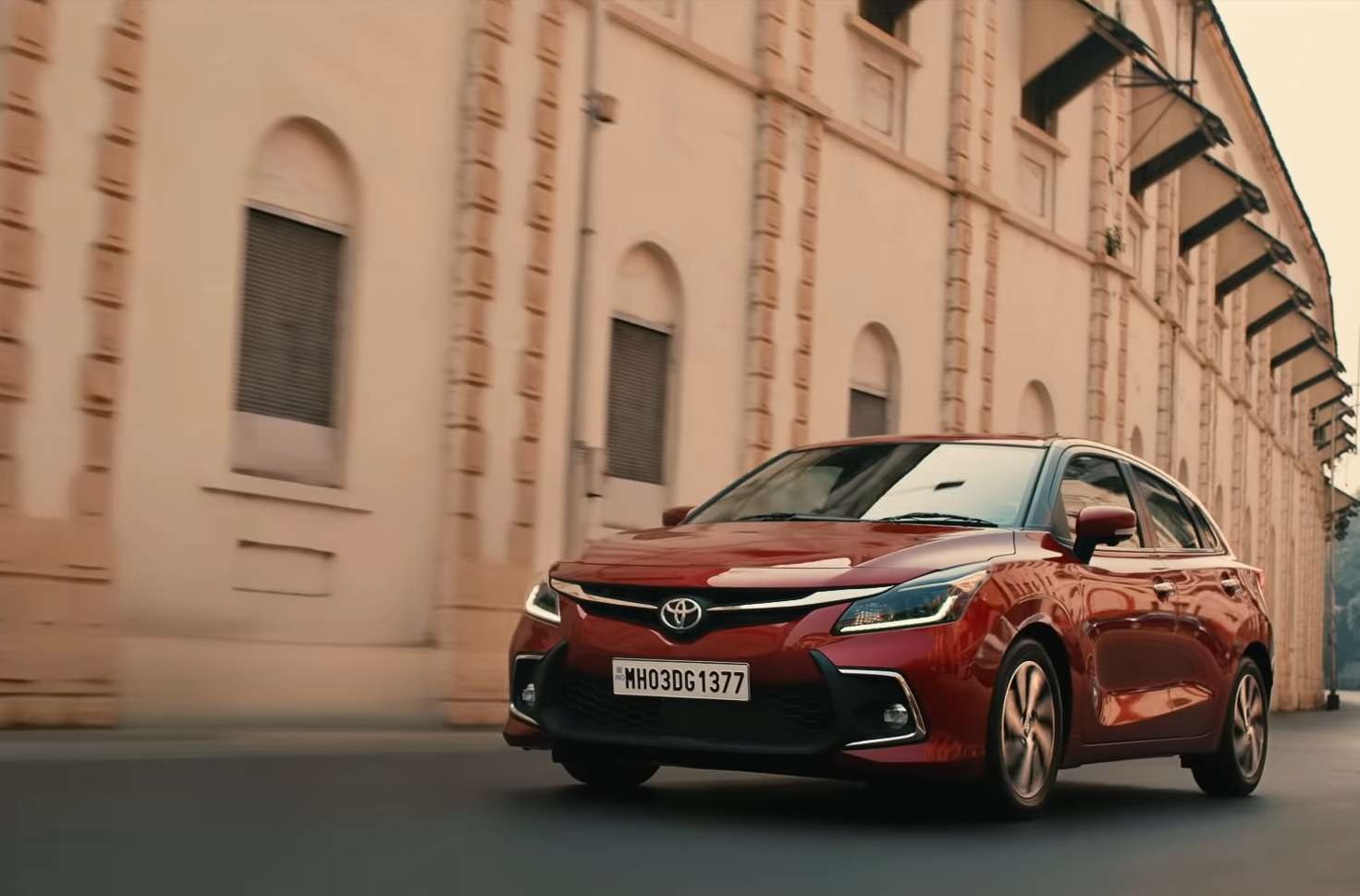 Toyota Kirloskar Motor has launched the 2022 Toyota Glanza with notable cosmetic changes. The hatchback, essentially a rebadged Suzuki Baleno, is priced between Rs. 6.39 – 9.69 lakhs, ex-showroom. Deliveries are known to begin in the last week of March.

As was speculated from the teaser images surfaced previously, the Glanza gets more Toyota design genes on the facelift. The front fascia now gets a new grille with a horizontal chrome crop. The chrome connects the headlamps that come with the L-shaped integrated LED DRLs.

Toyota has retained the bonnet design from the facelifted Baleno. The all-new bumper now gets C-shaped chrome accents and a wider central air inlet. It also houses a few prominent Black accents as well. Another important addition to the new Glanza is the set of new dual-tone alloy wheels. The new wraparound LED taillights remain unchanged in design from those of the Baleno, and are integrated into the tailgate. The rear bumper gets very minute tweaks as well. The car is available in five colors: red, blue, grey, white, and silver.

New Toyota Glanza comes with an upgraded dashboard design. The interior looks premium with multiple piano Black accents. The hatchback has Black-Beige as its interior color scheme. The 9-inch touchscreen infotainment system gets Apple Carplay and Android Auto, and also features a capable a voice assistant. As we had told you through a previous post, Toyota Glanza 2022 also comes with the manufacturer’s home-grown connected car system (Toyota i-connect) that offers more than 45 connected functions.

The new Glanza is powered by a 1.2-liter four-cylinder DualJet petrol engine, which also sits under the hood of the new Baleno. This engine generates 89 PS at 6,000 rpm and 113 Nm at 4,400 rpm. A five-speed manual and a five-speed AMT are available as transmissions.