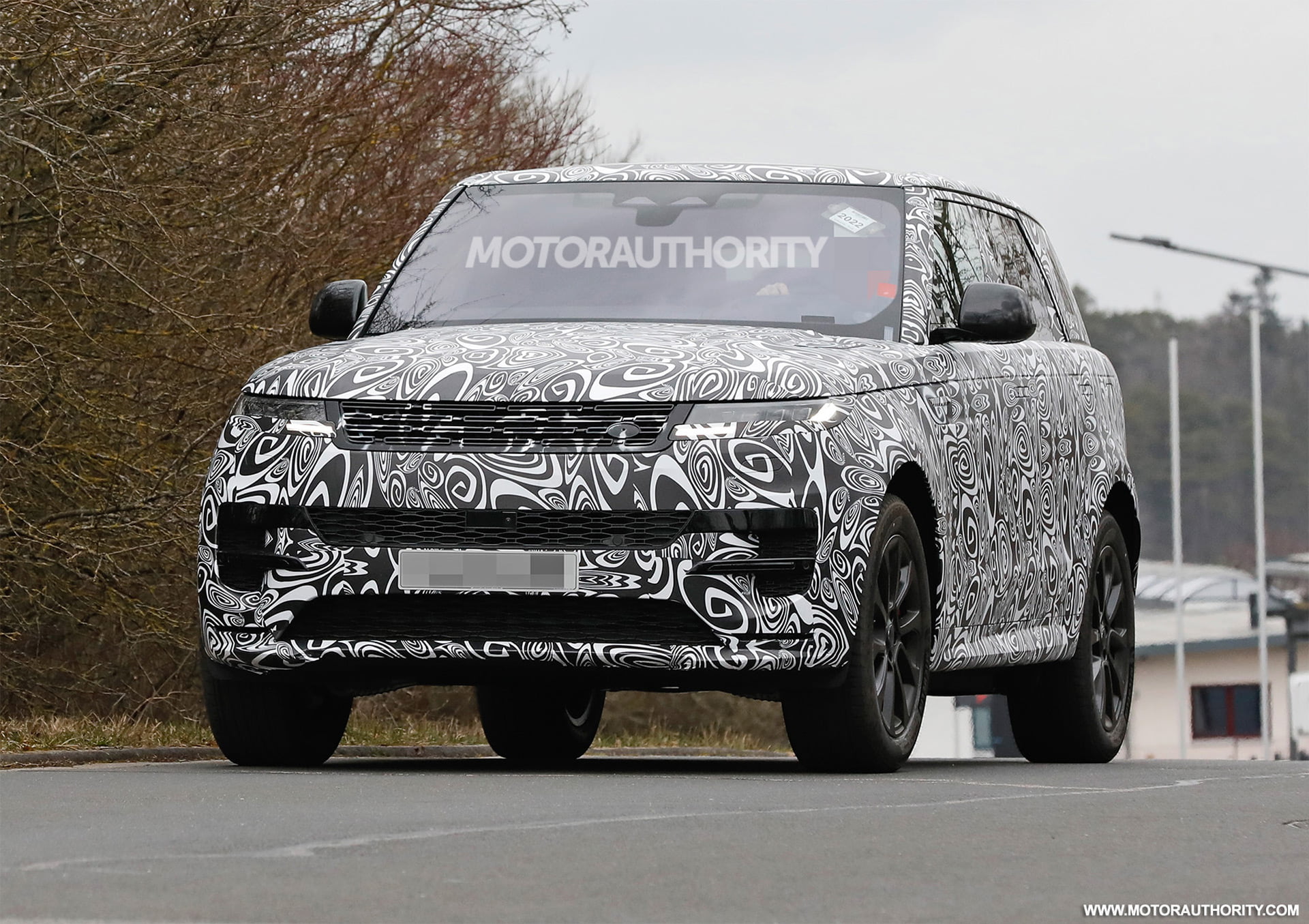 And we have an undisguised spy shot further down!

We know that Land Rover has been readying the third-generation Range Rover Sport for quite some time. Various spy shots of the new Range Rover Sport have surfaced since 2020! The new SUV will be revealed on May 10, 2022, and has now been teased through a set of images .

Going by the many spy shots that’ve surfaced so far including the undisguised leaked image shown further down in this article, and the official teaser images released by the manufacturer, the new-gen Range Rover Sport will come with a lot of changes, spanning across its design, cabin, and mechanicals. Here’s everything we know about it yet:

2024 Range Rover Sport is expected to get a major design overhaul. However, a detailed analysis of the spy shots suggests that the SUV would feature a design that would be an evolution of the one on the outgoing model. Noteworthy changes are expected on the front grille, bumpers, and fog lamp designs. The headlamps are expected to be sleeker LED units with simpler signatures inside.

The grille would be slimmer and classier than the one on the previous car. The front bumper would house new intakes that run across the width of the car. The bonnet lines and shape would also differ from the present car.

On the sides, the roofline would resemble the one on the outgoing model. However, with the window line, roofline, and beltline combined, one would draw more visual connections with the Velar. Range Rover Sport 2023 would also feature flush-type door handles. A new design for the alloy wheels is expected as well.

The rear end is expected to get major design reworks. The overall boxy shape will be retained. But the tailgate design and surfaces would be refreshed. LED taillamps and garnishes would now sit high on the tailgate and the number plate be placed on the rear bumper.

And now, here is the new Range Rover Sport before you are supposed to see it! This spy picture from Broadoak International Instagram handle gives you a detailed look at what’s coming your way. The SUV looks handsome and imposing. However, we would want the final product to come with 23-inch wheels than what’s in the picture here.

The new Range Rover Sport would get a new, more attractive design for its cabin. The vehicle would use new colors and more premium materials inside its cabin. In keeping with JLR’s sustainability vision, it would use animal-free leather, responsibly harvested wood, and recycled plastics inside.

2024 RR Sport will also get features like heated and ventilated front seats, heated rear seats, and the updated Pivi infotainment system with a larger (possibly 13-inch) touchscreen and OTA support. Though the details are in the dark yet, more connectivity functions and driver assistance features could also debut on the upcoming Range Rover Sport. The teaser image released by JLR also hints at the possibility of multiple screens on the new car. The vehicle would also have an optional third-row in the global market.

The new Range Rover Sport will be underpinned by the new MLA-Flex platform (Modular Longitudinal Architecture). This new-age architecture is known for its capability and efficiency and is shared with Jaguar models as well. If you might remember, the 5th Gen Range Rover too is built on the same chassis.

The MLA platform offers up to 50% more torsional stiffness and reduces structure-borne noises by up to 24%. There would also be a significant cut in the overall vehicle weight. Thus, the new Range Rover Sport would have improved dynamics than its predecessor. This would make much sense considering the fact that road-focused luxury SUVs like the Porsche Cayenne are among the prime competitors.

JLR’s MLA platform supports high degrees of electrification as well. Thus, it wouldn’t be absurd to expect an electrified Range Rover Sport sometime in the future.

There are no clear hints yet on the exact powertrain details of the new baby Range Rover. However, we expect it to borrow its engines from the larger Range Rover. It could come with an inline-six with or without mild-hybrid tech and a 434 hp plug-in hybrid setup. The full-blown Range Rover Sport SVR would have a BMW-sourced V8, expected to produce over 600 hp!

A fully electric version (BEV) of the SUV could also debut sometime after the larger Range Rover goes all-electric in 2024.

Wait Till The Release Date!

Yes, we will have to wait till May 10, 2022 to see the final form in detail and get an idea of the exact specifications. But hey, do you remember the Range Rover Sport climbing 999 steps to Heaven’s gate in China, in 2018, and proving its b-, I mean, shocks? Or the record-setting Pikes Peak run? Or crossing the Empty Quarter desert? Well well, now wait for the unveiling!