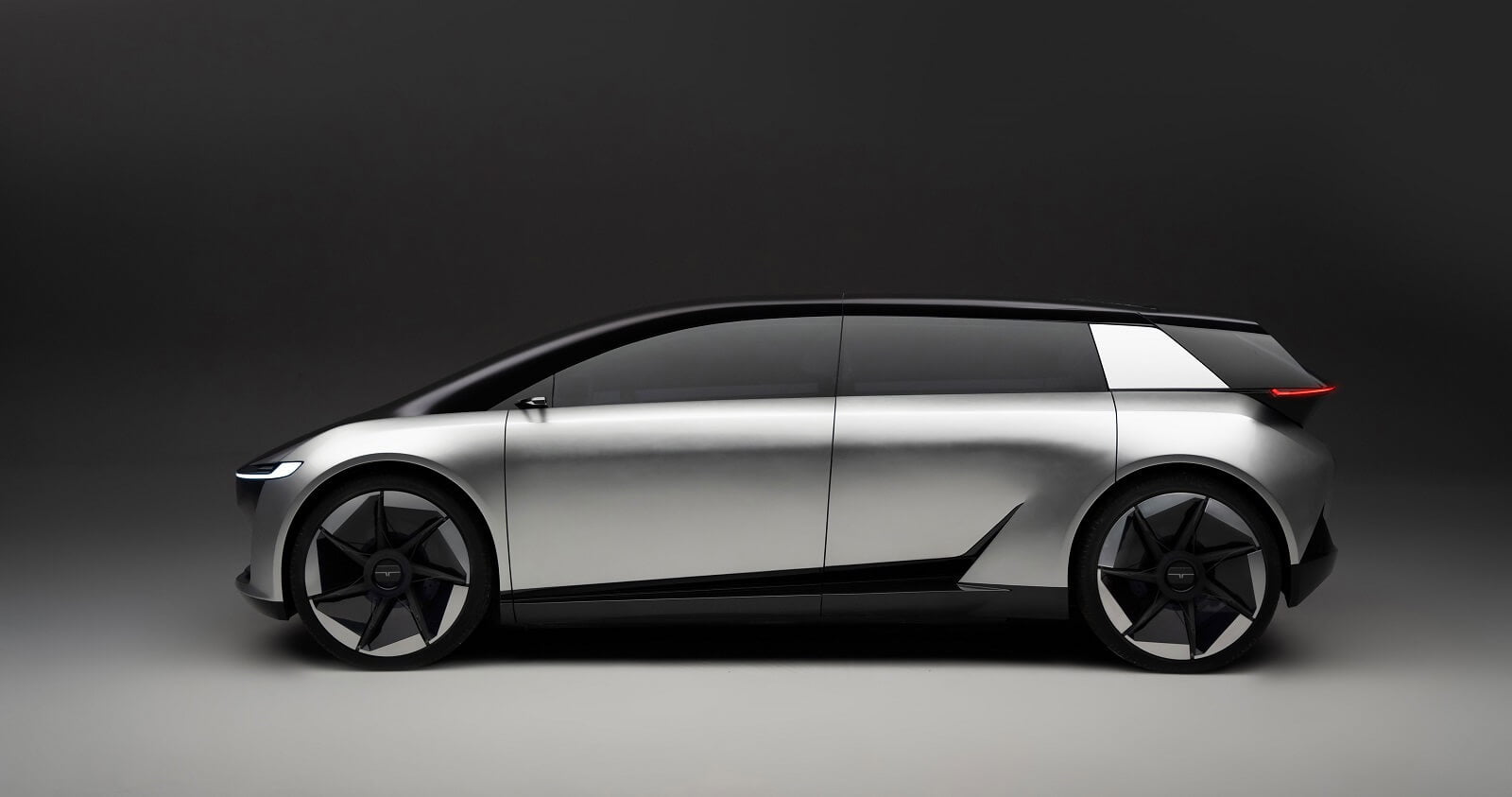 Weeks after stealing our eyeballs with the Curvv EV concept, Tata Motors has now revealed its first pure-EV vision, based on a dedicated EV platform. Tata Avinya concept based on the Gen 3 EV architecture would translate into its production form in 2025.

Tata Avinya: The Story Behind Its Name

‘Avinya’ could sound like too odd a name for an EV. But, Tata Motors, however, has some really interesting narratives around this nomenclature. ‘Avinya’ has its roots in Sanskrit, and means ‘ innovation’ in the Indian language. Tata wanted the name to imply or draw connections with ‘innovation’- the whole point of these EVs. Tata Motors aspires to design and develop groundbreaking electric vehicles and EV tech that would stick to global standards, even while going vocal about being Indian. Striking chord to this, the ‘IN’ in ‘AVINYA’- Tata says, would signify ‘IN-dia’!

The Avinya concept is quite large in overall dimensions. With a length of 4,300mm (4.3 meters), it is almost as large as the Tata Harrier (which is 4,598 mm long). However, sources reveal that the production form will have slightly different dimensions. The skateboard structure of its platform allows the Avinya to have its wheels pushed to the extreme corners, thereby generating the maximum-possible cabin room. The flat floor and long wheelbase would further be of help here.

Avinya takes the inspiration for its design essence from the catamaran- a twin-hull boat. You can spot these visual connections at multiple areas of its design. Tata’s futuristic design mantra- ‘Less is more’ which we had recently seen on the Curvv (Read our thoughts on Curvv’s design), remains the core of this concept as well. It gets a clean, futuristic and minimalistic design that looks exceptionally good.

The low-set nose instantly catches your eye, especially with its pronounced lighting signature that spans along the entire width of the vehicle, highlighting its size in the process. This light bar forms an undeniable ‘T’ at the center, forming a drool-worthy brand identity for future Tata EVs. The solid lower grille is illuminated and gels well with the upper light bar.

The profile has a strong shoulder line, glass roof, Blacked out A-pillars, and butterfly doors (which would obviously be ditched on the production car). The concept rides on 22-inch wheels with EV-spec styling, which would be replaced by 20 inchers on the production-spec.

The rear end looks gorgeous with an LED lightbar that looks like the lighting signature at the front, and neatly integrates the tail lamps. This is so designed to extend beyond the bodywork and have a floating effect. The notable design details here include a neat roof-lip and a tailgate design with a very high focus on aero-efficiency.

We feel that the shooting brake design looks fab on the concept. With the corner-sitting wheels and the epic wheelbase, the Avinya looks and feels like a future-ready EV stereotype!

With the wheels pushed to its corners, the Avinya has a human-centric approach to its cabin. The epic wheelbase is complemented well by the skateboard platform design, and the occupants enjoy generous room inside. The cabin gets a welcoming color scheme and soothing surfaces. It feels pleasant with the greenhouse letting in plenty of light. The front seats get swivel functions on the concept, and Tata says they’re working hard to retain these on the production car.

Tata Avinya concept attempts a digital detox inside its cabin by ditching the large central touchscreen. Instead, you would see a soundbar taking the centre stage, as the car would have most of its in-cabin commands/functions voice-driven. Tata says the production form would have a strong focus on voice/AI-driven functions and connected mobility tech. It would not be out of place to expect Alexa integration or Google voice assistant on the production form.

The seats get individual headrest-mounted speakers and air vents for added convenience. Another fancy bit is the aroma diffuser mounted on the front central armrest. This would help the user explore various aroma signatures and to set the right mood for his/her drive.

The steering wheel has a navigation screen mounted on it. Furthermore, there are a head up display (HUD) and a full-width screen at the base of the windscreen, to make things easier for the user.

Tata Motors will use sustainable materials in the design and manufacturing of the production guise’s cabin. The car will have the use of recycled materials in multiple places inside it.

The AVINYA is underpinned by a pure-EV platform. The skateboard design has a major role to play in making the cabin roomy and livable. Furthermore, this platform can spawn vehicles of varying body styles and capabilities. The skateboard can underpin anything from high hatches, to SUVs to MPVs (or shooting brakes!). Also, it supports FWD, RWD, and AWD. This could thus form the base of most of Tata’s future BEV offerings.

Though there is no clear word yet on the possible powertrains for Avinya, we’ve been told that the battery pack on the production version would deliver range figures of over 500 kilometers, and would support ultrafast charging- sources say that 500 km range could be replenished in under 30 minutes! The Avinya is also expected to feature ADAS and other driver aids in its production form.

Is Tata Going For A New Brand Identity/ Logo?

When you see the lighting signature on the Avinya, you would ask this. So did we! And Tata’s response was rather amusing. The manufacturer calls the new interpretation of ‘T’ in the lighting signature, a mere design element of the concept. According to them, the only physical significance of the light bar would be to highlight the width of the car. Furthermore, the ‘T’ signature, as Tata says, also signifies the infinite possibilities that the carmaker is eyeing to leverage with its future EVs. It would, however, not translate to new brand identity or logo for the time being. But, we do know that this would form the visual identity for the upcoming BEVs.