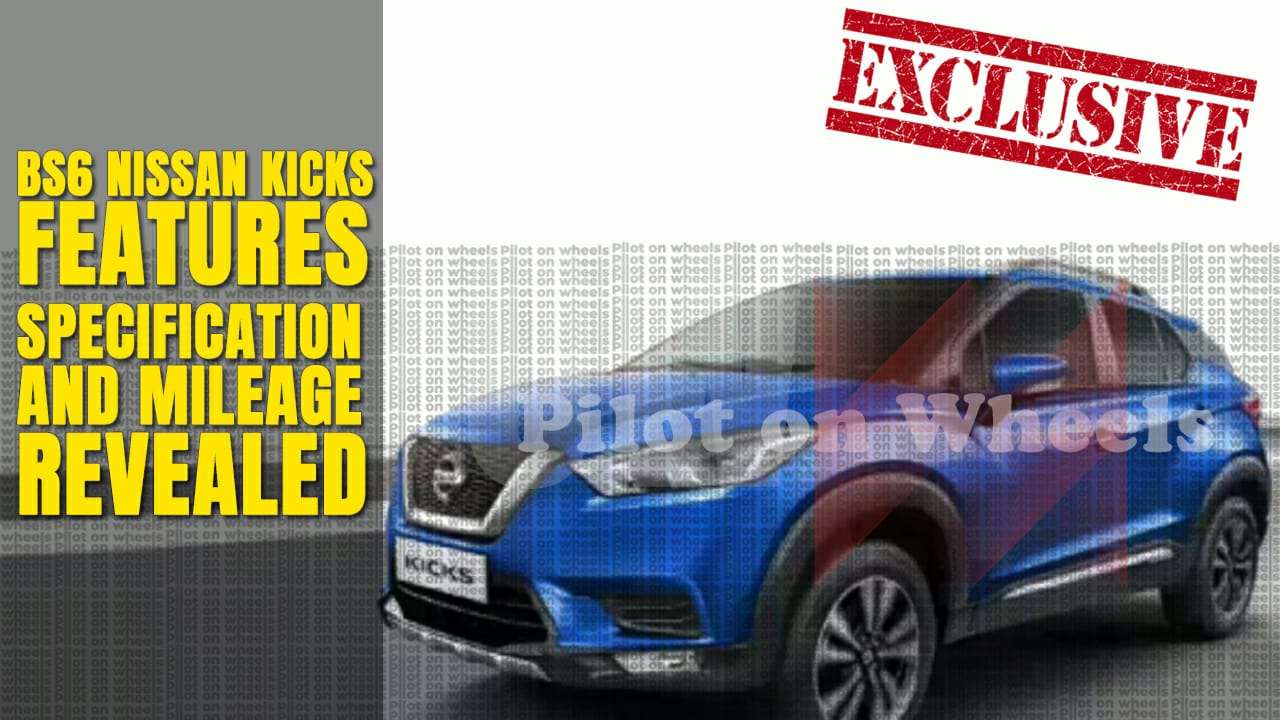 Nissan Kicks is an SUV that has had a less fortunate run in India. Though an enticing package overall, the Kicks failed to sell huge numbers due to a few key misses that it had had at the time of the launch. Nissan is readying the SUV for a second battle here and details of the BS6 Nissan Kicks have now surfaced on the internet. Here is everything we know about this yet…

The key change in the BS6 Kicks would be under the hood. The SUV, in its previous avatar, had been powered by a 1.5L naturally aspirated engine that was good enough to let out 106 horses. However, the new model would host a 1.3 L turbocharged petrol engine that would let out as many as 156 horses effortlessly! This would gain it the tag line of being the most powerful petrol engine of the lot. Though the rivals like Hyundai Creta, Kia Seltos and MG Hector do have turbo petrol engines on offer, the BS6 Nissan Kicks would undercut all of them by fair margins, talking of power figures!

Also worth mentioning is the fact that the new Kicks would get the carmaker’s familiar CVT transmission as well. The gearbox would apparently see a hike in performance and fun from its iterations elsewhere. It would have an 8 step M- mode to simulate manual shifts and would offer less friction than usual and hence better fuel economy as well.

The official mileage figure of the updated Nissan Kicks is known to be 16.3 kmpl for the CVT equipped turbo petrol. If the claims prove to be true, this SUV would be worth a buy in today’s market.

On the features and equipment front too, the Kicks does not fall behind a bit. It gets the familiar array of features as its predecessor but with the addition of new-age bits like idle start/stop and remote engine start/stop using the key. The vehicle will have 4 different variants in the market and the bookings will start on May 15, 2020, as per the reports.