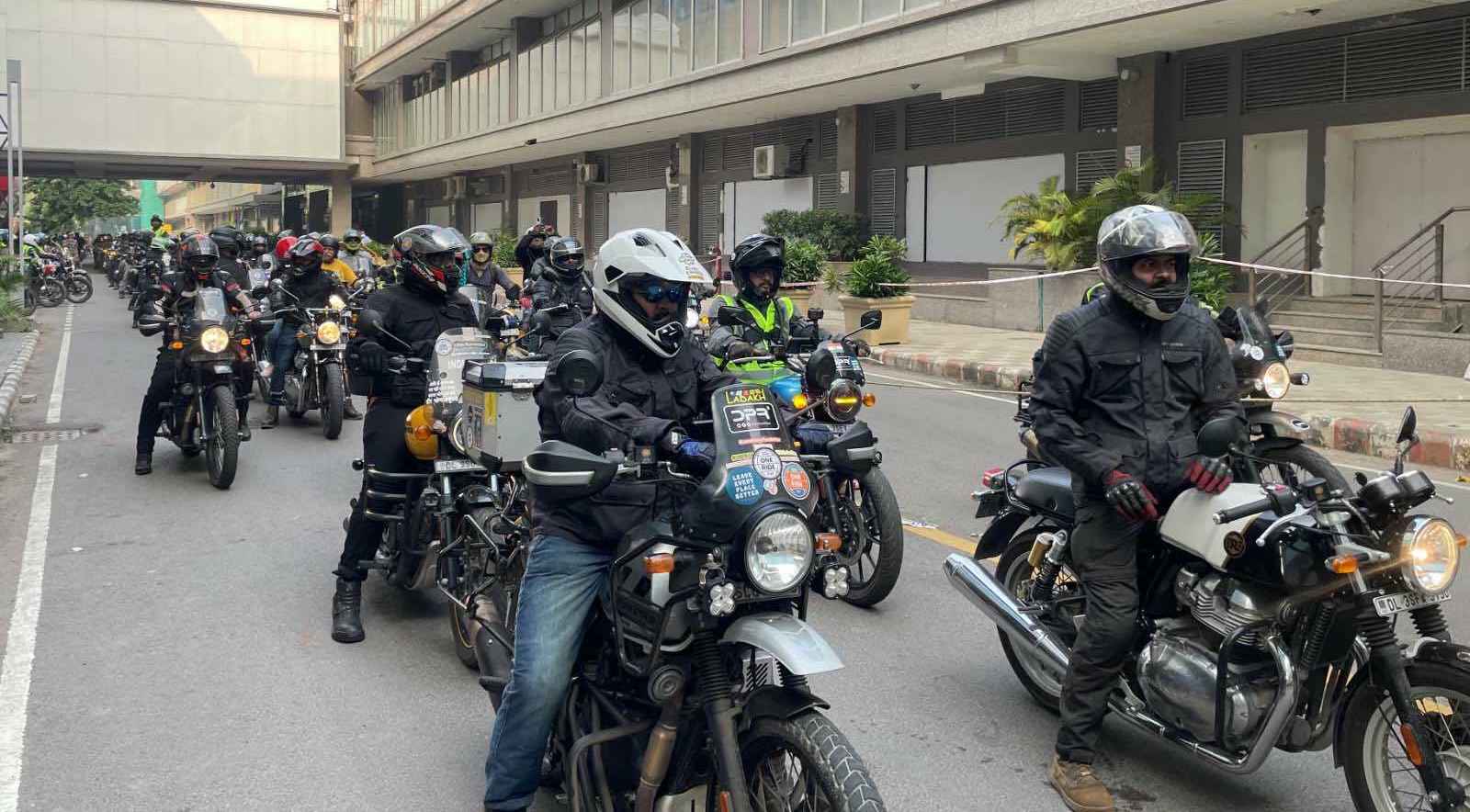 Royal Enfield conducts the 11th edition of One Ride

Celebrating the passion for motorcycling is something Royal Enfield is as good at doing, as it is at making motorcycles. The manufacturer has a number of exciting ride programs on offer, of which the One Ride is a relatively new but hooking format. It conducted the 11th edition of One Ride last Sunday and we had a great time joining the RE community. One Ride is a global ride program and also the largest cause-led ride in India. This time around, it had ‘encouraging responsible travel’ as its prime mission- or as Royal Enfield calls it- ‘One World | One Mission | One Ride’.

We Rode The Royal Enfield One Ride 2022!

Royal Enfield invited us to ride alongside RE enthusiasts from Kochi to a destination in Idukki, roughly 100 km away. The ride started at 7 in the morning- coordinated by the major Royal Enfield dealerships of the place. We rode the new Hunter 350 Retro alongside 40 other motorcyclists and were soon joined by the clans led by other dealers, taking the total count to over 140.

The larger pack had almost every Royal Enfield motorcycle we know- Classic 350, Standard, Continental GT 650, Hunter 350, new Classic 350 and the Meteor. The riders were all from diverse social and geographic backgrounds, joined by their passion for motorcycling and brand loyalties. The destination, at a distance of around 98 km from where we’d started, was a serene, raw place by the hills- Kananam retreat. The route involved highways, small city patches, clear winding roads and a short section of ghats.

The ride was sweet and engaging and the route was covered in around 3 hours. The destination offered some great moments for the riders to hang out, share the spirit and celebrate motorcycling and the passion for it. Various activities like slow races were also organized. I really love the way Royal Enfield organizes its ride events and experiences- the precision, efficiency and attention to detail are all to be praised.

One Ride: The Broader Picture

One Ride is a global ride program, celebrated in around 50 countries in 2022! Originally debuted in 2011, it is now in its 11th edition and 15,000 members strong, spread across 500 cities. The entire idea of One Ride is to have RE riders on the roll across geographies but on the same day, and to ensure memorable ride experiences.