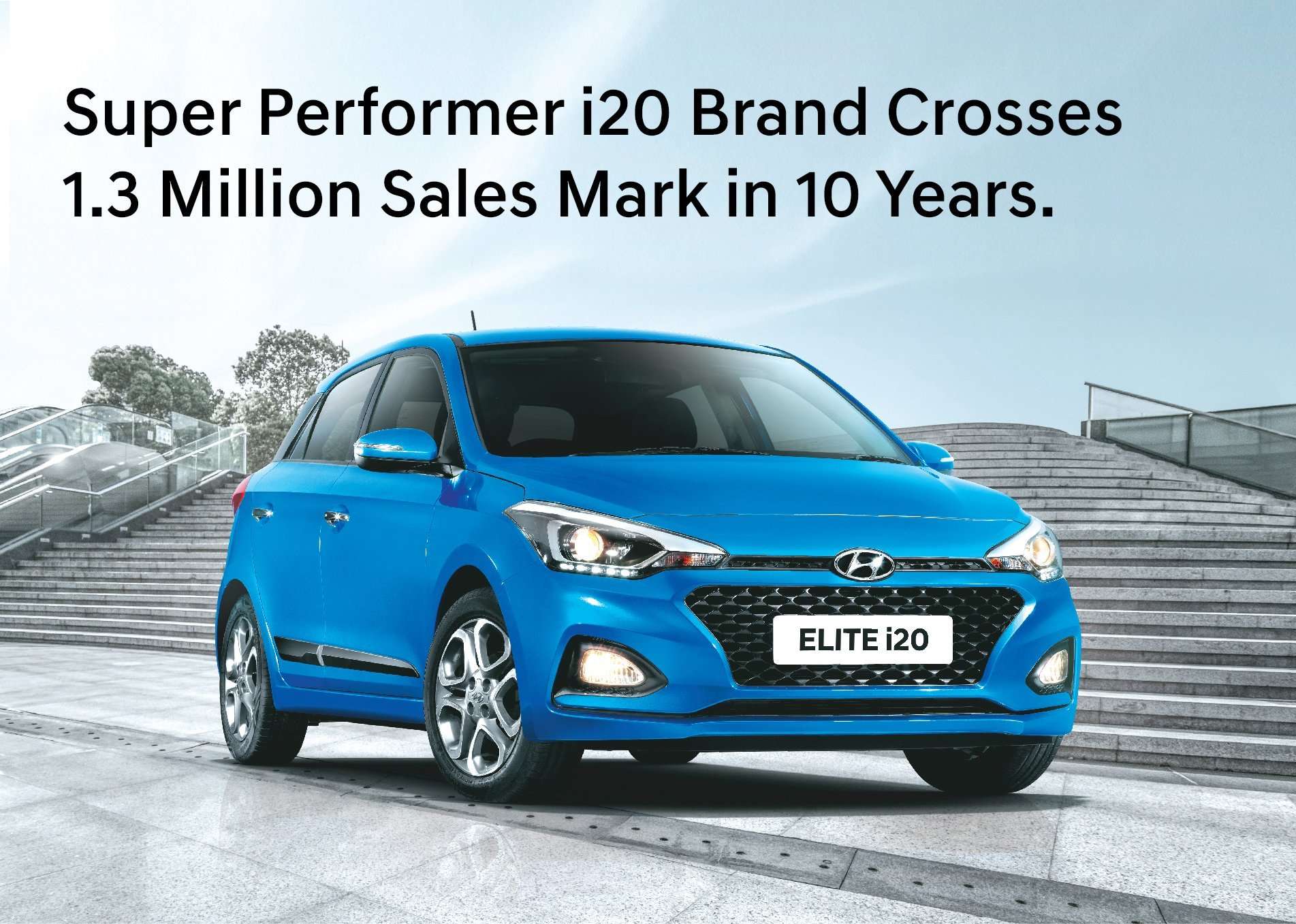 We had recently seen Hyundai India creating wonders in sales by achieving super-impressive sales figures. With the Santro too selling good numbers across the country, the carmaker is evidently having a great time here.

Hyundai India has yet again hit the newsboards now by achieving another milestone of selling over 1.3 million units of its super performing brand ‘i20’. The milestone was achieved within a span of 10 years, apparently the fastest for any car in Premium Compact Segment.

Commenting on this achievement, Mr. Vikas Jain, Asst. Vice President- National Sales, Hyundai Motor India Ltd. said, “We are extremely delighted with this unprecedented milestone that i20 models have achieved of 1.3 Million global sales and have met the aspirations of Indian and Global customers. The i20 established the Premium Compact Segment and has been a stellar brand that personifies Hyundai’s Modern Premium positioning. It has set new benchmarks in the Premium Compact segment and continues to dominate with its world class appeal, performance and looks.”

Various generations of the car have sold over 8.5 lakh units in India alone. The I20 still holds the title of the most awarded premium hatchback, having grabbed over 30 coveted awards over the years, including ICOTY 2015. The I20 had scored also an outstanding 5 star Euro NCAP safety rating in 2009. The Delhi Auto Expo 2018 had seen the launch of the all new 2018 Elite I20, that is essentially an epitome of Premium look, Sporty Styling and a robust rear stance based on Hyundai Motor’s advanced design philosophy . The car did appeal a great deal to the young and enterprising customers from across the world, well, it still does !