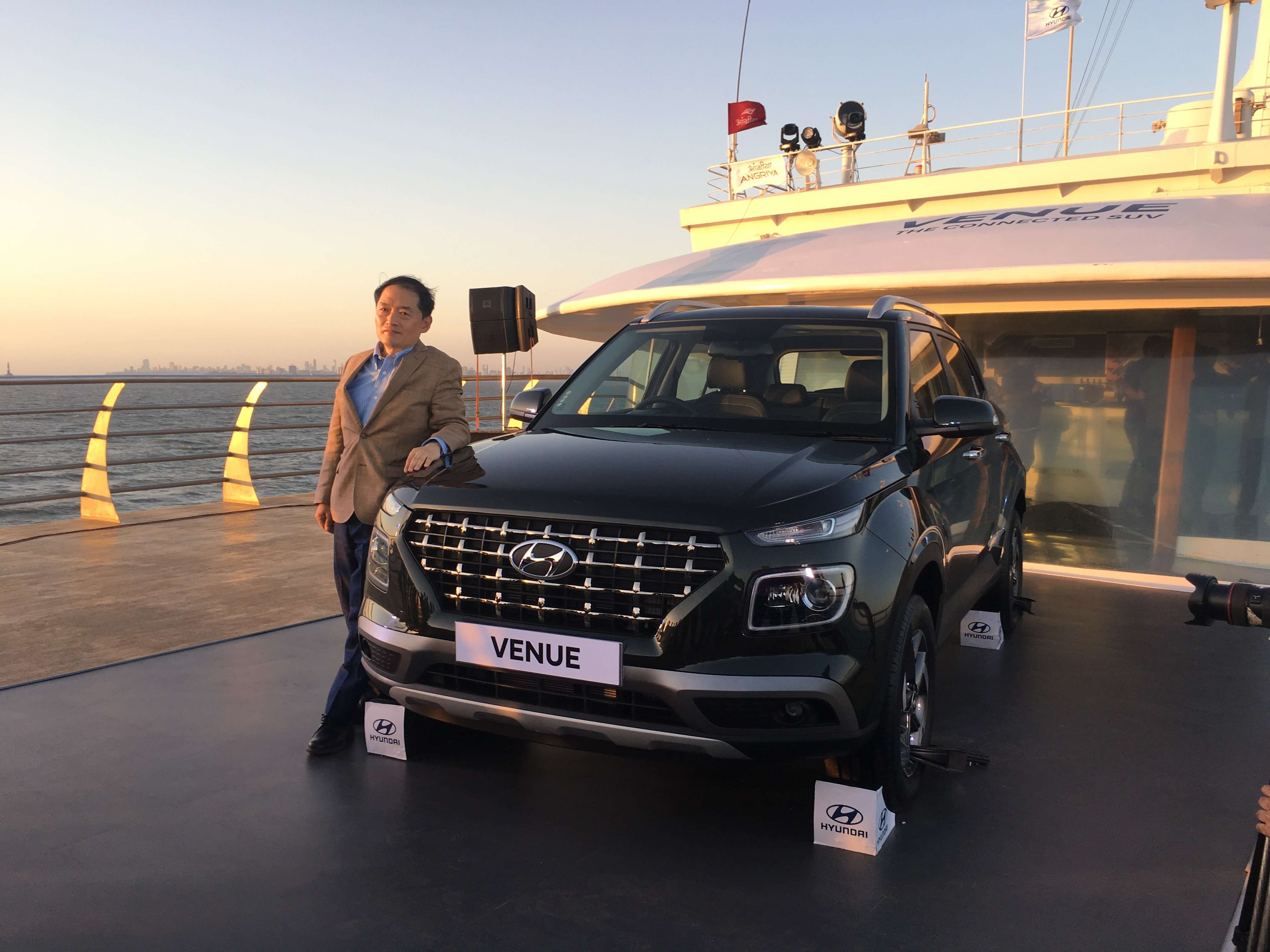 Over 2000 people booked the Hyundai Venue on the first day, around 84 bookings per hour, to be more precise!

The Hyundai Venue SUV look-alike is the next big thing coming from the Korean manufacturer as far as the Indian automobile market is concerned. The global version of the car had recently made its debut and has since been amassing wide appreciation.

While there are well-pronounced differences between the global model and the one destined for India, both the cars hardly differ much in terms of the design language and the equipment onboard. Thus the Indian spec Venue has also been turning an infinite number of heads ever since its unveil on a cruiser ship amidst the Arabian sea, recently. 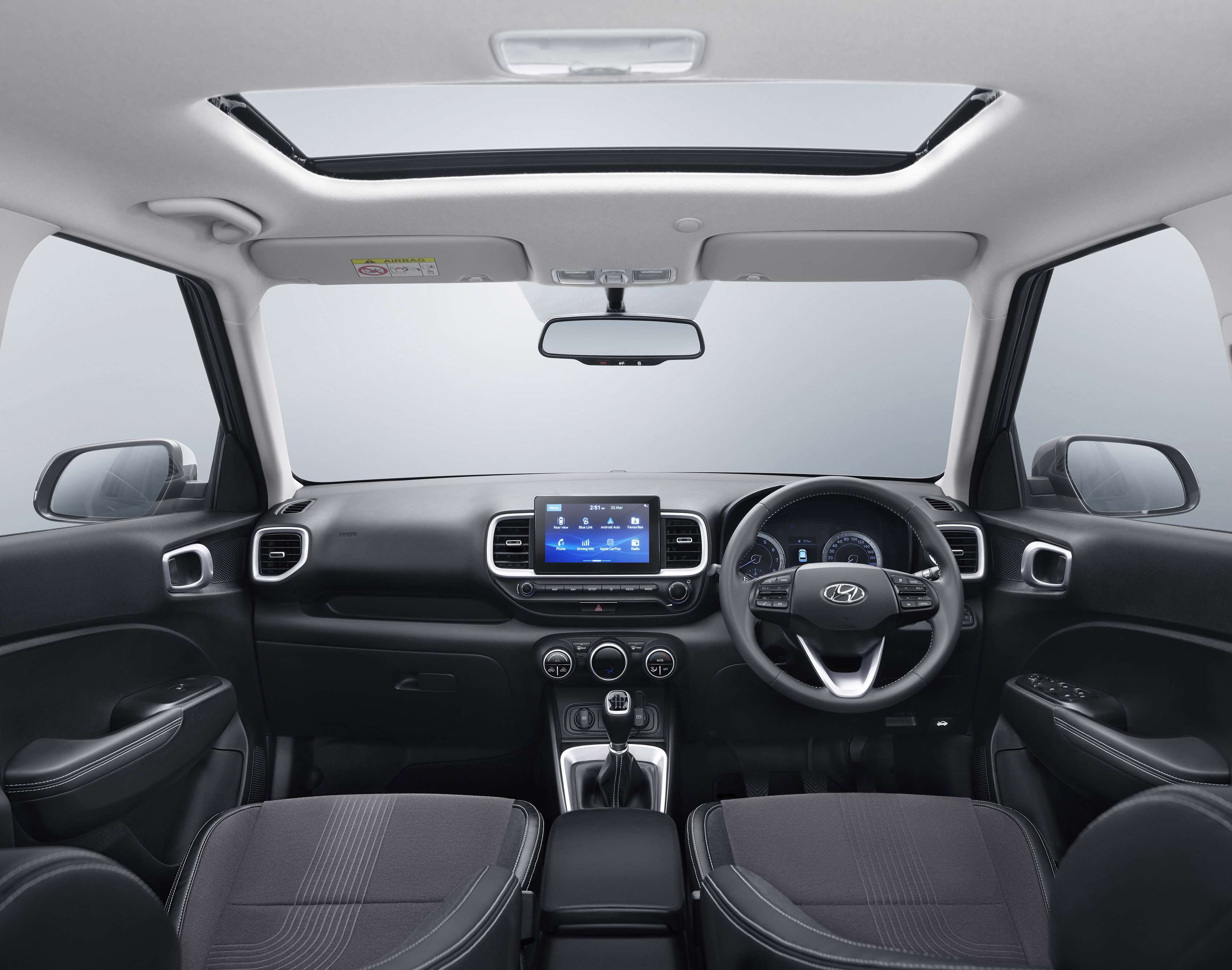 With the official Hyundai Venue launch scheduled to happen later this May, Hyundai India had started accepting the bookings on May 2, 2019. The plethora of comments and words of appreciation that the unveiling of the Indian spec Venue had brought in, seem to have been flawlessly converted into bookings and what this finally leaves us with is the sight of Hyundai clocking in a record number of bookings on day 1.

Official records reveal that over 2000 people have booked the Venue on the first day itself. This essentially means that around 84 cars were booked every hour durig the day! Such milestones are no new thing for Hyundai India. It’s not been long since we saw the Hyundai Creta and Hyundai i20 set record figures in sales and the carmaker itself recording a massive boom in sales. This one here is just another gem on the crown!

Commenting on the VENUE bookings, Mr. Vikas Jain, National Sales Head, Hyundai Motor India Ltd. said, “We are overwhelmed with the enthusiastic response received from our SUV loving Customers. The Day one response is a record booking for an SUV, with an average of 84 VENUE every hour. We are receiving customer enquiries at all our touch points across India as VENUE tops Vehicle Preference Chart in Design, Power, Transmission and Connectivity. Further, the notable traction on Online booking is coming from Semi-urban areas due to strong telecom infrastructure. This showcases emergence of new era of connected mobility solutions and acceptance of technology in day-to-day life.” 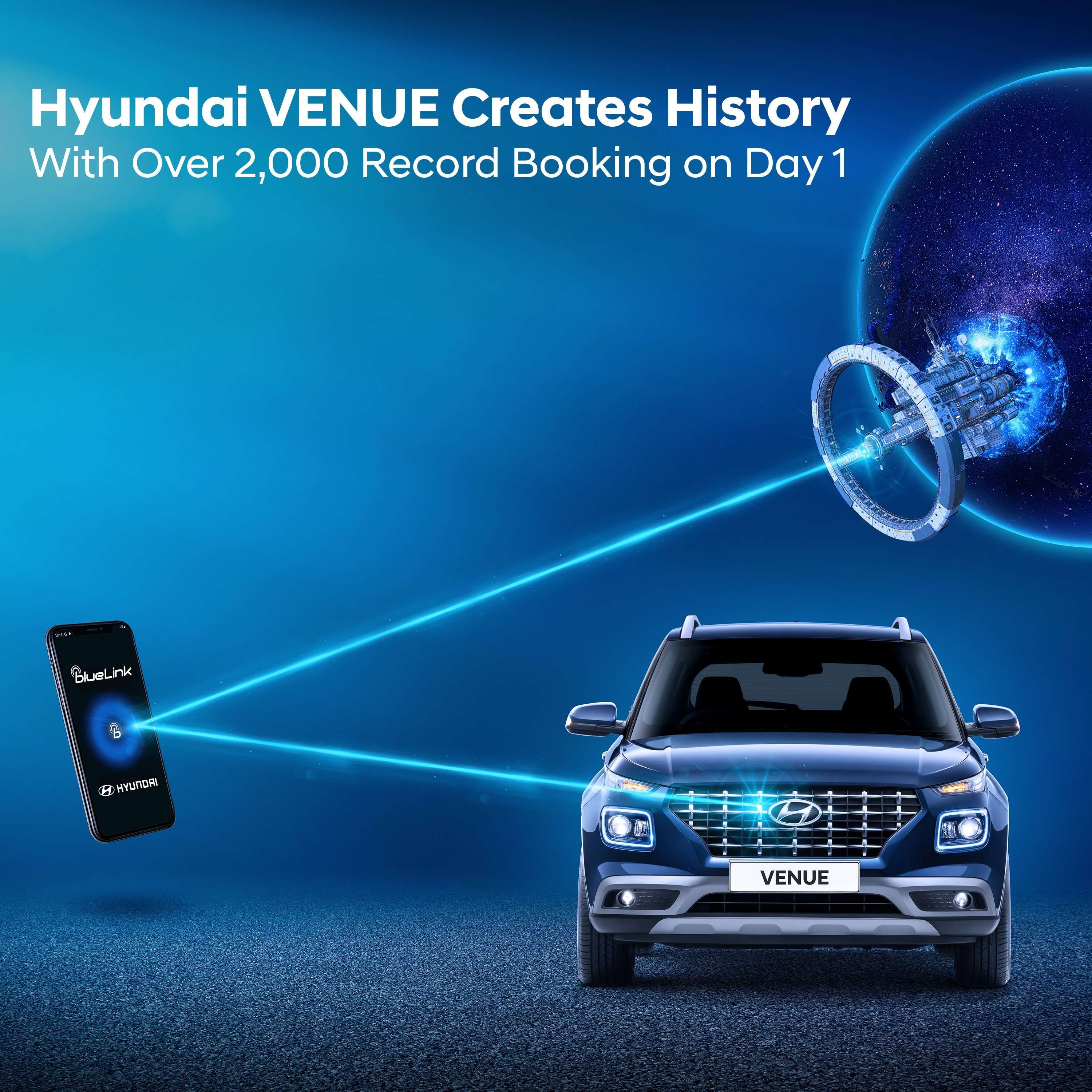 While the global model gets a 1.6L unit, the key Hyundai Venue engine for India is a 1.0L turbo petrol mill along with a 1.2L petrol and 1.4 L diesel units. Hyundai would also offer a first in class 7 speed DCT box on the Hyundai Venue SUV. The most amusing fact about the car is definitely the 33 new connected features onboard, 10 out which have been tailor-made for the Indian market.

The Hyundai Venue price in India is yet to be announced as there is still a fair bit of time for the official launch. The bookings are open till 20th May 2019 and can be done here!