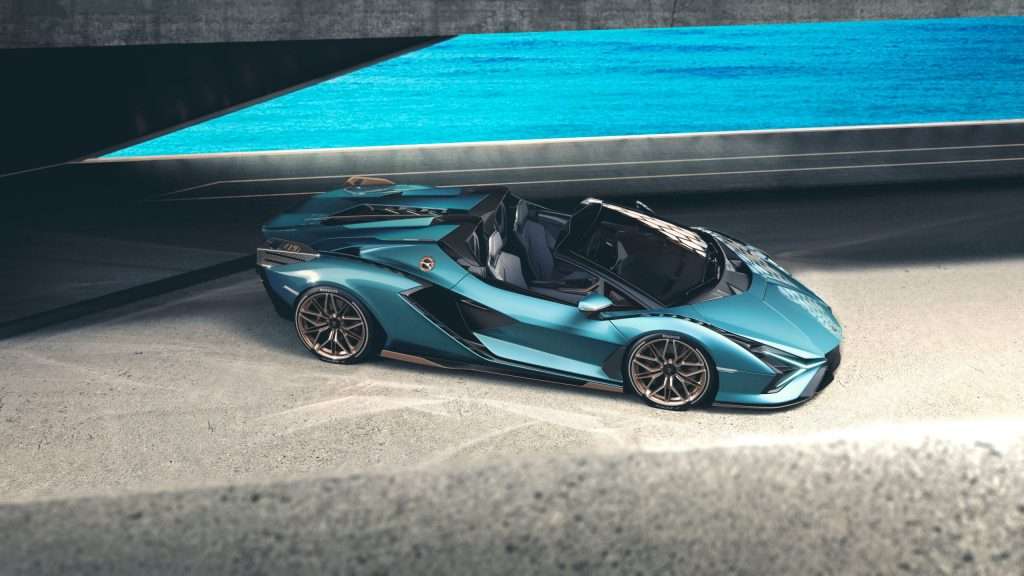 Lamborghini has taken wraps off the Sian Roadster. Here’s everything we know about this car now…

Lamborghini has unveiled its latest creation- the Sian roadster, a V12 super sports car spitting out hp! The car is essentially the roofless version of the familiar Lamborghini Sian, which is globally known as the most powerful Lamborghini ever produced.

The Sian has been much applauded for its flawless design and aerodynamics. Neatly drawn lines and carefully designed aerodynamics make the car a seriously fast machine. Almost all of these design elements get carried over to the roadster as well. There are the massive front splitters, side air intakes, a pronounced rear spoiler, all intact on this car as well. The roadster is so designed as to beautifully make up for the loss in aerodynamic efficiency caused by the lack of a roof. The six hexagonal tail lamps at the rear draw their inspiration from the mighty Countach.

The Sian Roadster retains the hybrid V12 powertrain of its roofed sibling. It comprises of a V12 mill and a 48 Volt electric motor, both of which together put out as much as 819hp. The electric motor alone can put out 34hp and is used in low-speed maneuvers like reversing and parking. The key point here to talk about is the weight of the hybrid setup. The electric mechanism weighs just 34 kilograms and thus renders a magnificent power to weight ratio of 1 kg/hp!

The Sian roadster does the zero to hundred dash in under 2.9 seconds and has a top speed of 350kmph. The car is super-exclusive, as just 19 units would ever be made, all of which have already been sold out as well.