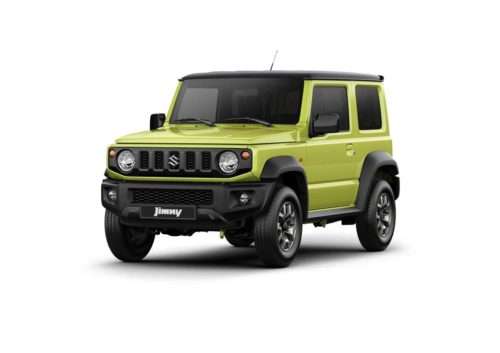 Maruti Suzuki Jimny is finally coming to India. But do you know that it would have a 5 door layout here?

Maruti Suzuki is readying the fourth generation Suzuki Jimny for a 2021 launch in the country. The carmaker had earlier showcased the model at the Auto Expo 2020. Details now reveal that the Indian spec Maruti Suzuki Jimny would have a larger 5 door layout as opposed to the internationally acclaimed 3 door design. Autocar India reported this news first and claims to have gotten it confirmed from the maker.

The Jimny is being hailed worldwide as an epic compact offroader. The added wheelbase and the additional doors would essentially mean death to this ‘compactness’ of the vehicle. It remains to be seen as to how this increase would affect its terrain tackling ability.

Save for the dimensional changes, the 5 door Jimny would remain unaltered from its three-door counterpart. The Indian model would come powered by the Ciaz-borrowed 1.5L K15B engine that would let out as much as 105 horses. The Four Wheel Drive system will have a low-range transfer case as well. The vehicle would also feature rigid axles at both ends and a tough ladder-frame chassis.

Maruti Suzuki would manufacture the Jimny at the Hansalpur facility. The car is hoped to hit the markets soon and priced just under INR 10 lakh. The carmaker plans to sell the Suzuki Jimny through the NEXA outlets.