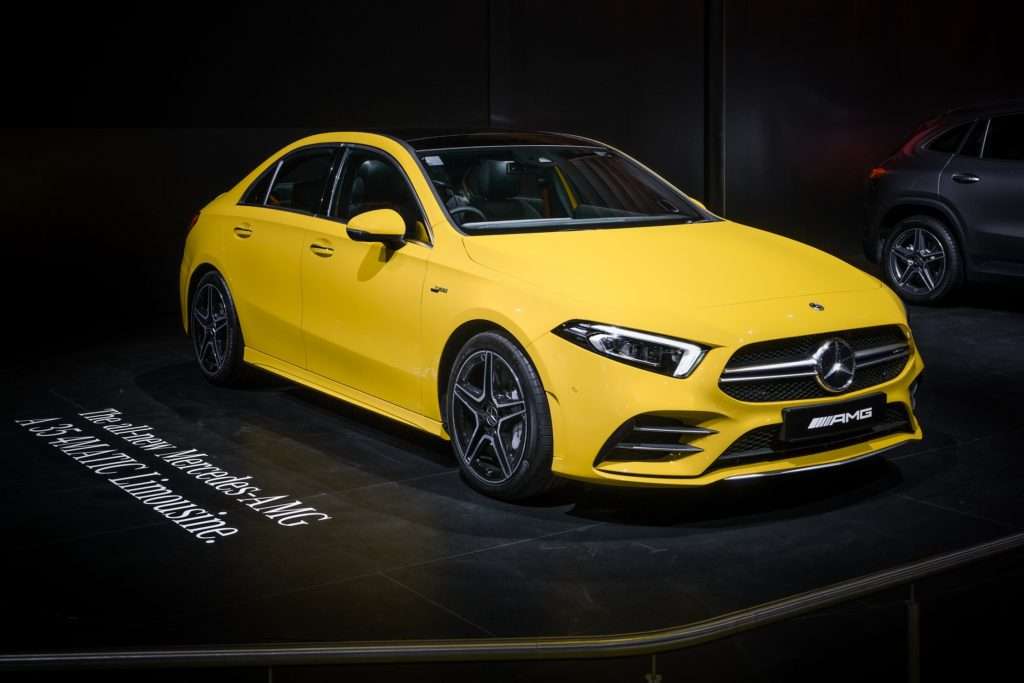 Both the petrol and diesel will come just in the progressive line trim. Styled decently, the car will have a bunch of interesting tech and equipment in either guise, including dual 10.25-inch displays for infotainment and instrumentation, all-new MBUX infotainment system with integrated navigation, connected car tech, panoramic sunroof, powered front seats, wireless charging for smartphones etc.

No official confirmation or announcement regarding the engine and technical specifications of the A class has yet surfaced. However, we expect a 163 hp, 1.3L turbo petrol engine to power the petrol A200 guise of the car and a 1.5L diesel, good enough to let out 116hp breathing inside the diesel (A180d)

The AMG guise would come in mostly as the A 35 spec. It will get aggressive styling and befitting equipment. It was the AMG guise of the A class limo that had been showcased at the Auto Expo 2020, where the car had made its glorious India debut. The car gets sportier bumper and side skirts, AMG spec alloy wheels, trim spec front seats, AMG spec boot-lid spoiler, AMG steering wheel, AMG spec trims. It will also feature a separate Burmester surround sound system as standard. On the technical front, the AMG A class would most likely come with a 306 hp 2.0 L, four cylinder, turbo petrol engine and all-wheel drive system.

We expect the prices to fall in the INR 32-40 lakh range for the A200 and A180, and the AMG priced a bit higher. Upon launch, the A-class limousine will go against the likes of the upcoming BMW 2 Series Gran Coupe. Mercedes Benz India has opened bookings for the car.