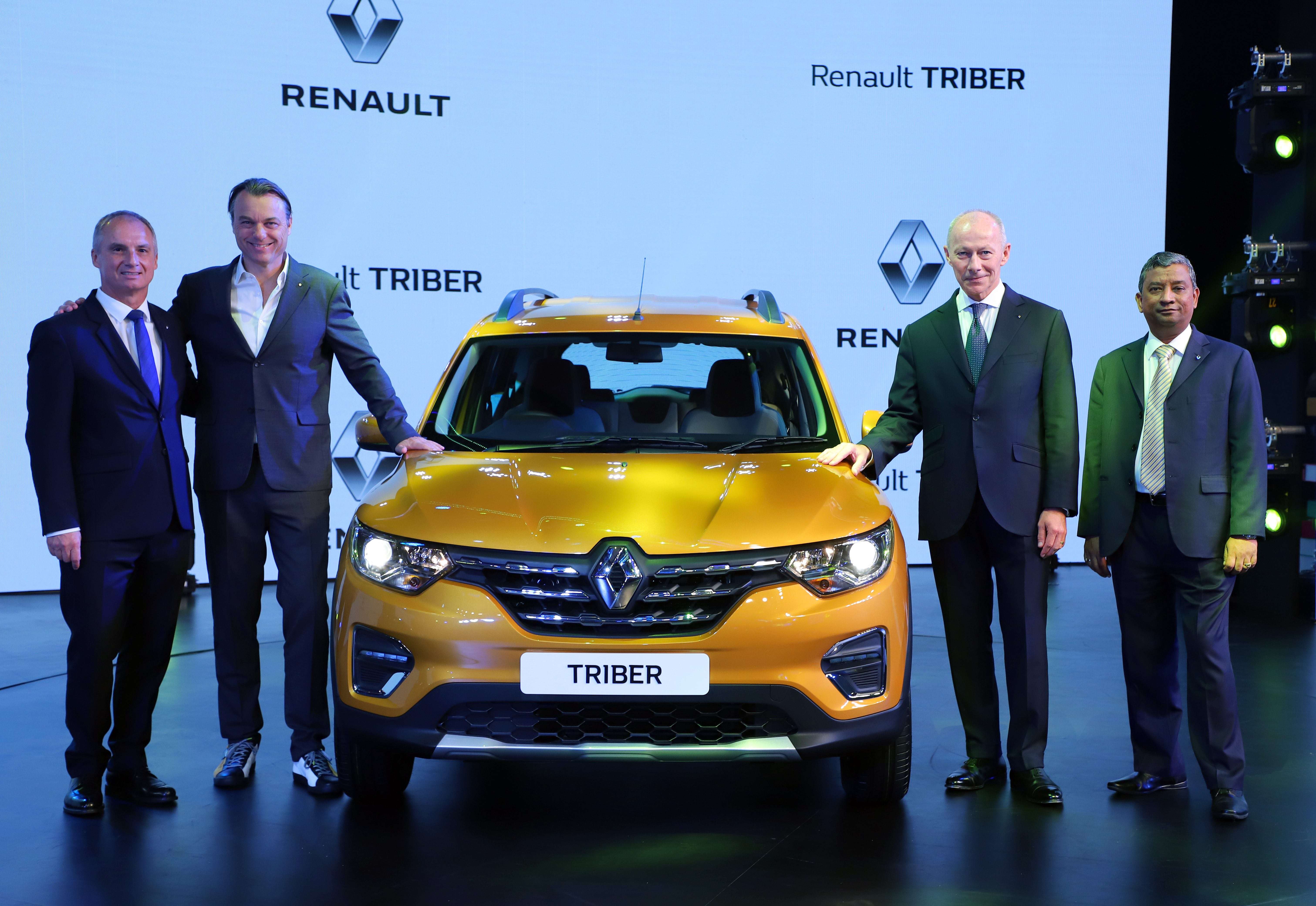 The Renault Triber stuns India with the abundance of room inside, all that remains to be seen now is the price, fingers crossed!

No more waiting for tribing up, Triber – the much awaited compact MPV from Renault India, has finally broken veils and indeed looks hot in flesh! The car isn’t much different from what we had earlier told you as to how it would be.

The Triber is something that has been specifically designed for the Indian market, and thus the carmaker has gone for no other venue than India, for having its global premiere done. Essentially the product of a healthy association between the Renault teams of India and France, the Triber caters to almost every craving of the average Indian buyer and is almost a sure shot (Well, we are yet to have the pricing, hence the customary bit of ‘uncertainty’!) 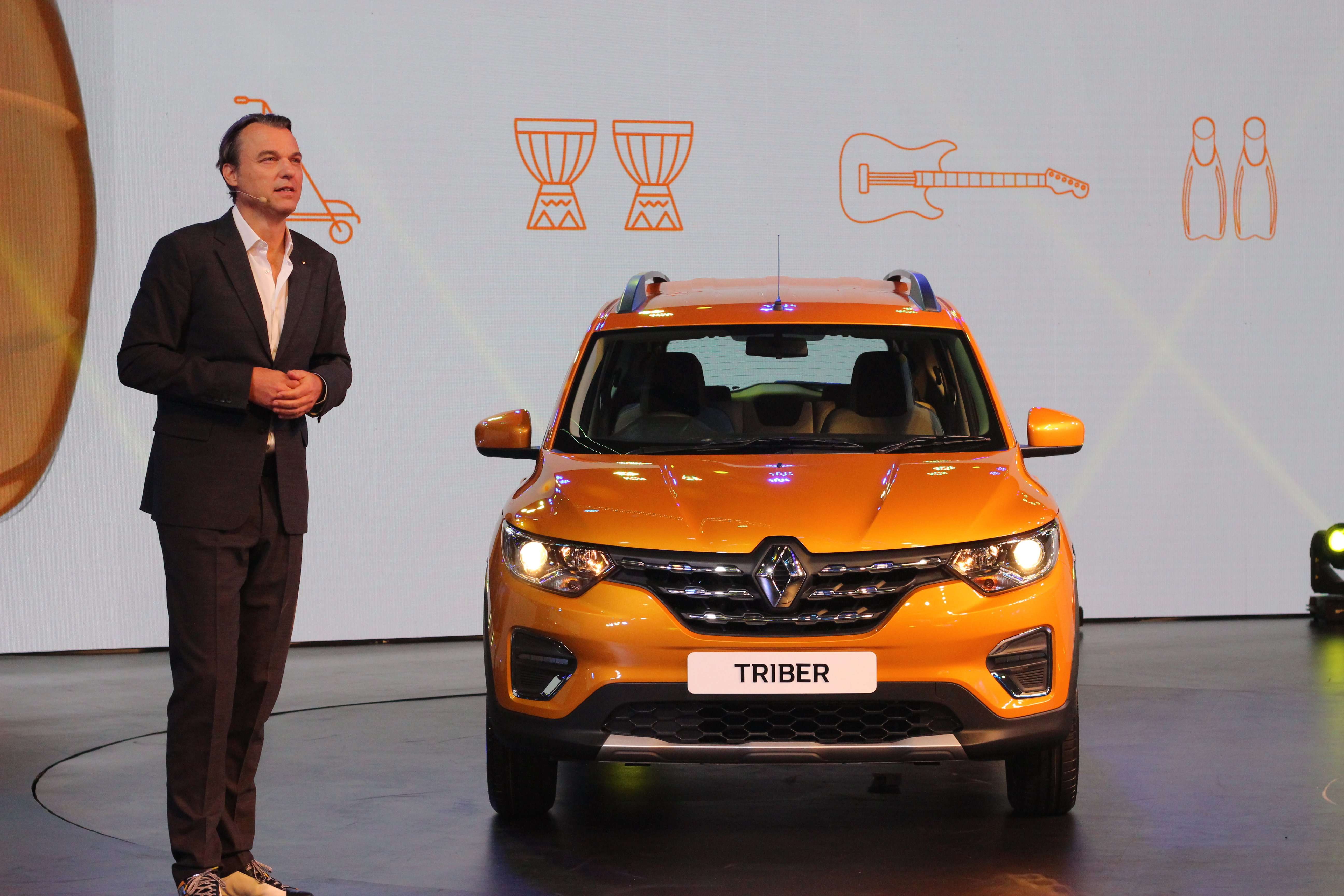 “India is a key market for Groupe Renault. We are still young to India, yet our ambitions are high in line with our “Drive the Future” strategic plan: we aim at doubling our sales by 2022. For that reason, we are bringing Renault Triber, another breakthrough concept, targeted for Indian’s core market. Renault Triber was conceived, developed and produced in India, for Indian customers first, before we take it to the world. It is a real game-changer,” said Thierry Bolloré, CEO of Groupe Renault, at the unveiling of the Renault Triber MPV.

The Triber stuns the beholders with the abundance of room inside. Be it for the people-moving capability or the luggage-stuffing skills, the Renault Triber 7 seater has it all! Space inside the cabin is heartwarming, to the extent of being able to be called one with the best in class boot space ( a massive 625L with the third row down!). 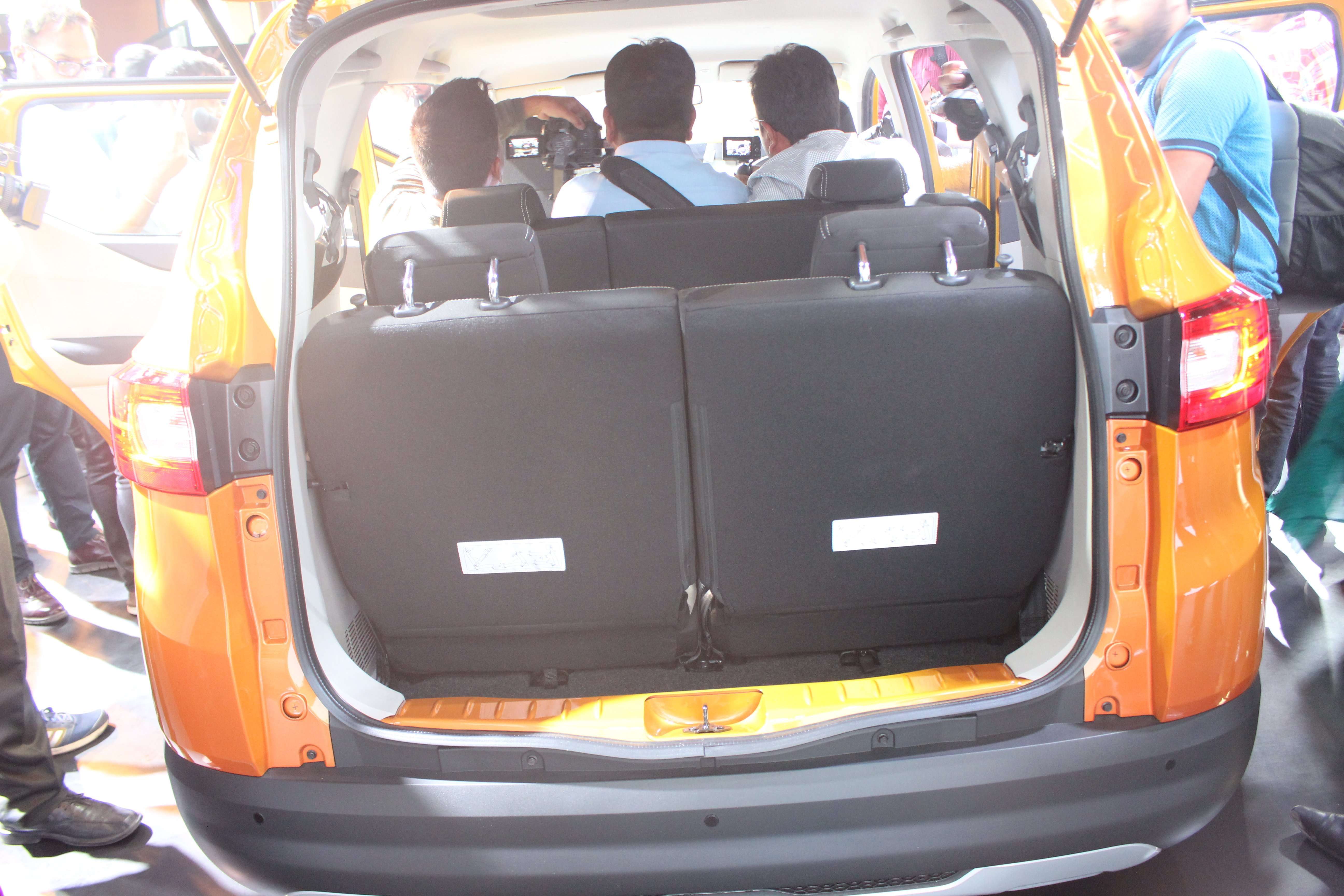 Keeping the space-hungry average Indian families in mind, there are over 100 different seat configurations on offer, thanks to the highly versatile seating system featuring ‘EasyFix’ seats. There are 4 major seating modes, viz Life mode, for when you are just a team of 5 who would like their seats to be slid and reclined to their comforts, Tribe Mode, when you wanna stuff the car up with people, something that the Triber is too good at doing, Surfing Mode, when you wanna take quirky shaped things like a surfboard or an ironing table along on your drive, and the Camping mode for occasions when you wanna go out camping with a partner and thick-pack the rest of the car with luggage. And all these come but under 4 metres of overall length!  Now that’s smart, isn’t it?

Speaking about the designing innovation around Renault Triber, Laurens van den Acker, Executive Vice-President, Corporate Design, Groupe Renault, shared, “Our goal with Triber was to design a car that would transform according to the many needs and the many lives of our customers. Whether they are parents, lovers, a friends’ group, a family pack, whatever their tribe, whatever their lifestyle, Renault Triber should adapt. Triber is true to the Indian values of conviviality and sharing, which are the same in Renault. It offers an attractive, robust and compact design and is re-inventing space for all. We are very proud of our latest breakthrough, which turned a length challenge into a miracle within 4 meters!”

As evident from the Renault Triber Images out here, the MPV is indeed good looking and follows the carmaker’s newest global design philosophy. The sculpted bonnet, LED DRLs, stylish projector headlamps,  inclined windscreen, clean and well-drawn lines, uniquely shaped rear quarter glass area, the slight roof drop towards the rear, gorgeous looking two-piece tail lamps, and the stylish ‘SUVish’ rear skid plates all add up well to this flair. The bold roof rails are actually functional and can carry up to 50 kg of load! 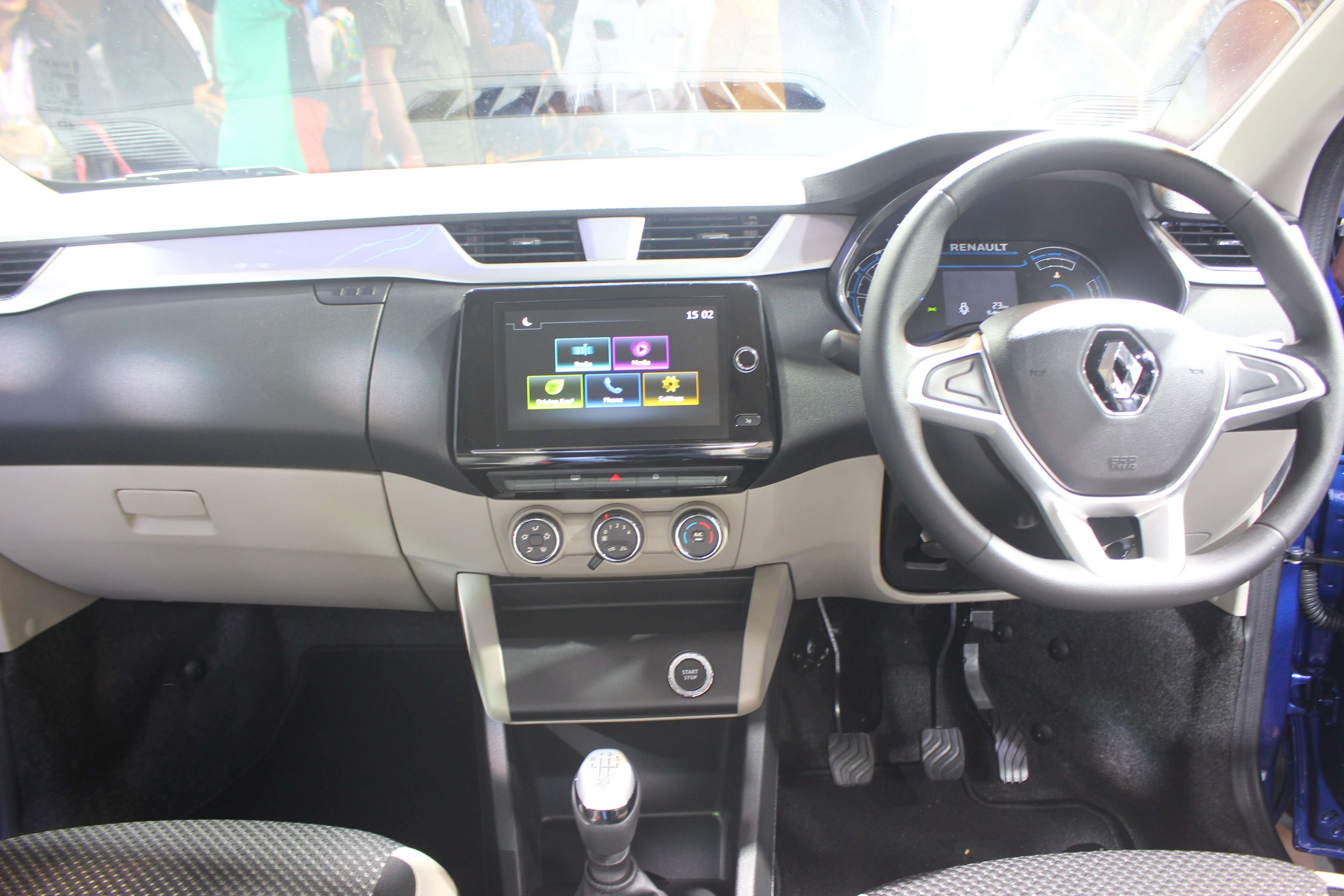 The Renault Triber interior has no different story to tell you either. There is an abundance of room and style inside and a decent array of equipment for the tech-savvy young Indian buyer. All the three rows get dedicated air-con vents and there is also on offer, a smart card access based start/stop system. 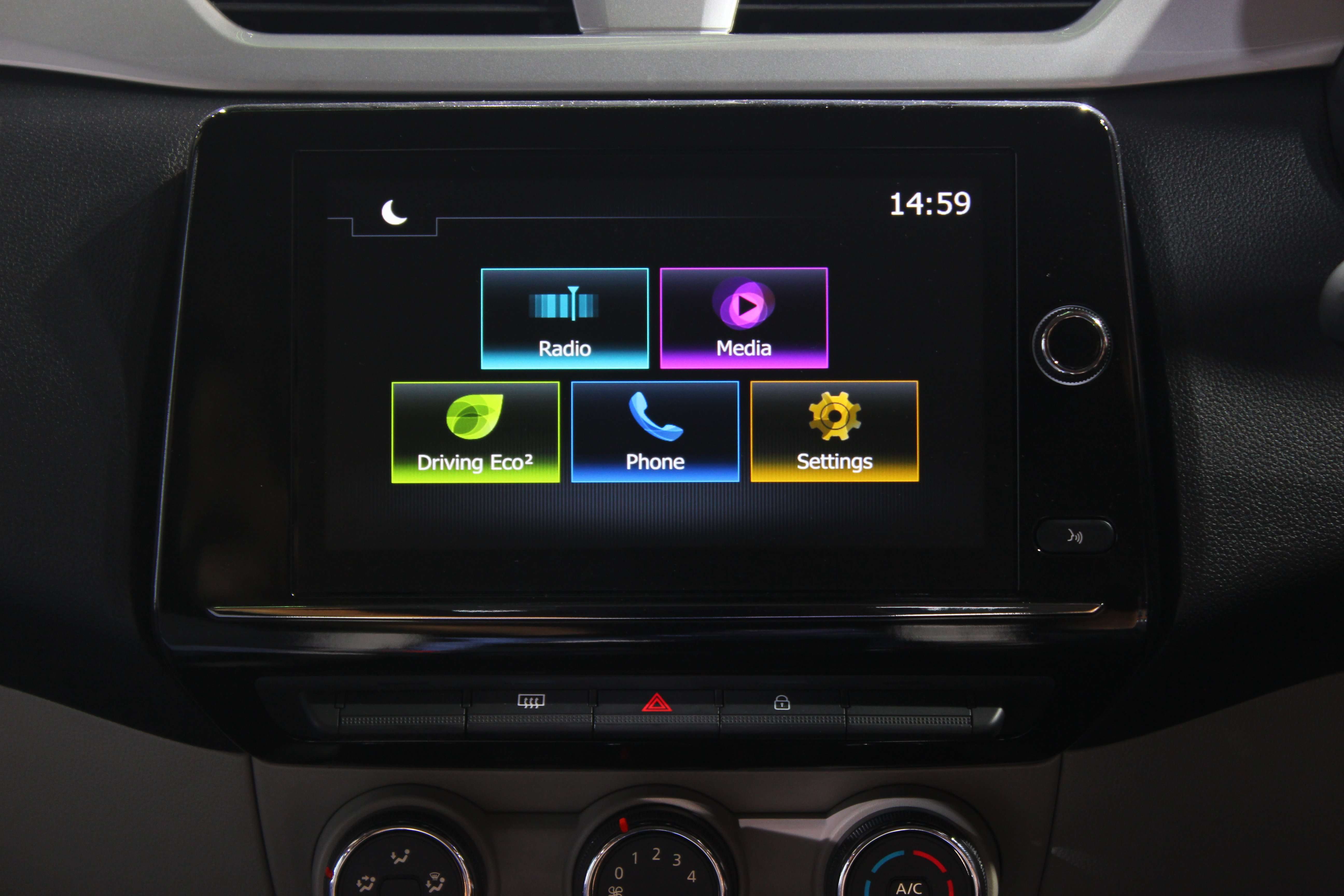 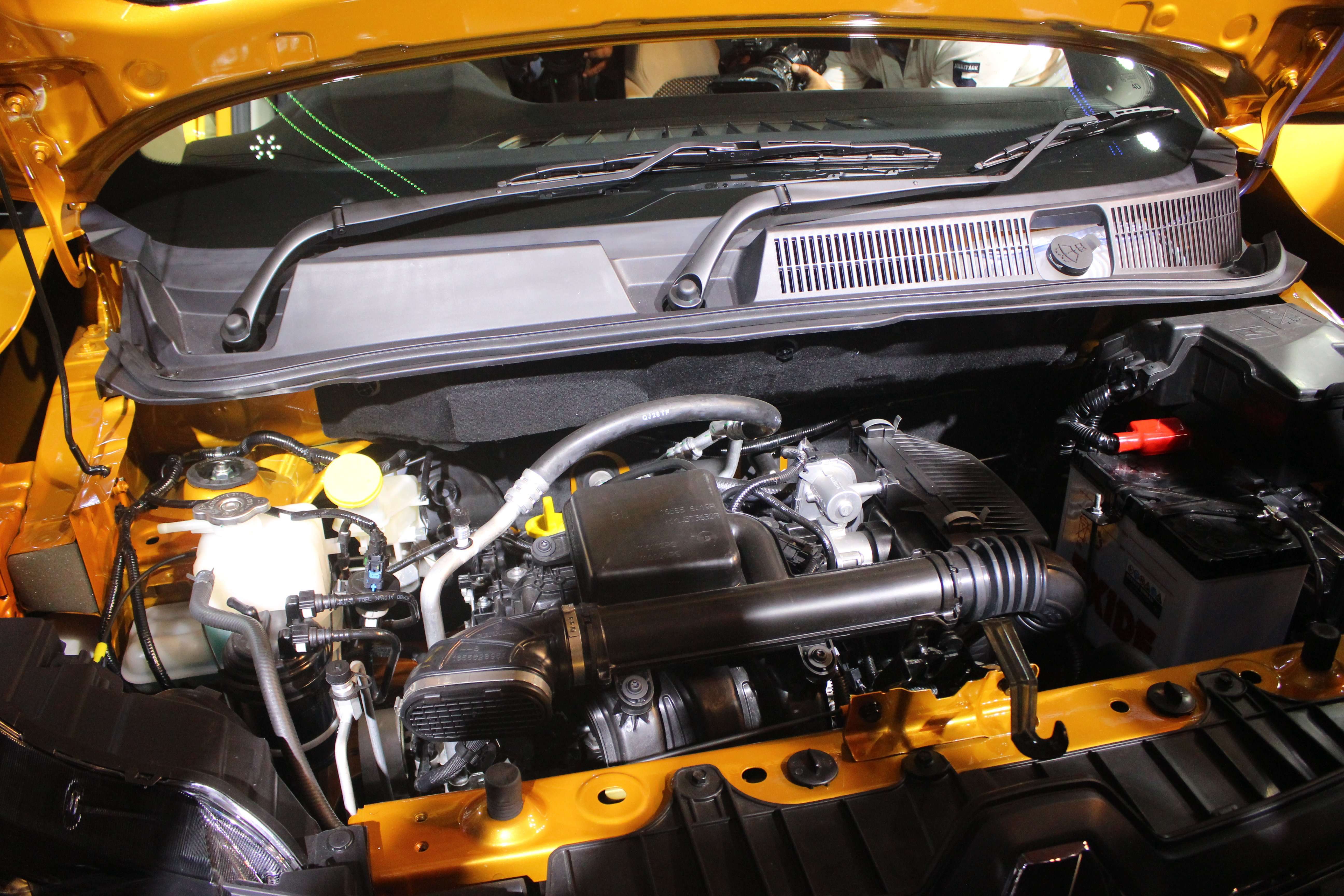 Coming to the Renault Triber specification, the MPV gets a thoroughly reworked version of the 1.0L mill from the Renault Kwid. This 3 cylinder, dual VVT, petrol is good enough to let out 72PS and 98 Nm and is the same powertrain that drives global B Segment cars like the Clio and Sandero. Mated to this responsive engine are a 5-speed manual and 5-speed EASY-R AMT automatic transmissions, for you to choose from. The Triber strikes the perfect balance between response and economy and returns an efficiency of 21.5 kmpl! There is however, no diesel heart on offer currently.

Safety sees no compromise in the Triber, as the vehicle gets 3 point seatbelts in all rows with the driver’s boasting pretensioner and 4 airbags. That’s a decent package to go for! 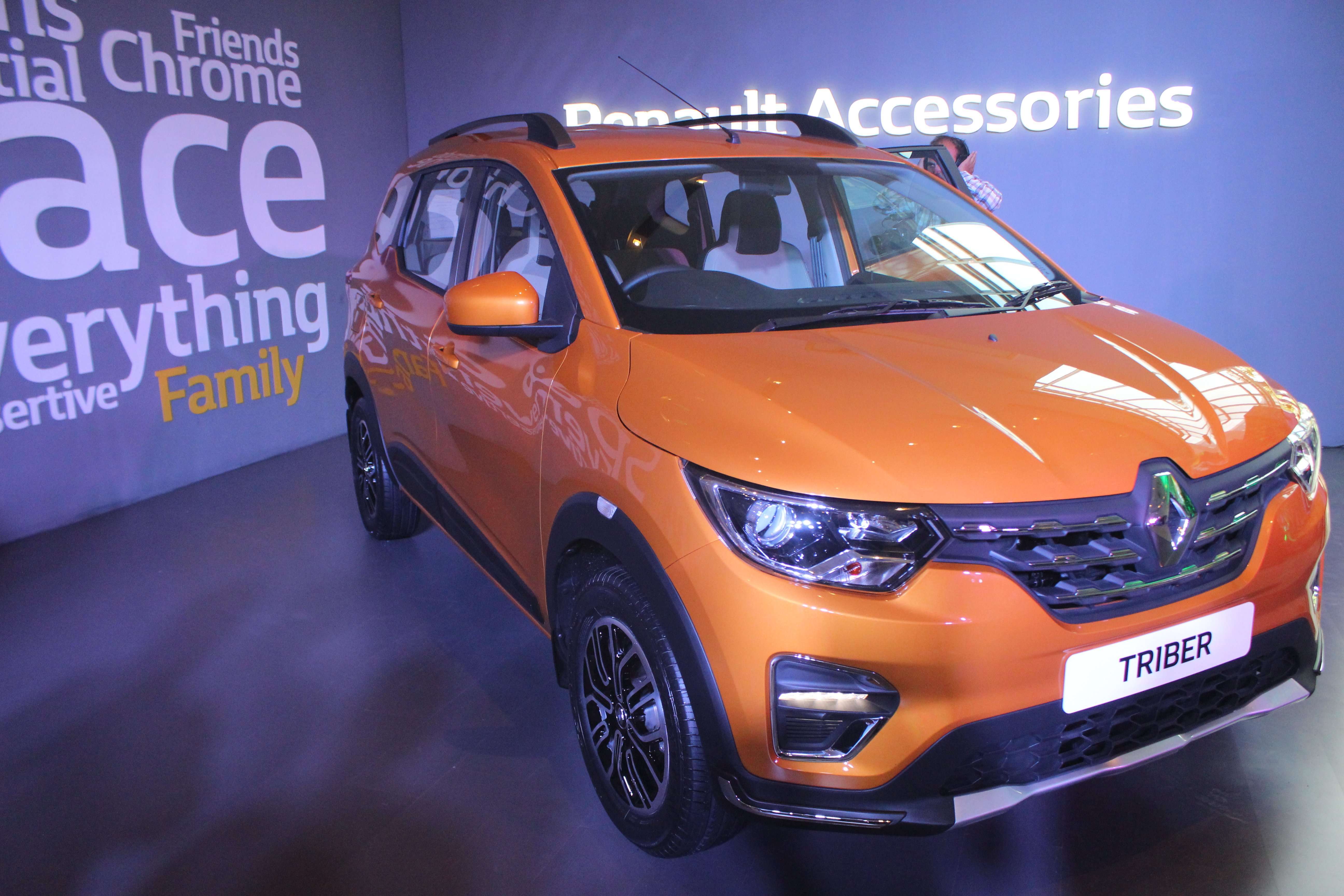 The official Renault Triber launch date in India has not yet been declared, but we expect it to arrive sometime in the second half of 2019 and though there has been no official clue yet as to what the price range would be, we do have our speculations meeting a final stall on the 5-8 lakhs range! The market would apparently have the Renault Triber 7 seater MPV placed below Renault Lodgy and Renault Duster, but above the familiar Renault Kwid.

All that remains before the Triber becomes the new brand builder for Renault is the company coming up with the right price tag and we know Renault is too wise a carmaker to miss that out!