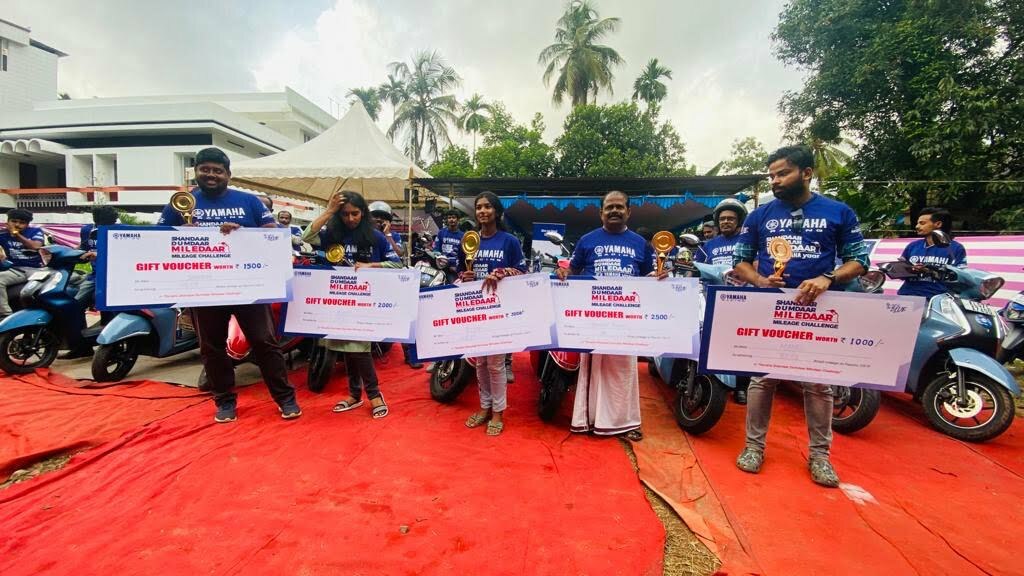 The new Yamaha Fascino 125 is quite loved for the mileage it delivers. The manufacturer has recently been hosting ‘Mileage Challenge Activities’ in different cities. The session held at Kochi returned super impressive results. Yamaha has three dealer partners in Kochi- Peringhat Motors, Sree Vigneswara Motors, and Indel. All three worked together to organize and execute the activity.

The mileage run had a simple-yet-sensible format. The vehicles were fueled to full, before they embarked on a 30 km ride through a course that’s as close to reality as possible. There were narrow patches, small roads, broken areas, city commute scenarios, ascents, descents, traffic signals, and around 10 kilometers of highway. The set course could thus return the most realistic efficiency figures.

Over 45 Fascino owners took part in the activity and the results were overwhelming. The first five spots had mileage figures one would have a hard time digesting. Ms Riya topped the list, clocking 106.89 kpl on her 4 months old Fascino 125. The vehicle had 2300+ km on its odo, and had done past the first service alone, at the time of the test. Mr. Johson came second, recording 106 kpl on his 7 month old Fascino. Ms Avani took the third spot with 104.27 kpl. The fourth and fifth highest mileages were recorded by Janeesh and Manu respectively- 101.29 and 97.53 kpl.

Yamaha’s new-age 125 cc scooter range consists of 3 interesting models: Fascino 125, Ray ZR 125 Fi, and Ray ZR 125 Street Rally hybrid. While all these do well in fuel effiencies, the Fascino delivers enough for a special jury mention or two! It excels in its rideability and fuel effiency. In a previous instance, we had done a mileage test with it and had achieved 82 kpl. Read more about it below.