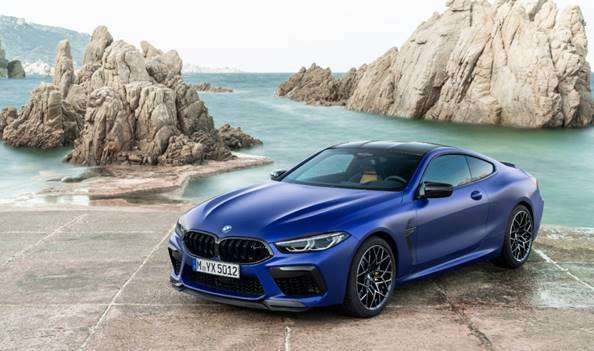 BMW India has launched two of its flagship models in the country. The BMW 8 Series Gran Coupe and BMW M8 coupe have both been launched at attractive price tags.

The 8 Series is BMW’s new flagship model that comes in a four-door coupe guise or the 8 Series Gran coupe as the carmaker calls it. It excels in luxury and performance alike and is inevitably the perfect sportscar for four wealthy! The room at the rear sees no compromise from the declining roofline, something that sets this car apart from the crowd. There is a sportier M Sport trim to the 8 Series Gran Coupe on sale as well, that obviously comes in at a price premium.

The BMW 8 series gran coupe has been designed with high focus on the aesthetic factor both on the outside and inside. It blends luxury and supreme quality with breathtaking performance. It also has a magnificent two-part panoramic glass roof extending seamlessly to the rear.

The BMW M8 coupe is a racecar for the roads! Topping the M range, it comes in as a driver-focussed machine flaunting immense amounts of luxury inside. The two-door coupe has a low set seating position for the driver and the co-driver. The specially designed M Sport seats are supremely comfortable with bold side bolsters and a flared shoulder area. The car even has a luggage bay that could accommodate as much as 420L of stuff inside. It also comes with a Harman Kardon surround sound system that can be upgraded to the optional Bowers & Wilkins Diamond Surround Sound system upon will.

How To Book Yours?

The BMW 8 Series Gran Coupe and the M8 coupe have both been launched online keeping the pandemic in mind. Both the cars can be better experienced and booked online through the BMW Contactless Experience portal.