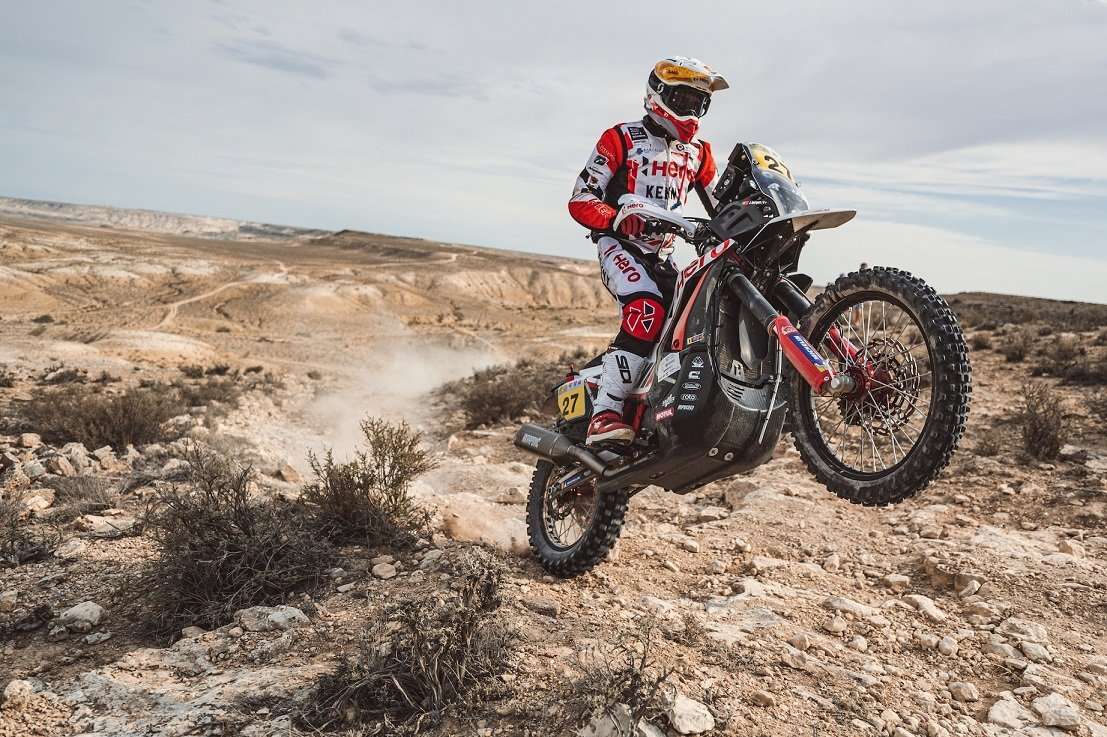 Hero Motosports completed the Rally Kazakhstan with all of its riders in the overall top 10. Hero’s team for Kazakhstan included Joaquim Rodrigues, Sebastian Buhler, and Franco Caimi. The trio’s recent victory at Andalucia, as a matter of fact, was even more colorful as all the three had finished in top 5.

The team exhibited strong performance throughout the rally. The last stage had highly challenging terrains which was originally 270km long. This however, was later cut short to 160 kilometers following some technical issues. Rodrigues excelled in the others and won the fifth stage. He had started in sixth place and exhibited strong performance, finally winning the last stage of the season and bagging an overall seventh. This was also his first stage win in the FIM Cross Country World Championship.

Kazakhstan was Franco Caimi’s second outing with Hero, which he finished on a reassuring note. Caimi faced a few issues with his Hero 450 Rally bike, and a few navigational errors as well, which pushed him off to an overall 8th.

Sebastian Buhler finished Stage 5 in eighth place and claimed an overall ninth. Buhler was involved in a small crash in the beginning of the marathon stage and also had to face issues with his rear tyre later. He, however, managed to keep the momentum throughout the rest of the stage, something which later put him in the overall 9th spot.

It was the Hero Motorsport’s first time at Kazakhstan rally and the overall performance by the team seems to be quite reassuring.