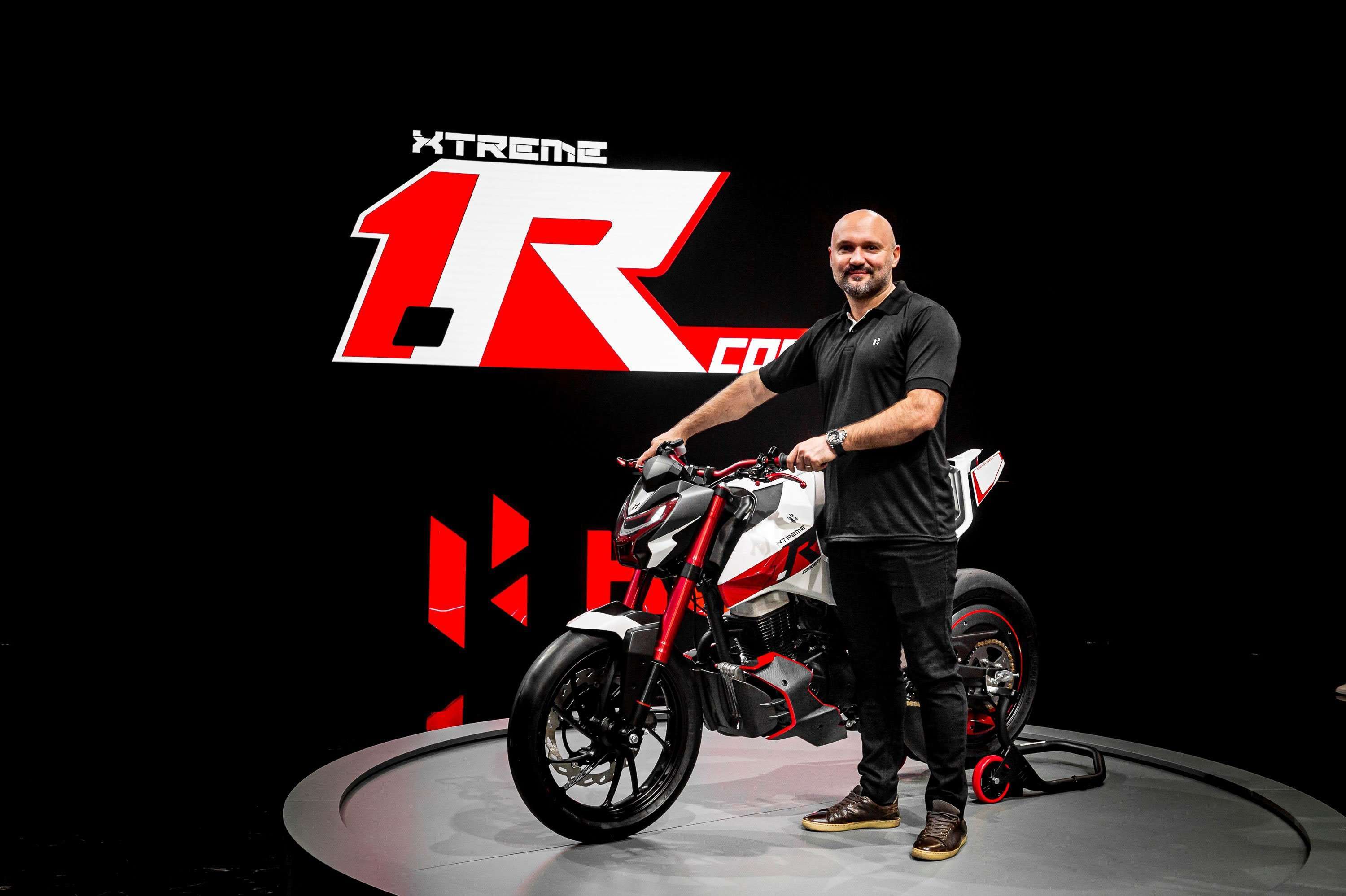 The Hero Xtreme 1.R Concept was showcased alongside the Rally kitted version of the Hero Xpulse 200 at EICMA 2019, and both managed to amass fair numbers of jaw-drops!

The year’s EICMA in Milan is busy giving a feast to motoring freaks with tonnes of breathtaking machines from various manufacturers being unveiled and launched therein, and Hero Motocorp is no hesitant to be a part of it either! The Hero Xtreme 1.R concept was unveiled here at EICMA 2019, only to witness huge rounds of jaw drops and applause follow!

Hero Xtreme 1R Concept: What is it?

The Hero Xtreme 1.R is a thoroughly radical concept bike that draws inspiration from the precision of an arrow in both design and dynamics. The concept has been so crafted as to offer a highly aggressive stance and breathtakingly agile handling. It is claimed that the Xtreme 1.R would be able to carve out corners with pinpoint precision, like a pro! Thus it would be able to hold up as much speed in corners as it does on the urban tarmac.

The Xtreme 1.R concept can also be seen as a sneak peek into the future of the Hero Xtreme brand. It is light, nimble, fast and agile. The Kerb weight tips to the south of the 140 kg mark, and the bike is thoroughly aerodynamic as well. These would help to make it fast and razor-sharp in corners. 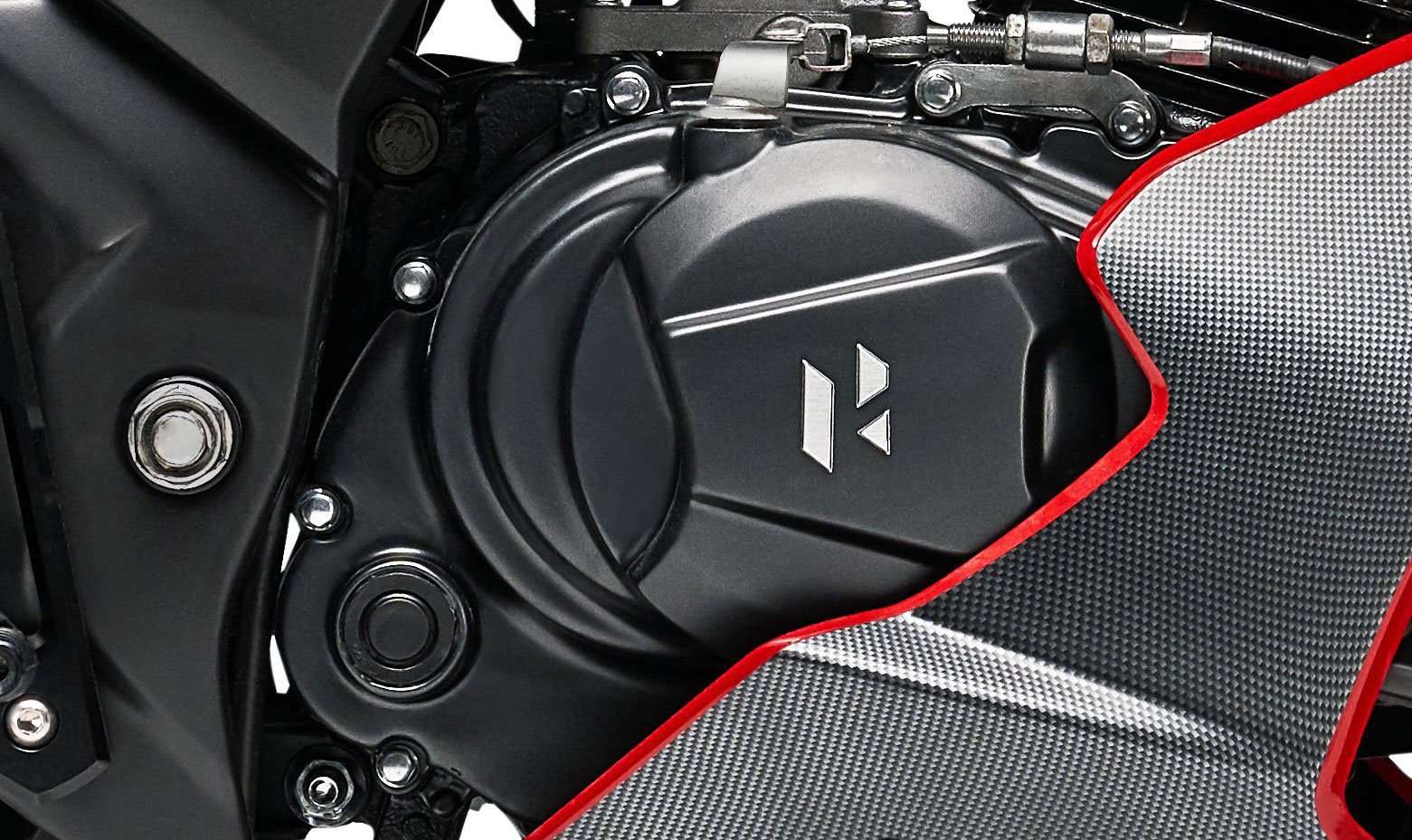 Designed for the Millenials, the Xtreme 1R concept gets modern-day bits like LED head and tail lamps beautifully integrated into its cutting edge design.

The sharpness of the overall design reminds one a fair bit of the Hero Hastur concept. The bike gets an attractive paint scheme consisting of fuel tank shrouds, headlamp, engine guard, front forks and the rear highlighted in red on an otherwise white painted body!

The concept gets upside-down front forks and disc brakes for all the wheels. The clip-on handlebar also boasts of red accents and there is an Arrow exhaust system as well. The seat is set low for better riding ergo and the fuel tank is shaped aggressively. In short, the overall ergonomics would be much sporty and aggressive. 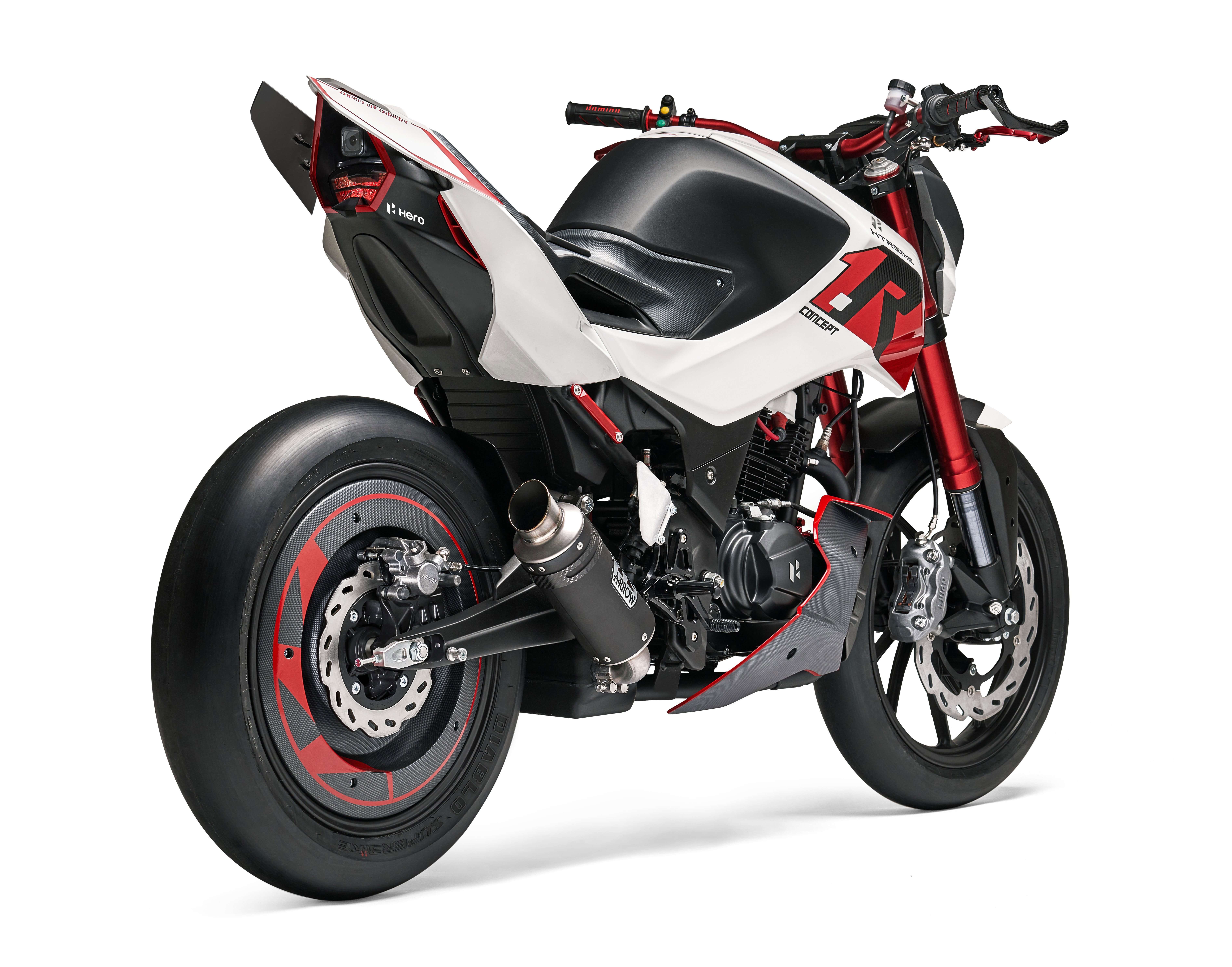 Clues On The Heart?

Well, this is where we were quite a bit surprised! The Xtreme 1R concept bike has a 160 cc engine! Of course the bike seems aesthetically over-beefed for a 160 cc streetfighter, but it still has its charms intact ! “The concept might spawn a similar sub 200cc naked offering in the future”- anticipate industry experts.

This is where just uncertainty triumphs! Hero Motocorp is already infamous for turning up with epic-looking concepts that never make their way to the production lines! Let us not hope the same to happen to the 1R concept too. If the bikemaker is to take this into production, we hope it to spawn a naked bike that fits the 160cc segment. 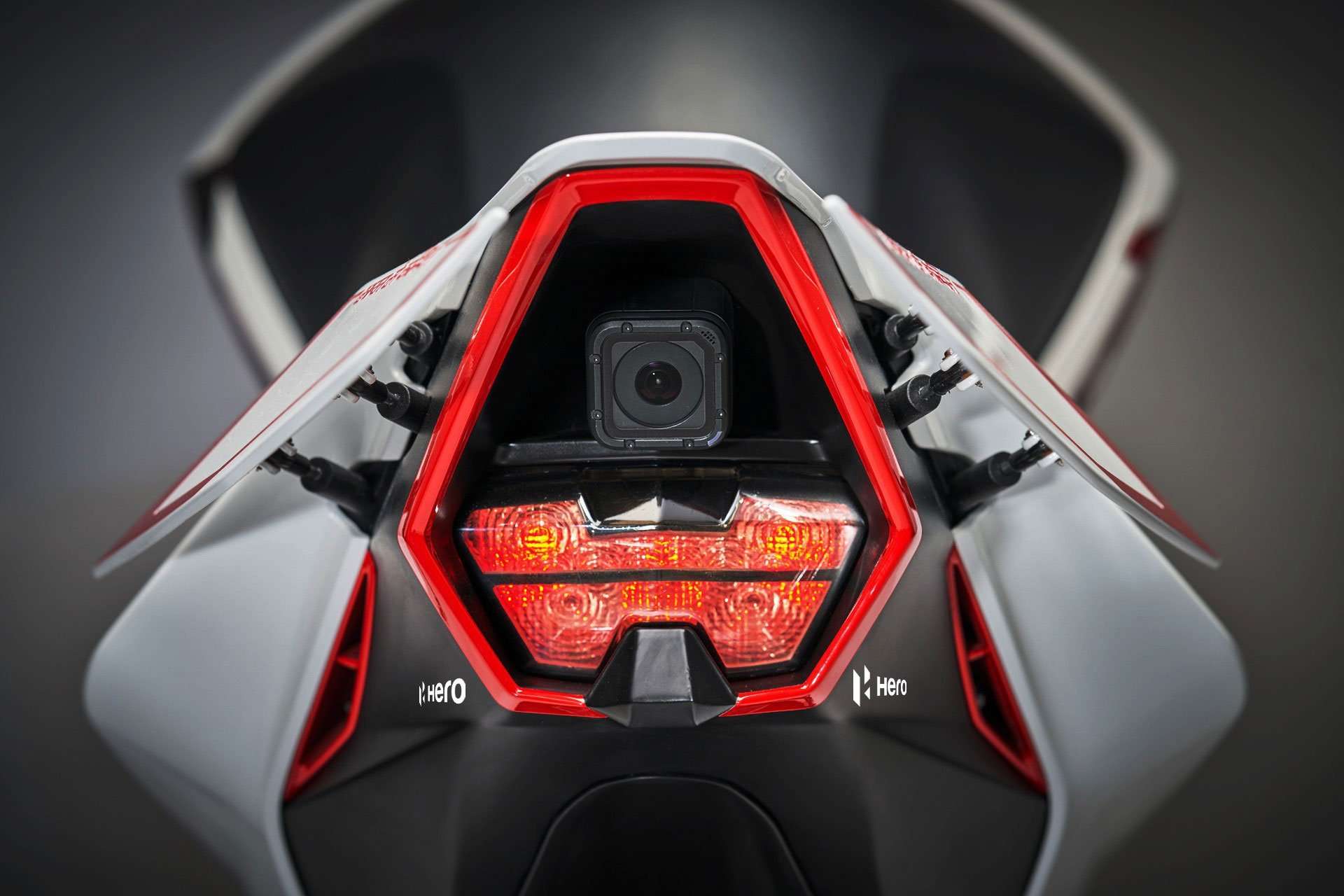 The current market scenario shows key players like TVS, Bajaj, and Honda battling relentlessly in the 160cc class. Bajaj Pulsar NS 160, TVS Apache TRT 160 4V, Honda CB Hornet 160R are all that the segment currently has. Thus there is indeed a scope for a naked streetfighter from Hero here. If the Delhi based bike manufacturer plays its cards right, it could come up with a cheaper-yet-better rival to all these and literally OWN the segment, like what had done with the Hero Xpulse 200 and Xpulse 200T recently.

However, we expect the production guise of the 1R concept to be toned down a fair bit from what we have seen at EICMA Motorcycle Show 2019.

The Xtreme 1.R was not the only Hero branded model at the show. They also displayed a Dakar inspired rally kitted version of the popular Hero Xpulse 200. Both the bikes managed to draw much attention and acclaim. What do you think about these? Let us know through the comments…