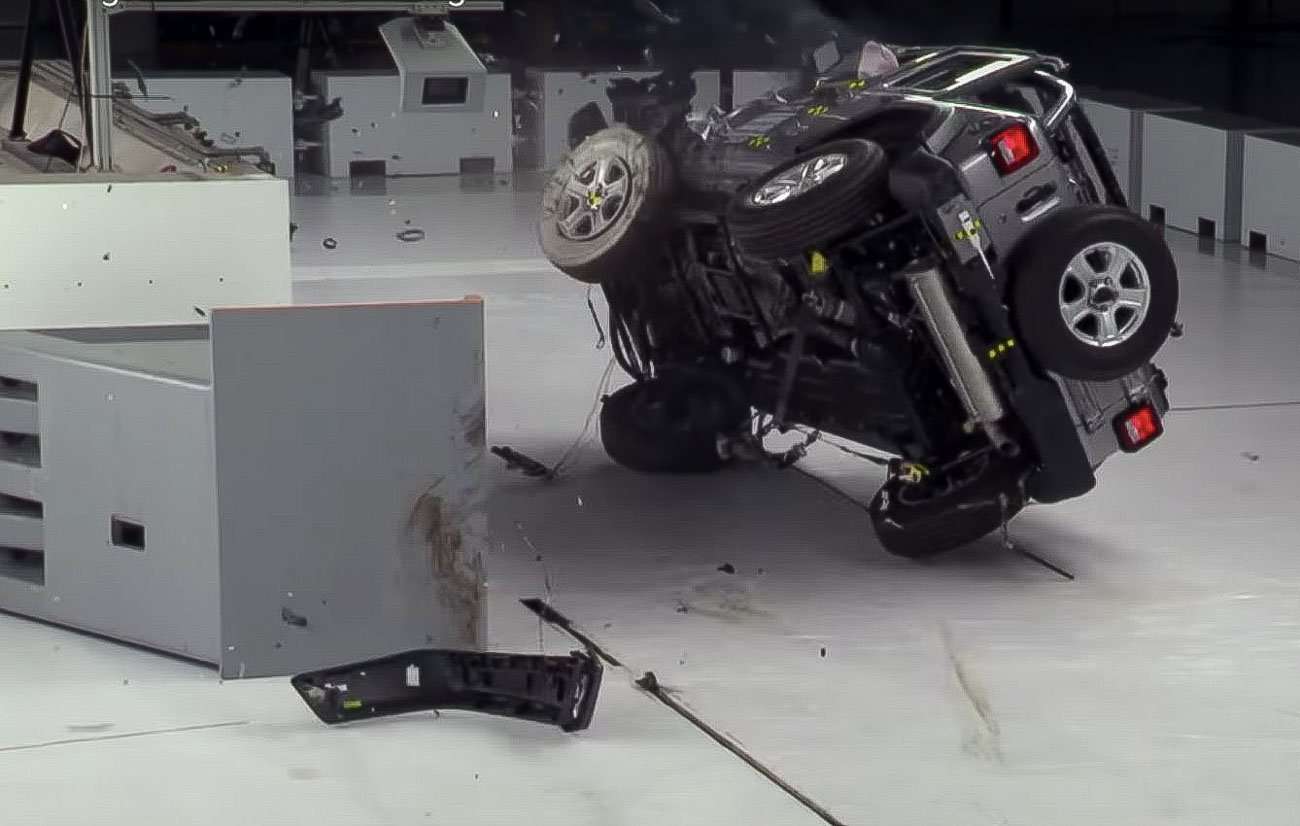 The Jeep Wrangler JL has messed it all up in the driver-side small overlap crash test!

Take a look at this video from the IIHS and you will never think about buying a Jeep Wrangler again! The IIHS (Insurance Institute for Highway Safety) is a US body that conducts crash tests on vehicles there for safety concerns and certifications. They had recently conducted the tests on the all-new Jeep Wrangler JL, in which the SUV emerged with significantly low driver side crash ratings.

The SUV was tested thrice in total, once by FCA and twice by the IIHS. The Wrangler tipped over to the passenger side in both the tests conducted by IIHS. The incident happened in the driver-side small overlap front crash test by the body, where the collision had made the Jeep tip over to the passenger side. However, the test results from FCA did not show any such toppling of the vehicle as per the reports.

IIHS had been doing their audit tests for maintaining the integrity of the evaluation standards and the subsequent results when it tested the Wrangler. FCA queried if it was the method of attaching the crash propulsion system to the car that had made the misfortune in the first go. Following the same, IIHS conducted a second test with an FCA-approved method, in which too the vehicle tipped over to the side. Since the Wrangler comes with a retractable roof, even slight sideways tipping can prove to be dangerous to the occupants. Thus, the results here have been of deep concern.

The results have essentially reflected in the ‘driver-side small overlap front crash’ safety ratings of the Wrangler. The previous model had done well in these tests while the current generation has scored significantly low ratings. However, the ratings have been good for the head restraint, moderate overlap front, side and roof testings.

ALSO READ: Here Is Everything You Need To Know About The 2020 Range Rover Evoque!