Royal Enfield has been known readying a bunch of exciting motorcycles for quite a while now. Though details on the same are scarce at the moment, we now have the bikemaker file the trademark application for a new nameplate.


The brand filed a trademark application in India for the nametag ‘Royal Enfield Hunter’. But, we don’t have any clue as to what kind of a motorcycle this is going to be. However, judging by the name, we are expecting it to be an off-road-friendly motorcycle, like the outgoing Royal Enfield Himalayan.

No detail of the engine or its displacement has yet surfaced. IndianAutosBlog predicts it to be a budget-friendly motorcycle, which when launched, would bear a thoroughly competitive price tag. They also assume that the Hunter is going to fit into the quarter-litre segment than into the ones above it.

Besides, we also know that Royal Enfield would soon bring in light and budget-friendly motorcycles targetted at women and young riders. Media reports say that these would most likely be sold under the Explorer branding. Thus the Royal Enfield Hunter badging should not be confused with these either. 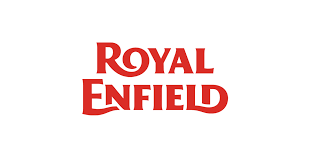 Royal Enfield currently has a decently wide product portfolio in India. Royal Enfield Classic 350, Royal Enfield Thunderbird 350 and 500, Continental GT 650, RE Himalayan, Trials, Royal Enfield Interceptor 650 etc are some of the most acclaimed Royal Enfield bikes in India. The addition of new motorcycles would help the bikemaker gain more sales momentum across India.