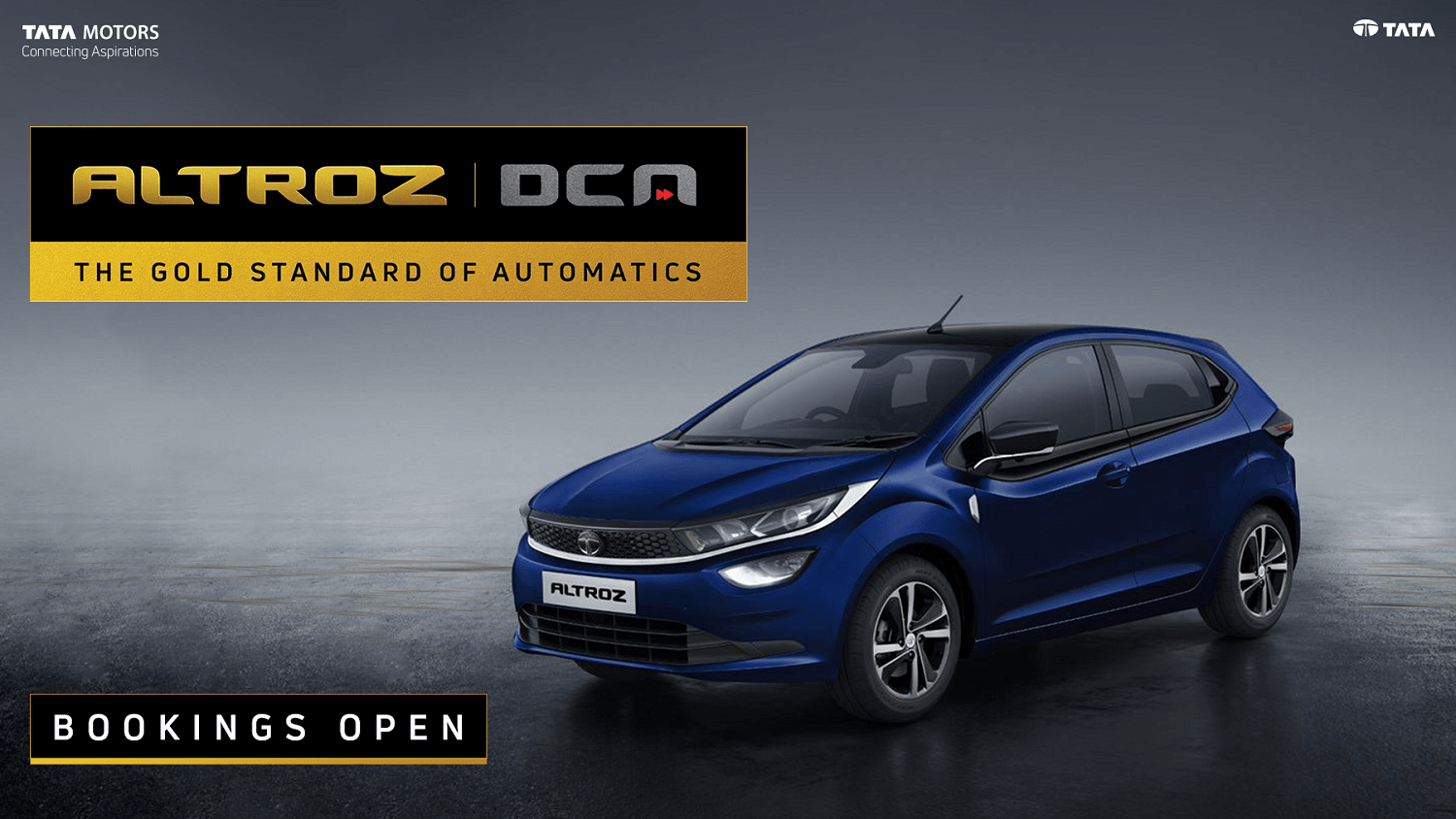 Putting an end to months of anticipation, Tata Motors has announced the Tata Altroz automatic with an advanced dual-clutch automatic transmission. With the prices scheduled to be out in mid-March 2022 ( when the deliveries too are known to commence), Tata has started accepting bookings for the Altroz DCA. The automatic Altroz can be booked through Tata dealerships and via the carmaker’s official website, against a payment of Rs 21,000.

Tata Altroz DCA: What Is It?

To begin with, DCA stands for ‘Dual Clutch Automatic’, hinting at a DCT gearbox, the whole point of the car. The DCA is available just on the naturally aspirated petrol version, and not on the 1.2 Turbocharged petrol (iTurbo- Read our review) or the 1.5L diesel, for the time being. In keeping with the previous anticipations, this transmission is a wet-clutch unit. The drivetrain is known to produce the same 86 hp as the outgoing car.

Owing to the transmission swap, the new car would be around 20 kilograms heavier than its manual counterpart. Save for these, no further detail of this drivetrain has surfaced yet. But we do know that the DCT box will be available on the XT, XZ, and XZ+ variants of the hatchback. The feature and equipment lists would remain the same as those of the corresponding manual variants.

A new Opera Blue colorway has also been announced alongside the DCA. Interestingly, rivals like the Maruti Baleno and the now-discontinued VW Polo have (had) similar colorways too. In addition to this, the Altroz DCA will be available in Red, Grey, White, and in a second shade of Blue. Yes, the gearbox will also make its way to the Altroz Dark edition as well.

ALSO READ: Hyundai i20 N Line Review: The Hyundai That Doesn’t Handle Like One!

Why Does The Altroz iTurbo Not Get The DCA?

Previous rumors had suggested this DCT transmission to debut on the iTurbo (in fact many had suspected it to roll out alongside the turbo petrol). But as it turns out, the beefier turbocharged engine might not be getting the beefy gearbox! Why?

A DCT mated to a turbo-petrol would any day be a hooking package. We have had a few such examples in our market in the past. Tata had previously tested this transmission on the iTurbo engine, confirmed by a series of spy shots. However, this engine-transmission combo would evidently be expensive and might be ‘a bit too expensive’ for the Indian market, as the people at Tata Motors anticipate. The Altroz iTurbo automatic would then have to be priced higher than its strongest rival- Hyundai i20 DCT, which would not be the wisest thing to do. This is what has led to the carmaker limiting this transmission to the NA engine alone, reports Autocar India.

Upon launch, the Tata Altroz DCA will face competition from the likes of the new Maruti Baleno, Hyundai i20 1.0 DCT, VW Polo 1.0 TSI automatic, and Honda Jazz CVT. On a strict note, it is just the i20 that offers a proper dual-clutch transmission. The Polo comes with a torque converter unit, Jazz a CVT, and the Baleno which used to come with a CVT in the past, now offers a cheaper AMT.