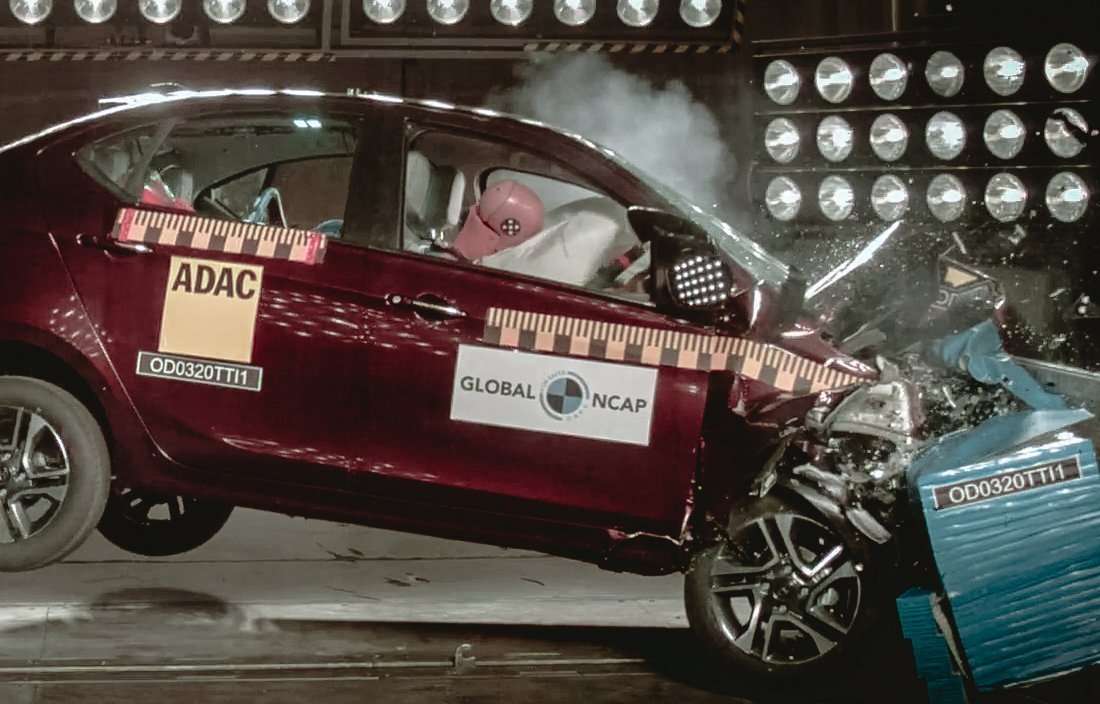 Tata Motors seems to have taken the occupant safety on their cars quite seriously. It was not so long ago that the Tata Nexon had become the first Indian car to be awarded 5 star Global NCAP safety ratings. Later on, the all-new Tata Altroz too received 5-star safety ratings. Now, even the 2020 Tata Tiago and the all-new Tata Tigor have been awarded 4-star safety rating by Global NCAP! These have thus become the safest entry-level hatchback and sedan available in the country.

Both the Tata Tigor/Tiago scored four stars for adult occupant safety and three stars for child occupant protection. The Tata Tigor was the model chosen for the test as both the cars are essentially the same but with the difference of some additional boot space. The Tigor/Tiago has dual frontal airbags as standard.

Tata Motors launched the 2020 Tata Tiago and the new Tata Tigor in the same grand event that had seen the official launch of the new Tata Altroz.

The Structure and footwell areas were rated as unstable though. There were adequate neck and head protection for the occupants. The chest protection, however, was okay for the co-driver and marginal for the driver. Femur and knee protections turned out to be marginal.

As far as the child safety is concerned, there are no three-point seatbelts in all seating positions for the Tago/Tigor and also missing are ISOFIX mounts. Thus the overall rating droops to three stars here.

David Ward, CEO and President of Global NCAP said:“Another solid result from Tata with the Tigor and Tiago. It’s clear that doing well in Global NCAP’s assessments has become an essential requirement for Indian automakers who are now leading the way in our crashworthiness league table.”

-As announced by Global NCAP–