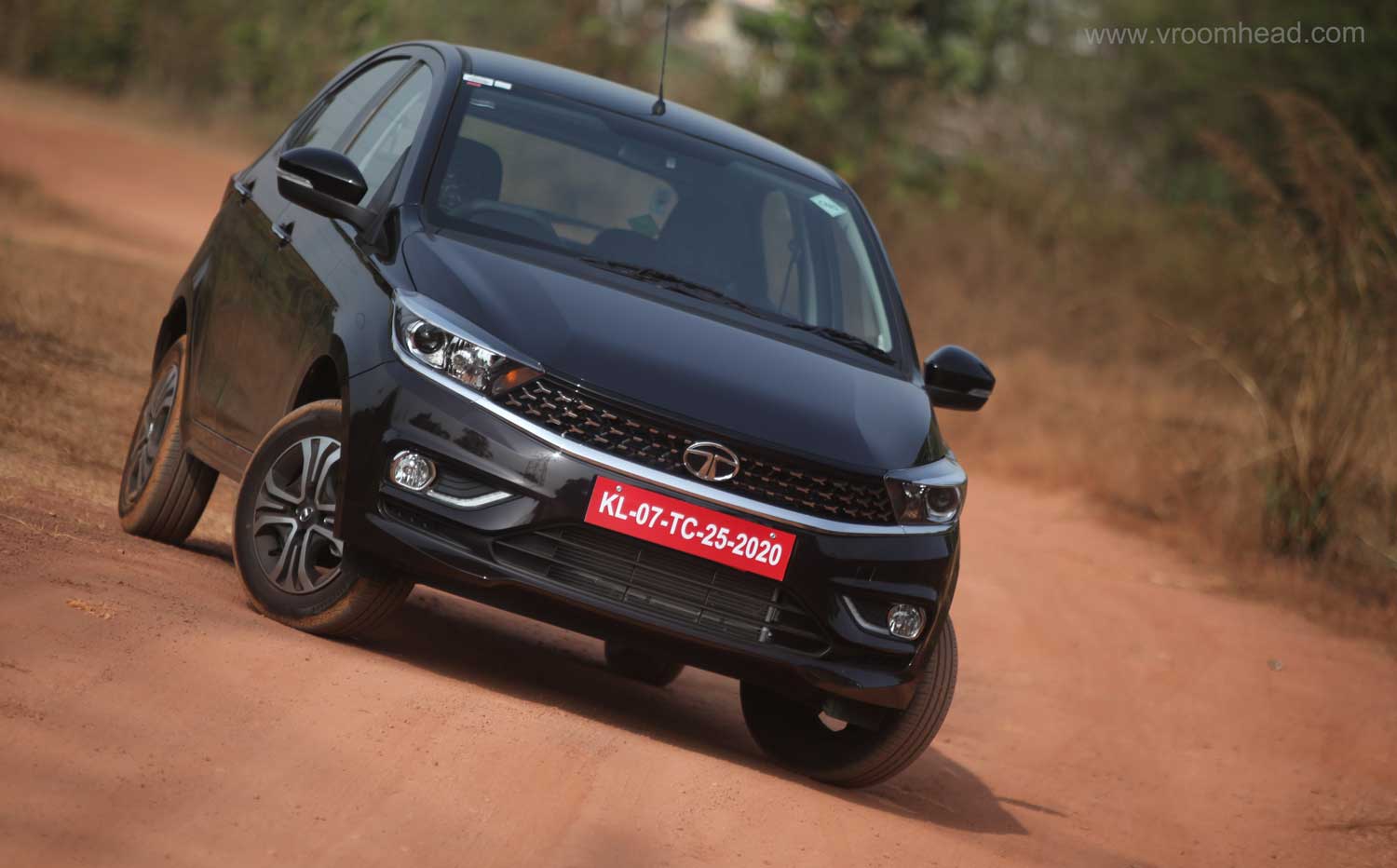 Our first drive impressions of the new Tata Tiago CNG…

Tata Motors had recently launched the CNG-powered versions of the Tiago and Tigor, thereby becoming India’s third manufacturer to roll out factory-fitted CNG kits. Tata has named the CNG kitted models ‘i-CNG’, a fetish for ‘i’ that we had previously seen on the Altroz iTurbo as well. ‘i’ sounds smart huh? Well…

Tiago i-CNG is available in four different variants: XE, XM, XT, and XZ+, and we get behind the wheel of the XZ+ to find out what’s changed on the CNG Tiago and what’s not.

Well, there are no major design deviations from the 2021 Tiago. The overall dimensions remain the same as those of the regular Tiago-3765 mm*1677 mm*1535 mm. There are a total of five colors on offer. Also, other design details remain the same as well. All the familiar details like projector headlamps, signature front grille design with Chrome tri-arrow design, LED DRLs, Chrome garnishes etc have been retained, while a new ‘iCNG’ badge now sits on the tailgate and the car runs on a new set of 14-inch alloy wheels. You also get to choose for a dual tone Black roof.

Tiago CNG, despite having a hundred odd additional kilos over the regular car, does not lose out on ground clearance and stands 168 mm off the ground. If you might remember, the regular Tiago’s ground clearance is 170 mm. The boot capacity, however, takes a major hit with the CNG kit in. While the regular car has arond 242 liters of boot space, all that the i-CNG has is around 80 liters, due to the large 60L CNG tank sitting inside. The sparewheel sits under the tank, offering ‘limited access’ to it. Though Tata states the wheel can be taken out without much hassle, this is definitely not the easiest of jobs!

The touchscreen is now faster and offers improved touch responses. It also supports voice commands, Apple Carplay and Android Auto. The physical controls however, have been removed, and there are no buttons except for the ones on the steering wheel for operating the audio, something that had debuted on the 2021 facelift.

A new bit inside the cabin would however, be the CNG switch, which would allow you to toggle between the fuels. Pressing this once will instantly get the CNG powetrain running, and a second click would switch back to petrol.

And here is where the Tiago iCNG differs drastically from its popular counterpart. It gets the same 1.2 L Revotron petrol engine as its heart, that can now run on both petrol and CNG. It now produces 73 hp and 95 Nm, instead of the petrol-only model’s 85 hp and 113 Nm. This is of course a slight drop in on-paper figures, but will not disappoint as a package, in the overall drive experience. Another big change is that the CNG Tiago gets just the 5 speed manual gearbox and no AMT!

The engine now uses a single, advanced ECU for both petrol and CNG. This would mean that you can switch between fuels with ease and automatically in case of either of them running out. The suspension has been reworked extensively on the CNG car.

Tata has addressed all major CNG concerns with the Tiago iCNG. Extensive efforts have been made to ensure safety and convenience at all times.

As it goes, the Tiago CNG is the most powerful in its segment. Almost all of its competition have significantly lower power figures. This upper hand reflects in the overall drive of the CNG Tiago. The car offers comparable performances on both the fuels. The CNG drive is almost as energetic and comfortable as the petrol. This is of course no sporty car, or anything that would excite you, but is definitely decent.

The engine does not disappoint on the refinement front either. It definitely has the familiar 3 cylinder issues we’ve already known on the regular Tiago, but hasn’t gotten worse with the CNG integration.

When on CNG, it would be rare that you end up wishing for more grunt. It is not sluggish like the familiar stereotype. The car wouldn’t fall back in scaling gradiants on CNG, either. The gearbox is supportive and the ratios are so set to facilitate hassle-free driving in cities and on highways alike. It does not demand you to frequently work on it. There is a grunt available to move around at almost any point of time.

The overall ride quality is decent and the handling sorted decently. The changes in suspension have made it comfortable and mature to drive. There is a decent list of safety equipment on offer on the car. Tata Motors is claiming efficiencies of up to 26.49 km/kg for the Tiago CNG.

The Tiago CNG is priced from Rs 6.09 lakh, marking a premium of up to 90,000 over the regular car. Well, definitely not a great conern going by the market standards and the package as such. Long story short, this is a CNG that doesn’t disappoint !