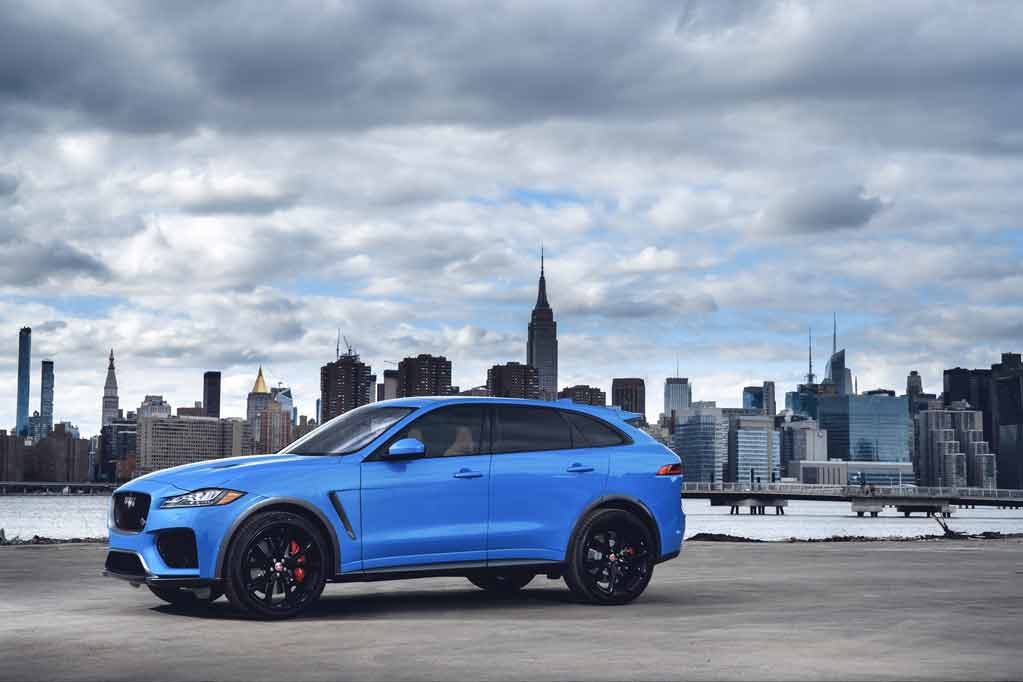 The new year might just get good like never before with Jaguar bringing in the mighty Jaguar F-Pace SVR ! There has been no official word yet but we find the car listed on the official website !

Yes, you read that right. Jaguar might launch their quintessential SUV, the Jaguar F-Pace SVR in India sometime soon. There has been no official word on the same from the British marque yet, but we find the F-Pace SVR listed on the Jaguar India official website. Reports from trustworthy sources also hint at certain Jaguar showrooms opening bookings for the same as well.

While we are yet to get a more lucid picture of things, let me just say that Jaguar certainly has something cooking. If it were not for the SVR being listed on Jaguar India website, I would have given these for mere rumours. But no, there definitely is something coming up!

Just for those few who are still unsure of what the Jaguar F-Pace SVR actually is, well, it is a 5.0 L supercharged V8 powered monstrous performance SUV, developed by Jaguar under its Special Vehicle Operations (SVO) wing. What you are looking at here, is a brutal machine that spits out as much as 542 horses and 680 Newton metres and one that can do the 0-100 run in a mere 4.3-second time span. Yes, it is that BRUTAL! It also comes with a Variable Valve Active Exhaust system which flaunts a quad pipe layout.

The Jaguar F Pace SVR bears no much morphological differences from the normal F Pace SUV, except for those giant 21 or 22-inch wheels and the minor design tweaks scattered along its brawn.

The regular F Pace is Jaguar’s first SUV offering and had first surfaced at the 2015 Frankfurt Motor Show. The vehicle currently goes on sale in India with a 2.0L 4 cylinder engine in two different states of tune, letting out 178hp and 248 hp respectively. The price of the CBU unit starts at 68.40 lakhs and goes up to 1.12 crores (ex. showroom).

Well, there remains no clue as to how big this Jaguar SUV price in India would be. All we can tell you for now is that all good things come at a cost! Post its Indian entry, the Jaguar F-Pace SVR will take on the likes of Mercedes Benz G63 AMG, Porsche Cayenne Turbo, Range Rover Sport SVR, and even the Lamborghini Urus.

Jaguar seems to be busy with bringing in their international offerings to India. We have the all-new Jaguar XE Facelift launch scheduled for the next week. Thus we should not be wrong in expecting the SVR to be out by the new year. Fingers crossed…