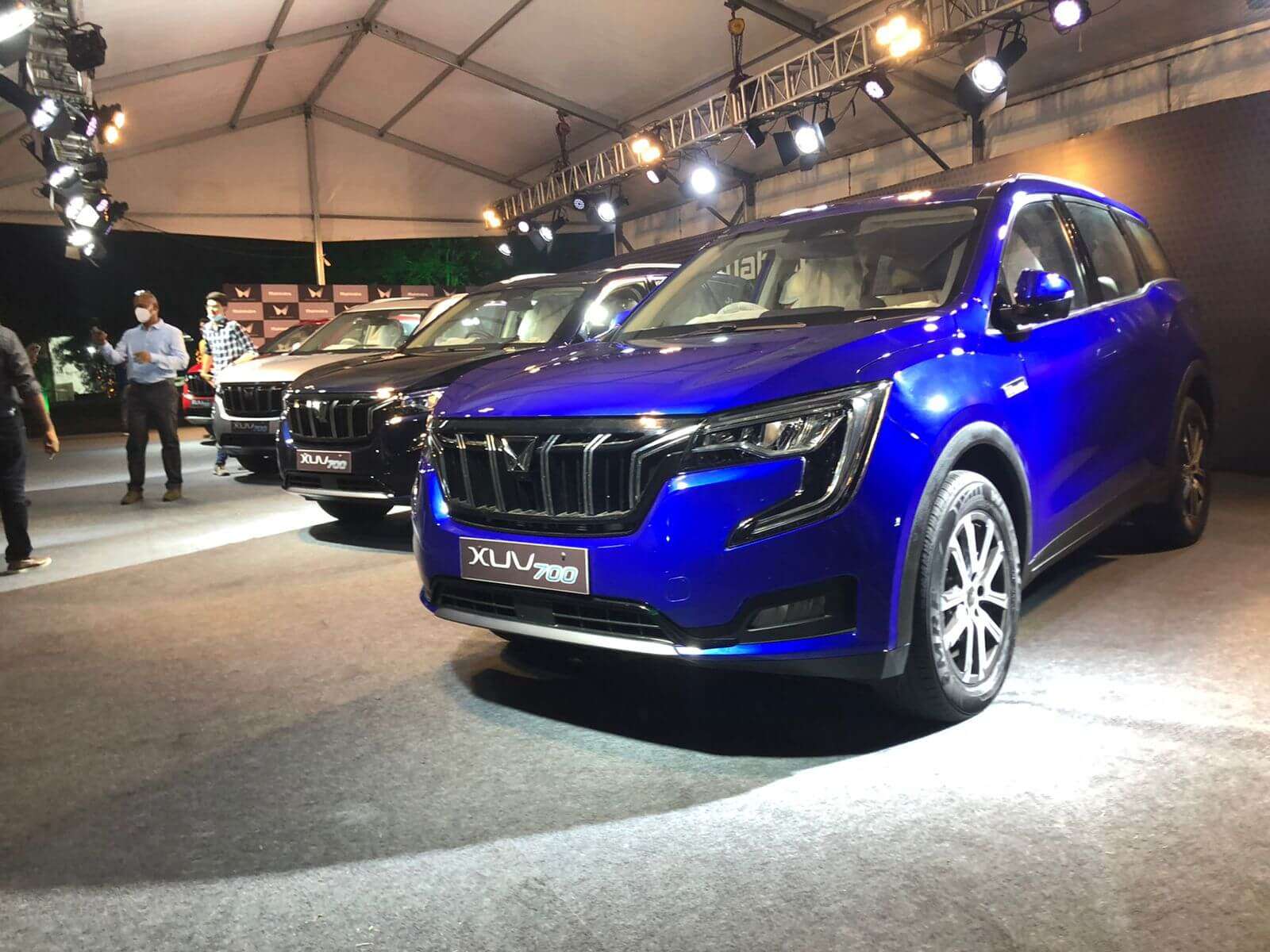 Mahindra XUV700 is available in two series- MX and AX

Mahindra and Mahindra has revealed the prices of its all-new ‘global SUV’- XUV700. The highly anticipated 7 seater SUV has had its global premiere today and comes as a replacement for the outgoing XUV 500. Available in two distinct series (or trim lines), the SUV is priced from Rs 11.99 lakh (ex-showroom, for MX). The more premium AX line starts at Rs 13.99 lakh (ex-showroom for base-spec AX3), while the mid-spec AX5 would cost Rs 14.99 lakh. Both the trims would be available with petrol and diesel engines and offer transmission choices of 6-speed manual and 6 AT. However, Mahindra has revealed the prices of just a few variants for now- base-spec petrol and diesel MX, and petrol-powered AX3 and AX5. From what we know, the AX7 will be the range-topper and would have its prices and details revealed on a later date.

The cabin comes loaded with features. Mahindra has packed a number of segment-firsts into the XUV700. The majors are Sony’s 3D surround sound system, dual 10.25-inch screen layout, ADRENOX interface with Amazon Alexa integration, wireless Android Auto and Apple Carplay, a panoramic sunroof (largest in the segment), auto booster headlamps, wireless charger. and an electronic park brake. The SUV also has a host of advanced safety technologies including driver drowsiness detection and ADAS.

Mahindra XUV700 is built on an all-new platform and is offered with two engine and transmission options. The 2.0L T GDi turbocharged petrol engine delivers 200 hp and 380Nm, while the proven 2.2L mHawk diesel is tuned to churn out up to 185hp and 450 Nm! A 6-speed manual and 6-speed torque converter automatic boxes are available. The vehicle gets notable improvements to its suspension as per Mahindra and there are 3 selectable drive modes- Zip, Zap, Zoom (Plus, a custom mode too!) The XUV 700 will come with AWD, higher in the lineup.

Going by the prices, the XUV700 will have its competition from the other three-row SUVs like Tata Safari, MG Hector Plus, and Hyundai Alcazar. With the Alturas no longer in business, this vehicle will also have the privilege of being the carmaker’s flagship (and would obviously need to meet the few extra expectations that come along!)