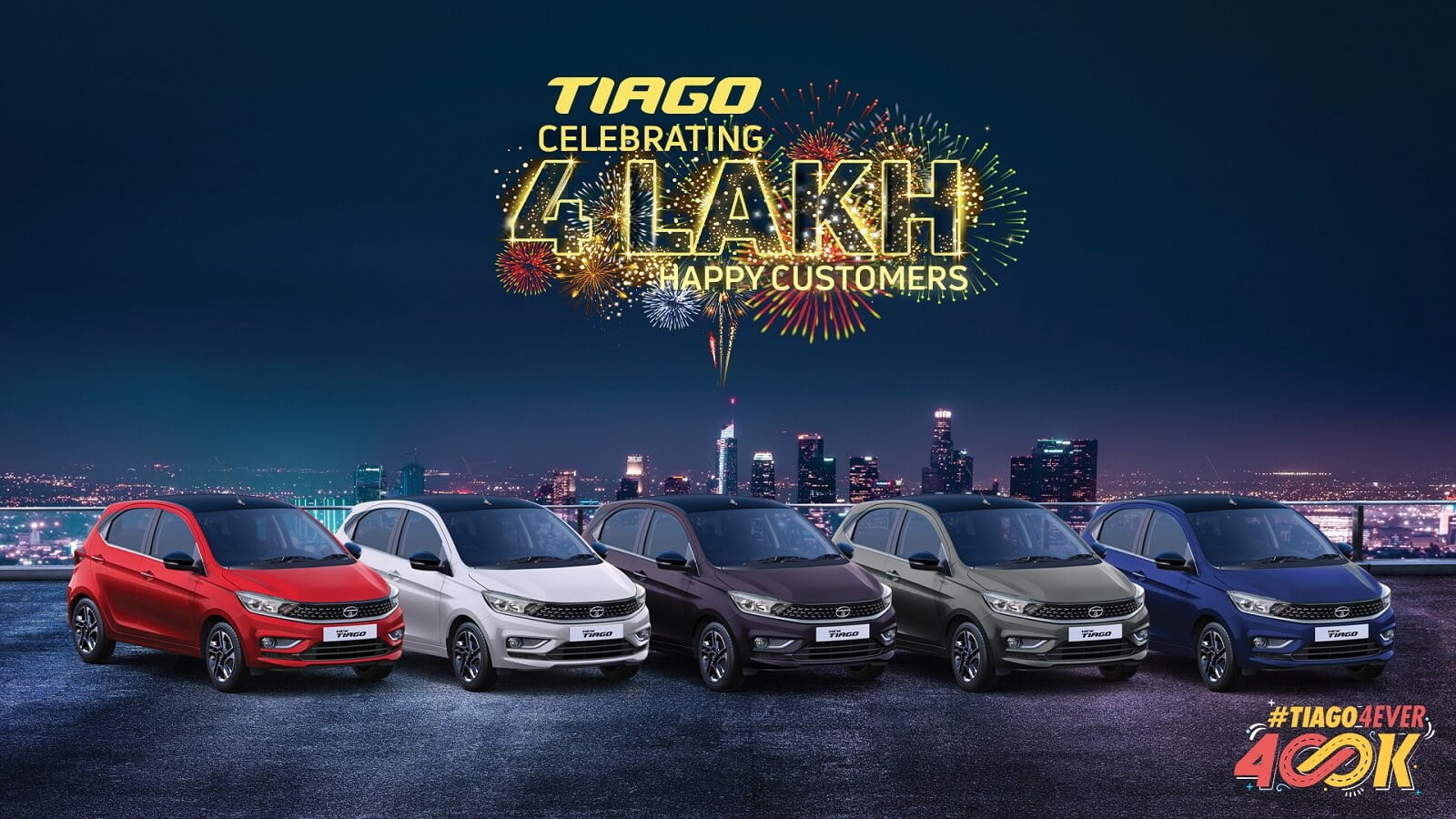 Tata Motors marked the roll-out of the 4,00,000th Tiago from its manufacturing facility at Sanand in Gujarat. To commemorate the massive success of the hatchback, Tata had earlier launched the campaign #Tiago4ever.

Tiago, designed under the Impact design philosophy, was originally launched in 2016. It has bagged over 30 prestigious awards so far and is now available with a BS6 engine. The new Forever Range has the hatchback in two distinct avatars – Tiago and Tiago NRG. Tiago currently offers 14 variants to choose from.

Tata Motors argues Tiago commands a market share of 19% in its segment. The model is available in two powertrain options: 1.2-liter Revotron Petrol and iCNG. The Tiago has also scored 4-stars in the Global NCAP crash tests making for the safest offering it its segment. The safety features on offer include Dual Air Bags, Anti-lock Braking System (ABS) with Corner Stability Control (CSC) & EBD, and Rear Parking Assist.

The new variants of Tata Tiago – iCNG (read our review) and NRG too are feature-packed. The advanced iCNG technology offers segment-first features like Direct CNG Start and Single ECU for both fuels. Meanwhile, Tiago NRG, launched in 2021, is a car known for its sturdy crossover looks.