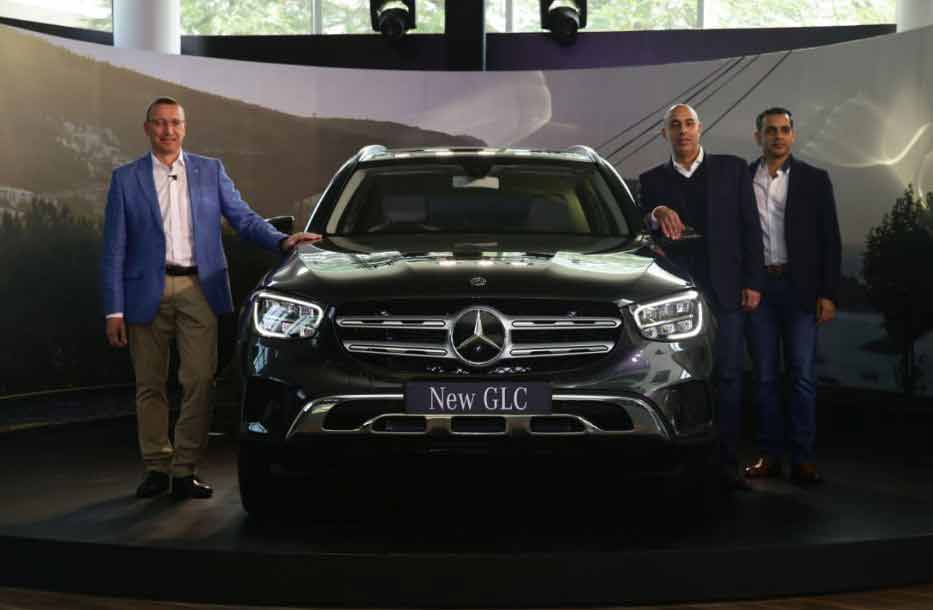 The all-new Mercedes-Benz GLC-Class gets a new operating concept, driving assistance system and a new set of BS6 engines!

Mercedes Benz has finally brought in the latest generation of their popular SUV, the Mercedes-Benz GLC-Class to India. The most important bit inside the all-new GLC is its multimedia system that hosts the latest generation of the MBUX- Mercedes Benz User Experience System. Thus, the new GLC has become the marque’s most tech-savvy model in the locally made SUV lineup.

Good things do not end with just the MBUX onboard, the new Mercedes-Benz GLC-Class is also the first-ever locally made SUV to get the Active Braking Assist. Yes, you hear that right. The next-generation Mercedes Benz GLC, despite being made locally, does not compromise on safety and has the Active brake assist tech onboard and intact!

The GLC has always been applauded for its style, plush in-cabin experience and the space that it has on offer. The new generation is no different on these fronts. Spaciousness, safety, practicality and comfort are still the key attractions of the GLC. 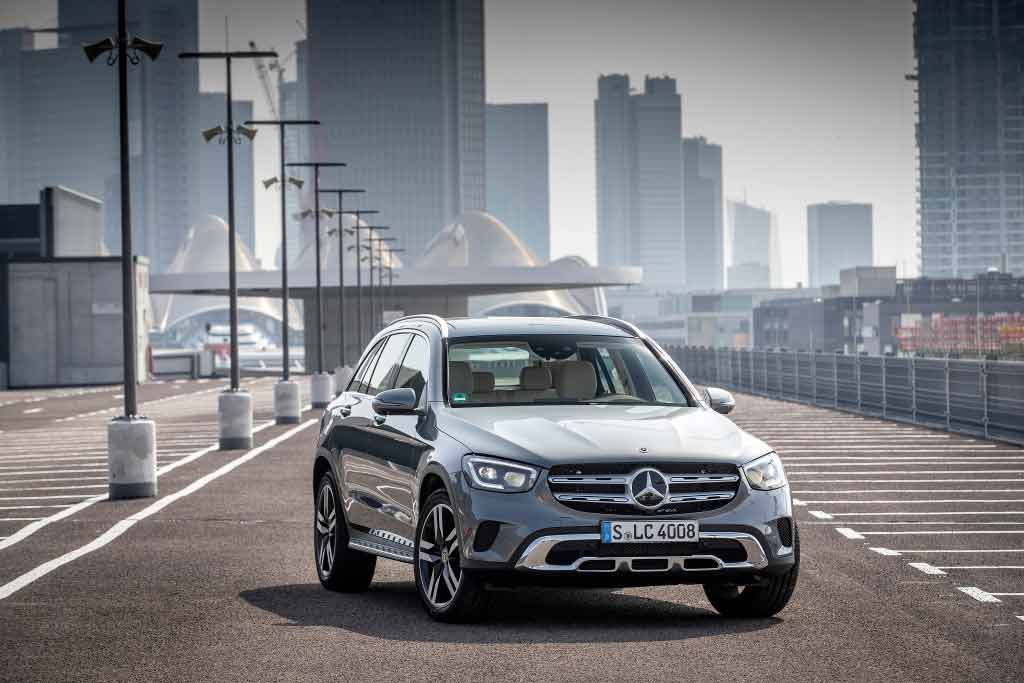 Martin Schwenk, Managing Director & CEO, Mercedes-Benz India commented, “Mercedes-Benz strives towards developing products centered around the customers which ensures the best driving with an equally intuitive experience. The new GLC is the most tech savvy ‘Made in India’ SUV and owing to its popularity, we decided to introduce Mercedes-Benz’s all new intuitive infotainment system – MBUX for the first time. The new GLC combines ruggedness of a SUV with the intelligence of MBUX and luxury appointments synonymous with the Three Pointed Star. We are confident this unique offering will continue to win the hearts and minds of our discerning customers.”

Mr. Schwenk added, “The launch of the new GLC reiterates our product offensive for the Indian market. The new GLC is one of Mercedes-Benz India’s highest selling SUVs, having sold over 7000 units since its debut. The launch of the GLC also marks the introduction of the next generation of MBUX with the aim to improve driver’s interaction with the various systems in the car. The GLC is targeted at customers, who are urban dwellers, tech savvy at the same time adrenaline seekers. The GLC with MBUX makes a compelling proposition in the mid-size luxury SUV segment and we are confident of the vehicle’s continued success of being on top of customer preference.”

The overall design has moved towards the sportier side. There is now generous use of chrome on the outside as standard. With those distinctive lines and bold curves, you feel quite some muscle on the new GLC. LED high-performance headlamps are standard across the range and are now smaller and more raked. At the rear is a bumper that has been totally remoulded and a set of gorgeous full LED tail lamps that now look more beautiful than ever.

Let us now come back to the key USP of this vehicle, the MBUX integrated infotainment system indeed. The MBUX provides a simpler, more convenient and ‘desperately novel’ methods of interaction with the multimedia system. You have the convenience of using gestures, touch or voice commands to interact with the system. You may do any of the following to interact with the infotainment system of the Mercedes-Benz GLC-Class range.

The voice control system itself sees many a change in the GLC. It has been tweaked to read out text messages, operate audio systems or even access vehicle functions. The best part, however, is that you do not need any memorised commands for this. Talk the way you would talk to me or any of your mates and get the job done!

MBUX has integrated into its navigation system, the What3Words tech, that allows for razor-sharp location access.

‘Traditional street addresses just were not built for voice input. Street addresses also use thousands of non-dictionary words, the pronunciation of which can be near impossible to guess. Mercedes-Benz is known for innovation, so it is no surprise to us that it was the first automotive company to integrate our system into their vehicles’ said Chris Sheldrick, CEO and co-founder of what3words.

Talking about the new Mercedes Benz GLC specifications, the vehicle gets the familiar 2.0L, 4 cylinder petrol and diesel engines, but both in their latest generations, that are undoubtedly BS6 compliant. These inline 4 mills let out a healthy 197hp in their petrol and a 194hp in the diesel iterations. 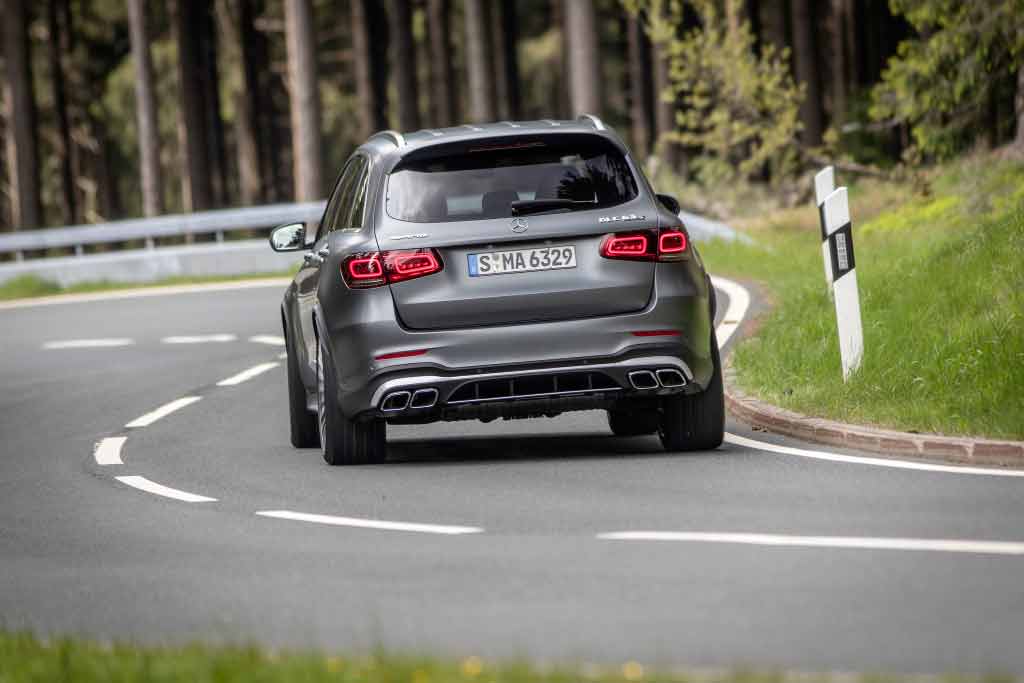 Thus it is obvious that the all-new Mercedes-Benz GLC-Class is aimed at those urban-dwelling adrenaline addicts out there who are equally tech-savvy as well. Will it bring in as much acclaim as its predecessor? What do you think? Let us know through the comments and feel free to share the post as well…